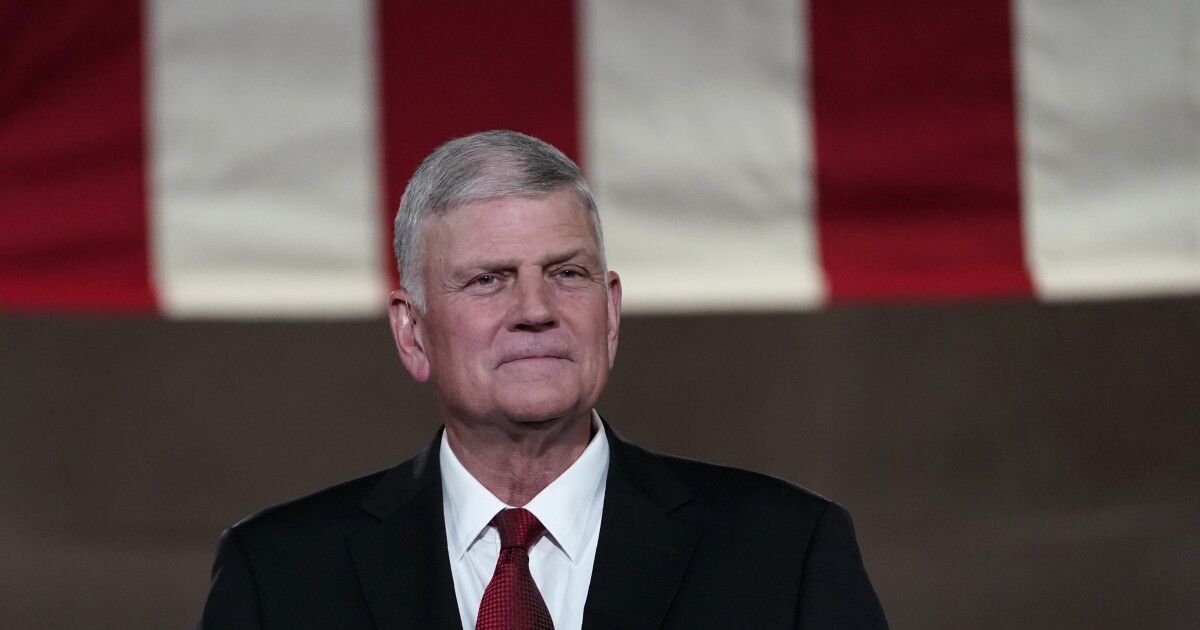 In response to reports of potential pro-abortion protesters showing up outside churches on Mother’s Day, Franklin Graham called on Christians to pack their churches “to celebrate LIFE.”

In response to reports of potential pro-abortion protesters showing up outside churches on Mother’s Day, Franklin Graham called on Christians to pack their churches “to celebrate LIFE.”

Renewed debate of whether the legality of abortion should be managed at the federal or state levels was sparked following the leak of a draft of the majority opinion in Dobbs v. Women’s Health Organization, which indicates the Supreme Court will overturn Roe v. Wade.

In a Facebook post Saturday, the son of late-Christian evangelist Billy Graham issued a response to protesters showing up at churches: “GREAT—BRING IT ON!”

“I hope Christians will attend church this Sunday in greater numbers than ever before — to celebrate and thank God for our mothers, and to celebrate LIFE,” Graham wrote. “These protesters are promoting death, not life.”

“And if protesters show up at churches, I hope they will find the churches packed out, and I hope the church will encourage them to stay and listen to the message—maybe they will hear something that will change their lives,” Graham added.

Ruth Sent Us, a liberal pro-choice organization, posted to social media, calling for protests at various Catholic Churches across the country this Mother’s Day.

Another group, Rise Up 4 Abortion Rights, also announced plans to protest outside Catholic churches while wearing green costumes from The Handmaid’s Tale to compare anti-abortion values to rape and motherhood depicted in Margaret Atwood’s novel.

The protests target the Catholic faith of some of the Supreme Court justices who reportedly supported the leaked draft opinion overturning Roe.