The rush to communism and the New World Order must be exposed for what it is. We have no farther to look than the guides from the past.

From a Time When Communism Was Taught Right – American Thinker<!—->

When I was a senior in high school, I was required to take and pass a government class as a condition to graduate.  My teacher was a retired Illinois state trooper.  Naturally, my teacher had certain opinions about the criminal justice system and the courts.  My teacher was not a big fan of the Miranda decision.  His issue was not against informing a suspect about his rights; it was more about how the landmark decision was used to invalidate many good arrests on picayune issues.  He complained that career criminals, especially murderers, would have their charges dropped by weak judges for matters not related to the arrest.

With this particular teacher, things were black and white, either right or wrong.  There was no middle ground.  I think that because of his law enforcement background, he was also very anti-communist.  He spent minimal time on the U.S. and Illinois Constitution, but we painstakingly labored over the Soviet dissident Aleksandr Solzhenitsyn and The Gulag Archipelago.  We spent several weeks reading and discussing summaries he passed out in class.

The final exam was even more intense.  We spent a whole month reading various accounts of Russian MiG pilot Victor Belenko’s life under communism and his final decision to defect to the West.  Each of us in the class had to read the newly printed Reader’s Digest condensed book on the subject.  We had to read and become familiar with MIG Pilot:  The Final Escape of Lieutenant Belenko.  We had to read about his childhood, his education, and his interactions with party officials and their inane attempts to convey how wonderful life was under the regime.  Without giving away the plot of the story, some of the pieces illustrate how insane the leaders will go to spread propaganda, no matter how ridiculous.

The teacher also had a refugee from East Germany come and speak to our class.  This young man had jumped out of a hotel window and run across a guarded street to freedom.  The former citizen of East Germany told our class about the perils of living under communism — shortages of food and basic needs, long lines waiting for food and basic items.  The communist government controlled every aspect of your life and job, including where you lived.  Most of all, the former East German told us that he had no rights.  The government could search you or jail you at any moment.  It was even possible for someone to just disappear and never be seen or heard from again.

Understandably, the class came away with an understanding of the evils of communism.  In a small way, he successfully showed us the superior nature of our republic and its constitution.  In short, we had rights.

Fast-forward to today.  First, I doubt that any teacher would have the courage or even be allowed to teach that material.  Instead, educators today like to highlight the merits of communism in Russia, Cuba, Venezuela, and especially China.  We see now that China is showering entities like the World Health Organization and many organizations in the United States with Chinese cash so they toe the party line.  Many universities, think-tanks, and media have been corrupted.  Many corporations are beholden to cheap labor — think slave labor — to produce their goods and services.  Others provide service contracts that are configured to the restrictive nature of China.  These same companies hope to export their restrictive contracts from China to the United States.

Climate change hysteria is pushing for the elimination of fossil fuels in the United States and elsewhere.  The World Economic Forum is driving these changes on behalf of the Chinese government,  Meanwhile, China is clamoring for the purchase and extraction of American minerals and building fossil fuel plants without pollution controls at an exponential rate to fuel its economic growth and rising influence in the world.

We have seen social media platforms ban freedom of speech.  We have seen certain journalists excluded from press conferences in Arizona and then watched the journalists be herded off government property by deputy sheriffs.  Later, these same journalists were tracked by flying drones like what we have seen the Chinese Communist Party employ against its COVID-19 dissidents.

The American news media frequently slant or omit the true news of the day.  The American viewer has been fed a steady diet of propaganda.  We have seen false stories about “Russia, Russia, Russia”; the “Big Lie”; and “J6.”  Peaceful American citizens, including many veterans who fought to protect our rights, are being held in the District of Columbia jail in terrible conditions and without being formally charged.  Over two years have passed, and many still have not had a speedy trial.

While my teacher did not make us read 1984 by George Orwell or Brave New World by Aldous Huxley, the key themes and passages were discussed by our teacher.  These two books were already covered in our English class and were familiar to most of us.

At the time of my senior year, I was more interested in the blonde girl who sat in front of me and applying to a college that I would later attend.  However, enough residue clung to my brain in those classes to help me recognize what is now happening to my country.  Our freedoms are being eviscerated and our way of life stolen from us all.  Our jobs and our wealth are being exported to China.  Our famous tech companies, founded on freedom and laws, are ironically relocating their factories and data centers to China and being supported by slave labor and using dirty energy with no pollution controls.  Younger workers, who have been indoctrinated into a communist way of thinking at our finest schools, are stifling our freedom of speech — sometimes with the help of the government.  Our elections are being subverted for a desired political outcome before our eyes with mail-in ballots and mules.  But in the eyes of communists, this is all okay, because if you do not agree, you are a bigot, an extremist, or an election denier.

I am not a communist.  I know better.  I am not any of these things that my government, the media, or their allies call me.  Like my government teacher, who taught me well, I know the difference between right and wrong.  There is nothing right about communism, as many Cuban and Vietnamese refugees will tell you firsthand.  Capitalism and the U.S. Constitution made America a free and great nation.  Millions of immigrants who came here agree with this concept.

I owe a debt of gratitude to my government teacher for his intense teachings of the evils of communism.  But more importantly, we all owe a bigger debt to those whose shoulders we stand on when we inherit this country.  Many who fought and died were never even old enough to vote, yet they were so devoted that they gave their all so others could.  We owe that same opportunity to those who will be standing on our shoulders, too.  Our children and grandchildren deserve the same rights and opportunities we have enjoyed and benefited from.

The rush to communism and the New World Order must be exposed for what it is.  We have no farther to look than the guides from the past.  These same patterns and practices are all happening again.  Aleksandr and Victor understood and shared their experiences with us.  We need to remember and share these stories before it is too late!

I am reminded of a quote from the book The Identity of Junius (page 164): “We owe it to our ancestors to preserve those entire rights which they have delivered to our care.  We owe it to our posterity not suffer their dearest inheritance to be destroyed.” 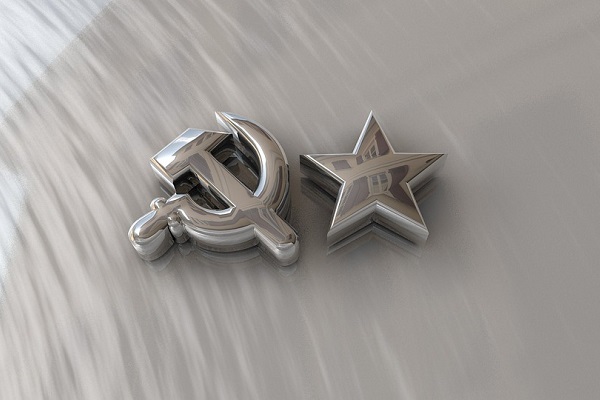