The more details emerge from Uvalde, the more disheartening the picture becomes.

As revolting a spectacle as it was, it was scarcely surprising (considering the source) that in the immediate aftermath of the horrific killings at Uvalde, the “President” hobbled to a microphone to rehash stale partisan lies designed to defame half the nation and to scapegoat his political adversaries – even sinking so low as to repeatedly enlist God as his partner in this disgraceful, transparently self-serving stunt.

In his screed, Biden delivered a litany of angrily couched, divisive lies. While the trotting out of these recycled, cheap falsehoods is galling, one of the most offensive aspects of Biden’s hateful little rant was its subtext. Biden’s falsehoods were delivered in a tone that implied the Uvalde tragedy gives Biden and his political allies a license to gloat over the victims and to proclaim accusatorily “See! We told you so! You wouldn’t let us have our way, and now this happened!”

As if murderous evil were amenable to “common sense” regulation — as though a depraved mind will always wilt in the face of wishful thinking and cease its vile quest for the means to mayhem if only countered by the mildest discouragement of poorly crafted, arbitrarily imposed regulatory restrictions. As has been noted elsewhere, none of the proposed gun control measures demanded by the Democrats would have stopped Uvalde from happening (a pump shotgun would have been just as devastating as a semi-automatic rifle in this instance) and beyond that, no national trauma should be used as an occasion for petty political denunciation.

The more details emerge from Uvalde, the more disheartening the picture becomes. The reporting of recent days has called attention to the role that negligent security practices at the school (along with the inexplicable delay and hesitation of the police) may have played in worsening the tragedy. We are also compelled to recognize that this horrific episode was ultimately rooted in a failure to effectively address, or even recognize, yet another individual case of dangerously deteriorating mental health. How can such madness go unnoticed? Why was there no intervention? This was clearly someone that should not have been able to pass a background check — and yet did, and that must be addressed. Here, perhaps, is an opportunity for bipartisan action; evidence of adolescent insanity should prohibit one from purchasing a firearm as a legal adult.

Leaving these issues aside, let us return to the episode’s predictable political exploitation. For some days now, we have been subjected to hysterical demands for gun control, often more or less openly trumpeted as justified revenge against the nation’s gun owners, who once again stand accused of silent complicity in an act of criminality by an insane perpetrator. Owing to this episode, one now hears the usual demands for gun banning and confiscation.

But is one not permitted to ask: why is it that when a black supremacist used an automobile as a murder weapon in Waukesha, Wisconsin killing six and injuring over 60, no one in the national press lunged into a hyperventilating screaming fit demanding the punishment and de-vehicularization of every car owner in the country? Why is it that gun owners are always blamed when a criminal grievously misuses arms that they themselves lawfully and responsibly possess? 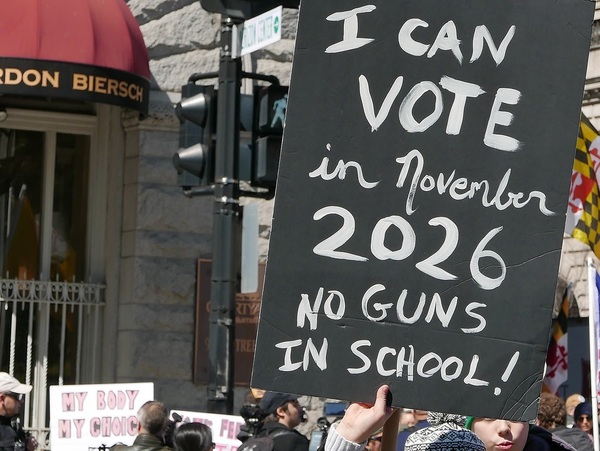 Moreover, we are told that the United States, to its eternal and irremediable shame (owing to its barbaric adoption and baffling retention of the Second Amendment) is the only nation in which these incidents happen but let us temporarily accede to this false claim so as to elaborate upon its implied line of reasoning. We Americans, it seems, should hang our heads in shame, and our “President,” we are told, is embarrassed when he is placed in the awkward position of having to explain to foreign dignitaries why our nation (unlike theirs) is occasionally beset with these violent episodes.

The Second Amendment was devised in large measure to provide an ultimate counterweight to a potentially oppressive government; its institution is part and parcel of the decentralization of power that the founders sought to establish in the interest of securing the indefinite preservation of political liberty. The Second Amendment exists to ensure that the public possesses the means to resist the imposition of tyranny. So long as the public possesses these means, tyranny is far less likely. So an armed citizenry, one might say, represents a standing denial of opportunity to any aspiring tyrant or dictator, inasmuch as an armed public imposes so great a cost on violently subduing the nation as to make it effectively impossible.

Such standing precautions are easily laughed off by the Second Amendment’s detractors, who simply cannot imagine a plausible scenario in which the American people would find themselves compelled to offer armed resistance to their own government. And in a sense, we freely acknowledge, they are right to find such a scenario ridiculous — it is ridiculous, because no marginally sane government would dare provoke an armed citizenry to active resistance. The reason we may rest assured that our government will not grotesquely abuse us is that we possess the effective means to resist its agents, were it to attempt to do so. But without these means, where would we stand vis-a-vis a violently abusive government?

So — to return to the point from which we had departed — our “President” finds himself embarrassed in the presence of foreign dignitaries. Alas! How this, our shameful, archaic heritage, must burden the commission of his office! He has our sympathies, of course, but before we rush to wallow in our seemingly deserved national shame, are we not permitted to ask: where is our Auschwitz? Where is our Sobibor? Our Treblinka? Where is our Holodomor? The Khmer Rouge in Cambodia killed roughly one third of their countrymen; Chairman Mao is said to have killed over 50 million of his — where is the analogous American experience? Could it be that disarmed populations are left prey to violently abusive governments in ways that we Americans have never been — and are not now — owing to the Second Amendment? Could this unique American institution merit some gratitude inasmuch as it preemptively nullifies government-sponsored genocide as a viable project?

And we would also oblige the smarmy, hectoring, anti-Second Amendment screamers to acknowledge that in demanding our disarmament — either incrementally, or all at once — they are also championing the establishment of a police state. For what else would one call a regime which works to ensure that the means of effective armed resistance are held solely by the military and the police — institutions exclusively devoted to enforcing a state’s claim to authority over its subjects?

Lastly, let us answer for our obstinate resistance to “common sense” gun control measures. Such proposals — despite the catchy little moniker undoubtedly poll tested to appeal to wine moms and other assorted low information voters — are always and without exception misdirected simple-minded non-solutions — and they should be denounced as such. The violence that afflicts our society at virtually every level stems from mental illness, family breakdown, and drug abuse, and not from the legal private ownership of firearms of which a gaggle of overprivileged, ignorant hacks happens to disapprove. And one more thing: we advocates of the Second Amendment hurt no less when a Uvalde happens than do our professional detractors; our thoughts and prayers are no less sincere than theirs. We grieve for the children and hurt with the parents, just as they do. Any effort to suggest otherwise is utterly despicable. The nation deserves better than vulgar denunciations and histrionic hissy fits designed to spark and fuel a general moral panic. What we deserve is a thoughtful, thorough response to the problem of untreated mental illness along with stronger and more effective measures to protect our schools.