The Democrats used their constitutional remedies against President Trump by impeaching him twice. Now they want to throw him and his supporters in jail.

This week, Adam Schiff and his friends on the Jan. 6 Select Committee have been pushing a new “Big Lie” on America, that President Trump conspired with state GOP leaders to present “fake Trump electors” on January 6, 2021, whose votes would be substituted for the “real” Biden electors during the ceremonial public count of the votes by the vice president in the Capitol.

According to the breathless committee script, it was a classic switcheroo, conducted in top secret, all by word of mouth or by encrypted text messages, please. In Michigan, electors were said to have hid out in the Capitol building overnight so they could cast their ballots legally in the morning without being detected.

Schiff presented these claims in an eight-minute Sixty Minutes style video, narrated by the committee’s investigative counsel, Cosey Lucier, who drove the theme home, presenting snippets of a “secret” meeting of the Arizona “fake electors” presided by state GOP chairwoman Kelli Ward and “fake electors” themselves.

This is how propaganda works. You present one side of the story, you label it, and then you repeat repeat repeat.

Ms. Lucier was no doubt aided by former ABC News executive James Goldston, hired by the committee earlier in the month to “produce the hearings as if they were a docudrama or a must-watch mini-series,” according to the NY Times.

The only problem with this latest Big Lie is that it isn’t true. When citizens vote for president and vice-president they actually vote for a slate of electors. Every state in the union has two slates of electors and both of them gather after the election to cast their ballots for their candidate. Only one slate of electors gets certified by the state legislature.

RNC chairwoman Rhonda McDaniels correctly called this second set of electors “contingent electors,” but that was ignored by the Jan. 6 gaslighters.

As any of the 74 million Trump voters who were paying attention before, during, and after the 2020 election knows, the issue of “contingent electors” was debated rigorously in public. Electors in seven states cast dueling votes for Trump and Biden. Memos from opposing lawyers were presented to the President — and purposefully leaked to the press. The legal theory on the President’s side was that the Vice President had “plenipotentiary” powers, meaning that he could decide by himself on Jan. 6, which set to electors to accept. 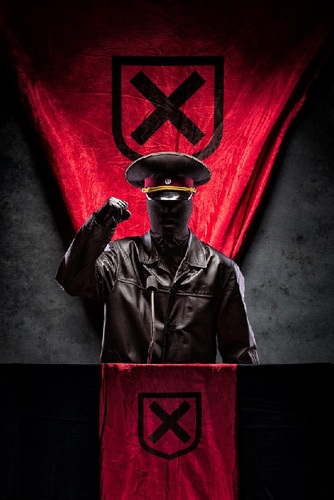 Few Republicans agreed with that theory. Mike Pence certainly didn’t, and when approached by a staffer for Senator Ron Johnson of Wisconsin to accept contingent elector certificates from Wisconsin and Pennsylvania, he refused. Now, of course, Democrats are using that fleeting incident to attack Senator Johnson in his tight re-election race.

In live testimony before the Jan. 6 committee on June 23, former Acting Deputy Attorney General Richard Donaghue acknowledged that the Department of Justice vigorously opposed all efforts to investigate the 2020 election. “We are not quality control” when it comes to elections, he told the committee. If states ran defective elections “it is up to the states or Congress to correct, not the Justice Department.”

And while RINO Adam Kinzinger got him to describe how DoJ “investigated” President Trump’s claims of election fraud by rehashing the denials from compromised officials at the time, he conceded that “the American people do not constitute a client of the U.S. Justice Department, only the American government does. We simply did not have standing” to intervene in the dozens of court cases involving alleged voter fraud. And they didn’t.

One DoJ attorney, Jeffrey Clark, was prepared to intervene. For his courage, President Trump planned to name him acting attorney general in January 2021. For his courage, Clark has been vilified by the media, the Jan. 6 Committee, and was dragged out of his home in his pajamas on Jan. 22, 2022 in a pre-dawn raid by FBI goons, who seized his electronics apparently on orders from Biden’s Department of Justice.

Arizona GOP chair Kelli Ward and her husband, also a Trump elector, were presented with grand jury subpoenas this past week as well.

We are witnessing the arrival of a Banana Republic in our country. When one side in a heated political environment criminalizes their opponents because of their political views, our Republic dies.

The Democrats used their constitutional remedies against President Trump by impeaching him twice. Now they want to throw him and his supporters in jail.

Why? Because they know they are losing the battle of public opinion and will lose fair elections against Trump allies in November and against Trump himself in 2024.