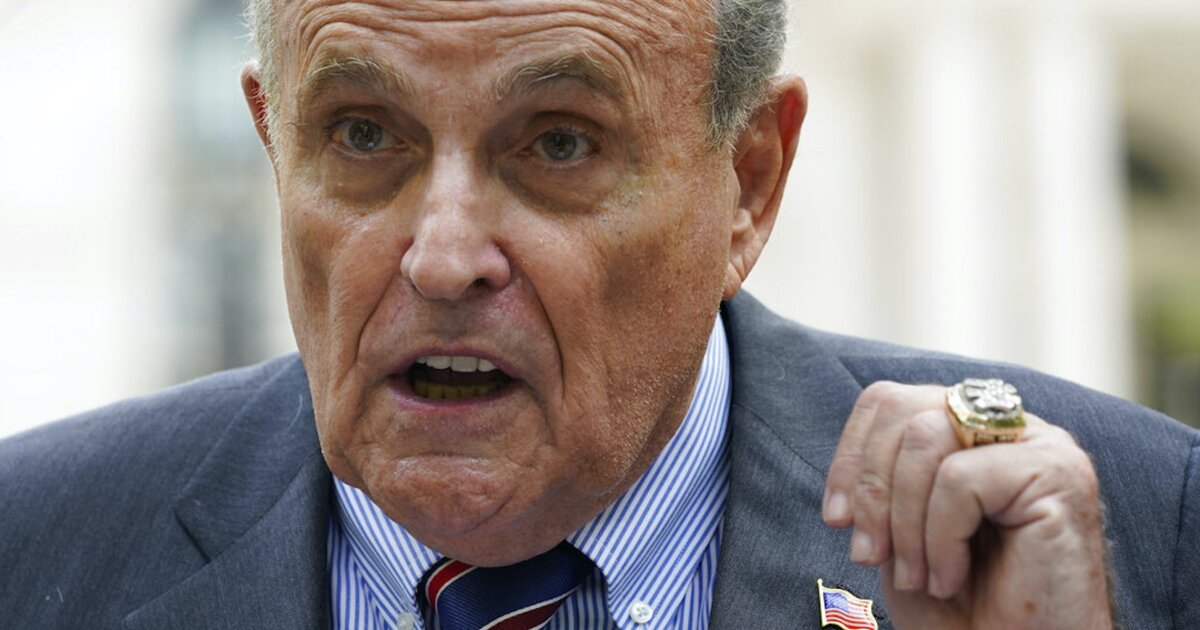 Rudy Giuliani is trying to ward off a $2.7 billion lawsuit with a countersuit of his own.

Rudy Giuliani is trying to ward off a $2.7 billion lawsuit with a countersuit of his own.

“Smartmatic’s litigation tactics, including its facially implausible damages claims, are a naked attempt to attack a well-known public figure,” Giuliani said, according to Reuters.

Giuliani was a key player in the former president’s efforts to overturn the 2020 election via legal action. The former mayor urged Trump on election night 2020 to declare victory before vote-counting finished. Witnesses who spoke with the Jan. 6 committee investigating the attack on the Capitol suggested Giuliani was drunk at the time, a claim he rejected.

Spearheaded by Giuliani, a team of lawyers for Trump filed a litany of lawsuits across the country, challenging the idea that President Joe Biden won the election.

Trump’s lawyers had a particular interest in attacking the voting machines used in 2020, attempting to cast doubt on Smartmatic and Dominion Voting Systems.

Regarding Smartmatic, Giuliani and others charged the company was a Venezuelan company being controlled by dictators in socialist countries. Trump’s lawyers said the machines, which were used in several states with close contests, systematically switched votes cast for Trump to Biden.

Smartmatic said Giuliani and the others “invented” facts to prop up their claims about a rigged election.

Giuliani told the Washington Examiner at the time the suit was filed against him that the suit “presents another gold opportunity for discovery. I look forward to litigating with them.”

The Washington Examiner has reached out to Giuliani for comment.