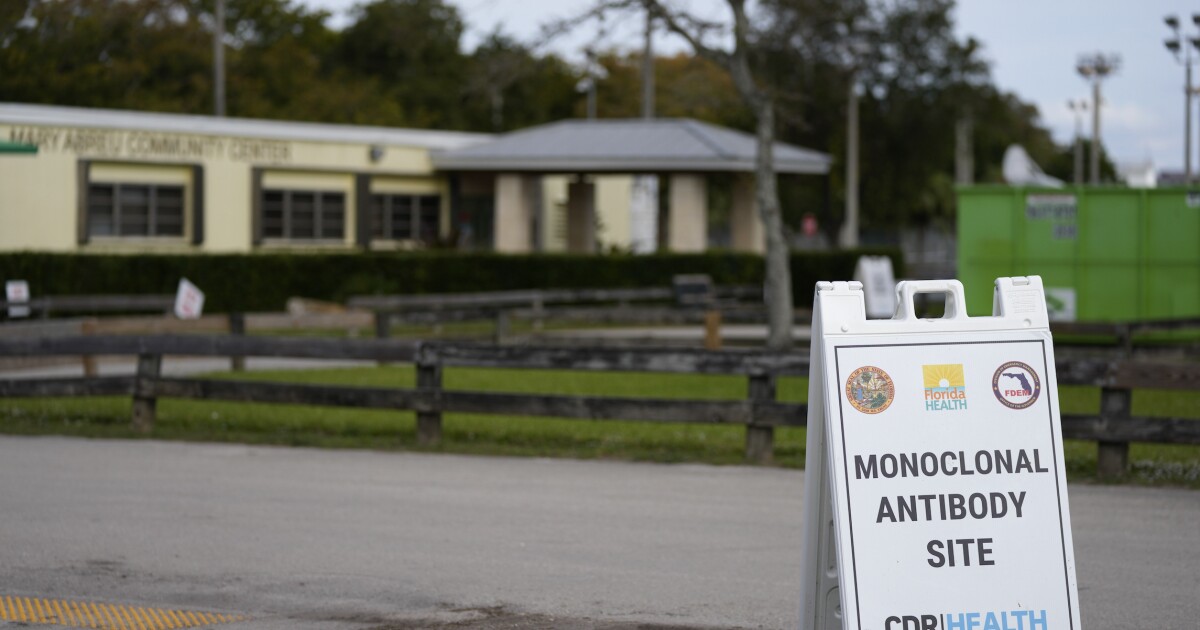 Senate Republicans are demanding answers from the Biden administration about a federal contract signed with KPMG last year to promote monoclonal antibody treatments that they argue did little to forestall shortages of the therapeutics, which were badly needed as thousands died of COVID-19.

Senate Republicans are demanding answers from the Biden administration about a federal contract signed with KPMG last year to promote monoclonal antibody treatments that they argue did little to forestall shortages of the therapeutics, which were badly needed as thousands died of COVID-19.

The Biden administration entered into a contract worth about $142 million with the accounting firm in March 2021 that was meant to help accelerate access to monoclonal antibody treatments for COVID-19 patients. But several Republicans on the Senate Health Committee, including Tommy Tuberville (R-AL), argue that the pricey deal did nothing to increase the supplies of the treatments, particularly during a national shortage last year. Now, they say the Biden administration is snubbing the committee and withholding information about the purpose and outcome of the costly contract.

“We’ve asked questions in hearings. We have followed up on the letters that we’ve sent. We’ve heard nothing back. There’s no communication with any of us on the Republican side,” Tuberville said.

Tuberville and several other GOP members of the Senate Health Committee, including ranking member Richard Burr (R-NC), have maintained pressure on the administration through written letters and questioning in hearings to disclose to them what the exact purpose of the contract was and what it accomplished. Despite months of petitioning for details from Biden administration officials about the purpose of the contract, Burr and Tuberville said they have not received adequate responses from the administration.

“The administration’s unwillingness to clarify how the KPMG contract advanced the procurement of the mAb treatments is concerning, especially as they request billions in additional COVID-19 funding from Congress,” Burr told the Washington Examiner.

The Department of Health and Human Services told the Washington Examiner that the contract was canceled in January 2021 due to the changing uptake and landscape of available treatments in the United States, which now include Pfizer’s antiviral Paxlovid and Merck’s molnupiravir.

The cancellation earlier this year coincided with an announcement from the Food and Drug Administration that the Eli Lilly and Regeneron monoclonals used in the previous delta surge were ineffective against the omicron variant. But the uptake and landscape of available treatments looked very different in September during the worst of the shortage of monoclonal antibodies compared to the landscape today, and Republicans argue the contract should have been able to remedy the shortage during the delta wave, when more treatments were most desperately needed.

The contract with KPMG was meant to help the government develop ways to deliver monoclonal antibody infusions to disadvantaged communities. The firm launched a site, Crushcovid.com, to get the word out about the benefits and availability of the monoclonal antibody treatments. Republicans on the committee called the site’s geographical coverage, which included a smattering of providers in 18 states, “woefully inadequate.” As of September 2021, roughly 16,000 monoclonal antibody treatments had been administered as a result of the KPMG contract since March 2021, compared to about 40,000 treatments administered by the state of Florida alone by that time.

KPMG spokesman Russ Grote told the Washington Examiner that “KPMG is proud of our work to support all levels of government, health systems, provider networks, and more to provide greater access to life-saving treatments for underserved and disadvantaged communities during the pandemic.”

The administration cut back on deals with manufacturers to produce more monoclonals in the spring of 2021 despite simultaneously striking the deal with KPMG, according to the Senate committee. Instead of scaling up much-needed supplies of the therapies, the administration favored vaccine and mask mandates as key measures to emerge from the pandemic. But in many states, particularly in the South, neither mandate was popular, and many people relied on the treatments to stay out of the hospital more than they did on vaccinations. Southern states, including Florida, Louisiana, Texas, Alabama, Georgia, and Tennessee, were responsible for using about 70% of the national reserve, prompting the administration to begin rationing supplies.

The White House has requested about $10 billion more in emergency pandemic funding to boost domestic supplies of vaccines, tests, and therapeutics, but congressional Republicans have demanded a detailed list of expenditures using the trillions in federal funding before agreeing to spend more.

“Without greater transparency and accountability, additional funds for therapeutics and the next generation of vaccines are going to be hard to get through Congress,” Burr said. “The Senate HELP Committee will continue to press HHS on its long-term strategy for COVID-19 therapeutics and hold the agency accountable for its use of taxpayer funding.”

The administration has been throwing “money out of helicopters,” according to Tuberville, but is still scrambling to boost the necessary supplies of vaccines, monoclonal antibody treatments, tests, and other therapeutics. Tuberville, who has been in close contact with healthcare providers in Alabama who have experienced the therapies shortage firsthand, said the onus was on the Biden administration to spend federal funds wisely in order to ready the country for the next outbreak.

“I’m just sick and tired of hearing about something that they should have done a year ago, and now they’re just now getting around to it,” he said.