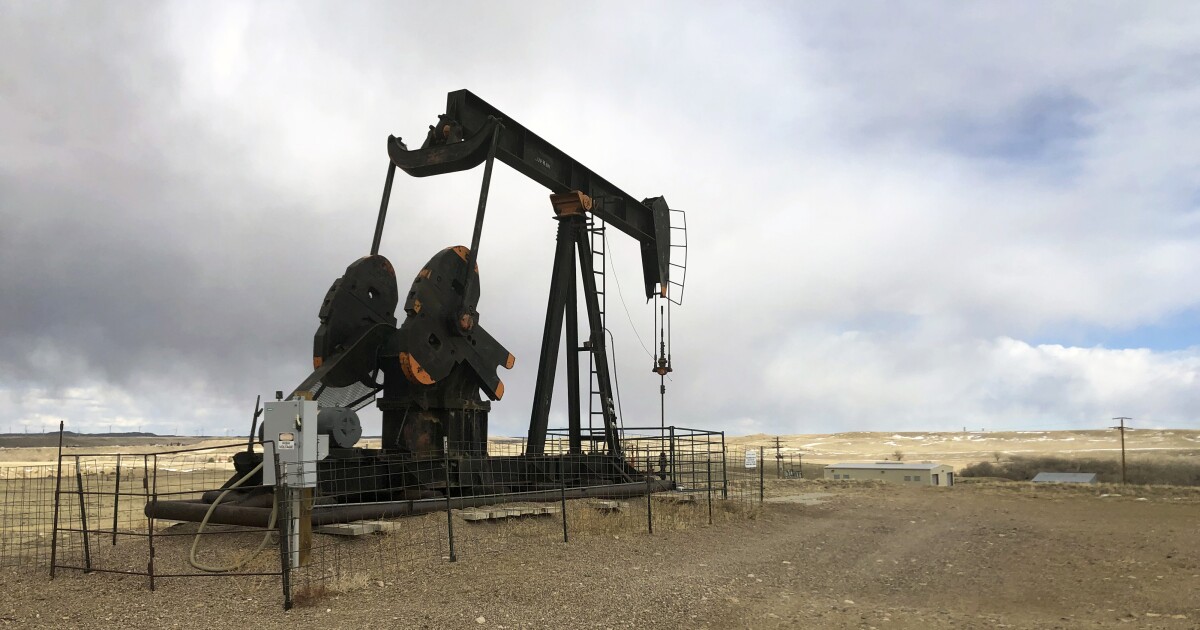 Environmental groups are hopeful the Interior Department will pull the plug on any number of thousands of oil and gas leases issued during previous administrations after it completes a retroactive review of their underlying environmental assessments.

Environmental groups are hopeful the Interior Department will pull the plug on any number of thousands of oil and gas leases issued during previous administrations after it completes a retroactive review of their underlying environmental assessments.

It would be a welcome outcome for green nongovernmental organizations, whose legal challenges against the lease sales in question have resulted in Interior’s reassessment and whose successes of late in their campaign to rein in oil and gas leasing have been overshadowed by congressional action favoring new development.

Interior is taking another look at the environmental review work performed for dozens of lease sales conducted during both the Obama and Trump administrations pursuant to a series of court decisions and legal settlements entered with green groups. The groups argued that the agency failed to consider the full environmental effects of the lease sales, including the potential greenhouse gas emissions associated with the development of the leases.

The Bureau of Land Management, the Interior agency tasked with managing mineral leasing on public lands, published a supplemental environmental assessment in November that gave out fresh estimates of the prospective emissions footprints of the leases.

The BLM, which is taking comment on the supplemental environmental assessment through Dec. 27, said its pending decision on how to carry forward would decide “whether to affirm previous leasing decisions from the February 2015 to December 2020 lease sales for the subject leases,” implying it may void leases.

That clause from the BLM stood out to Jeremy Nichols, the climate and energy program director for WildEarth Guardians, which was the lead plaintiff in the five lawsuits undergirding the government’s reassessment of the leases.

“They’re acknowledging that as part of the process, they’re going to decide whether they’re going to reaffirm these past leasing decisions or decide to take a different approach, which could include canceling them altogether,” Nichols told the Washington Examiner.

The government’s review is a win for the environmentalist movement, which has faced numerous roadblocks recently in its campaign against expanded mineral leasing and drilling on public lands — even under a Democratic president who largely shares its aims.

Among those roadblocks are the new pro-leasing leasing provisions passed in the Inflation Reduction Act, the green energy and healthcare spending bill that was passed in a party-line vote in August.

The law is revamping oil and gas leasing thanks to language, finalized at the demand of a make-or-break vote from Sen. Joe Manchin (D-WV), that incentivizes the Biden administration to lease lands for mineral development.

Other provisions directly ordered oil and gas lease sales, and Interior has followed through with scheduling multiple onshore and offshore lease sales since the law was passed.

The new leasing has frustrated Biden’s environmentalist constituency, as it wants the department to use its discretion to delay or limit leasing more aggressively.

“It definitely kind of transcends political administrations and affiliations,” Nichols said, pointing to the fact that the BLM is assessing Obama- and Trump-era leasing, “but it really speaks to just how when we got leasing program has just been implemented in such a way as to defy climate science and the reality of climate change.”

The Biden administration has been under competing pressure from oil and gas industry groups, which have filed multiple lawsuits against Interior for not holding lease sales more regularly, and critics have accused the administration
of pursuing policy by settling in suits with outside allies.

Trade groups such as the American Petroleum Institute have opposed the department’s legal settlements providing for the reconsideration of past environmental assessments, arguing the settlements violate an existing 90-day statute of limitations against leasing decisions provided in the Mineral Leasing Act.

Kathleen Sgamma, the head of the Western Energy Alliance, said she expects the outcome of Interior’s supplemental environmental assessment of the past leasing decisions to be more procedural in nature by including new estimates of greenhouse gas emissions, as opposed to a more significant decision like voiding leases.

“If they try that, we’re going to sue them,” said Sgamma, whose group filed suit against the administration Monday due to the lack of a third-quarter oil and gas lease sale.