Every single day our electrical grid remains vulnerable, we are in grave danger.

Harden the Electrical Grid, or Suffer the Consequences – American Thinker<!—->

Almost 50,000 Duke Power customers in Moore County, N.C. were left in the dark on Sunday night in what has been called a domestic act of terrorism.  A curfew is running from 9 P.M. to 5 A.M. as schools close and crime spikes.  Most customers remain without heat, refrigeration, and water.

Duke Energy spokesman Jeff Brooks said, “We are looking at a pretty sophisticated repair with some fairly large equipment and so we do want citizens of the town to be prepared that this will be a multiday restoration for most customers, extending potentially as long as Thursday.”

The attackers knew “exactly what they were doing,” said Moore County, N.C. sherriff Ronnie Fields.  “It was a gate, and they went through the gate, got at the substation, and shot it as well. … It wasn’t random.”

While the liberal media immediately started blaming “right-wing militants” because of a nearby gay pride march that afternoon, the broader implications of the attack have been largely ignored: our power grid is completely vulnerable to anyone with a gun and the knowledge of where to shoot.

Grid News reports that there are more than 55,000 such power stations throughout the country, and “[t]here were 70 reports of emergency electric incidents and disturbances caused by suspected physical attacks, sabotage or vandalism from January to August 2022, Grid’s analysis of the most recently available data from the Department of Energy found. That figure represents a 75 percent increase from 40 such reports in all of 2015[.]”

Jon Wellinghoff, former chairman of the Federal Energy Regulatory Commission, said these gun attacks are “a problem that should take a relatively little amount of money and time to rectify, and one that can be taken care of with a few measures that would obstruct these pieces of infrastructure — primarily transformers — from view and from harm from projectiles. … Something as simple as sandbags would be effective,” Wellinghoff told Grid.  “It’s not rocket science here that we’re talking about to be able to protect these things.  And it’s not billions of dollars to protect these things either.  It’s several millions.”

For 20 minutes, gunmen methodically fired at high voltage transformers at the Metcalf Power substation. Security cameras captured bullets hitting the chain link fence. … The gunmen disappeared without a trace about a minute before a patrol car arrived. The substation was down for weeks, but fortunately PG&E had enough time to reroute power and avoid disaster. … [It] could’ve brought down all of Silicon Valley.

They never caught the perpetrators, but Wellinghoff concluded, “It was somebody who did have competent people who could in fact plan out this kind of a very sophisticated attack. … It was actually a very shocking result to us that there’s very few number of substations you need to take out, in the entire United States, to knock out the entire grid. … Less than 20.”

But vulnerability to gunfire isn’t the most pressing concern.  This past year, DOE secretary Jennifer Granholm told CNN that enemies of the United States have the capability to shut down the power grid, and “there are very malign actors trying, even as we speak.”

The Senate Republican Policy Committee issued a report concluding that “[t]he U.S. electric grid is vulnerable to cyberattacks that could result in catastrophic, widespread, lengthy blackouts and other loss of electrical services. … Russia, North Korea, Iran, and China currently have the capability to launch cyberattacks that could disrupt critical infrastructure.”

The report noted, “In 2015, the insurance underwriter Lloyd’s developed a scenario for an attack on part of the Eastern Interconnection, which provides power to around half of the U.S. Under the scenario, an attack targeting power generators would cause a blackout in 15 states and the District of Columbia, leaving 93 million people without power.”

This is not new.  The SRPC report continued:

There are precedents for cyberattacks causing blackouts. In 2015, a cyberattack on a utility substation in Ukraine shut off power to 225,000 people for several hours. It was the first time a cyberattack was publicly acknowledged to have caused a power outage. The director of national intelligence later attributed the attack to “a state actor with considerable technological resources.” …

Russian hackers targeted a Saudi Arabian petrochemical company in 2017, shutting off the safety systems used to prevent an explosion. In 2018, DHS and the FBI issued an alert that for the first time publicly charged “Russian government cyber actors” with targeting and penetrating a variety of critical infrastructure facilities and sectors in the U.S. The alert said the Russian hackers had gained remote access to “energy sector networks,” which they used to conduct network reconnaissance, move through the systems, and collect information pertaining to ICS.

A successful, long-term shutdown of our power grid would plunge the United States into a new “Dark Age” and end our society as we know it.  Tens of millions of people would die from starvation and violence.  The survivors would be vulnerable to attack from foreign forces.

This issue has been discussed extensively for decades, but our leaders in Washington, D.C. have failed to act, even though the cost to “harden the grid” would be less than $10 billion.  In an age where billions are spent on scores of useless government projects, why isn’t something being done?

Perhaps this is a clue.  OpenSecrets.com reports that the electric utilities have spent hundreds of millions in lobbying efforts to resist efforts to safeguard and modernize the grid.  These include campaign donations to House and Senate members and $1.2 billion in federal lobbying efforts over a ten-year period.

And of course, China is involved.  In 2020, the Department of Homeland Security stated that “we remain concerned about China’s intent to compromise U.S. critical infrastructure in order to cause disruption or destruction.”  China produces much of our critical electric grid components with no oversight as to their vulnerability and is well known for quashing U.S. legislation it disapproves of.  TikTok is one thing; controlling our electric grid is much more deadly.

Michael Mabee is an electric grid security expert who has worked tirelessly to “Secure the Grid” and recommends actions to take to protect from these threats, mostly involving talking to your representatives and supporting candidates who promise to take grid security seriously.

Are our leaders so stupid that they can’t see the writing on the wall?  Or is the country purposely being left vulnerable?  Have we been extorted by China or Russia?  “Don’t fix your grid, or we will shut it down first”?  With ongoing revelations about the level of corruption and infiltration of our government and federal agencies, we are left with little trust that the interests of the American people are being considered. 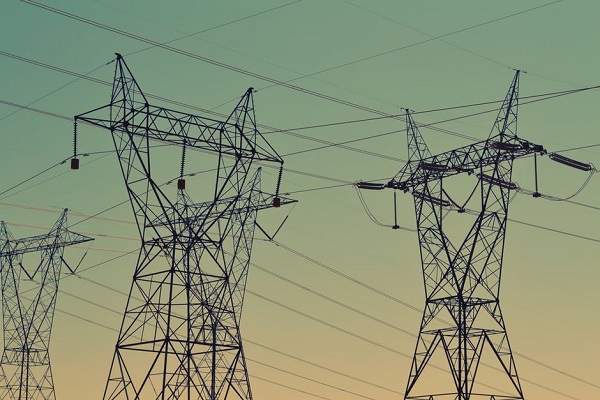