Why all these lies?

On April 24, the grand imam of Islam’s most prestigious institution, Al Azhar, delivered an address before the heads of state, with Egyptian president al-Sisi sitting in the front row, during state-level celebrations of Laylat al-Qadr (the “Night of Power”), which, in Islamic teaching, is the night when Allah first revealed the Koran to Muhammad.

Considering the occasion of the speech and the speech-deliverer himself, Grand Imam Sheikh Ahmed al-Tayeb, Islam was praised to the ceiling.  Of especial interest, however, was al-Tayeb’s rendition of history.  At one point, he said:

In just a few years after the death of the prophet Muhammad (Allah pray on and grant him peace), the Islamic conquests [literally, “openings,” futuhat] caused the two most powerful empires that divided and controlled every corner of the Middle East to collapse, and their lands in Iraq, Syria, Egypt, and North Africa to become Islamic lands to this very day.

This is true.  The two empires the sheikh refers to are the Eastern Roman Empire (“Byzantium”) and the Sassanian Empire of Persia.  Most of the lands cited by al-Tayeb — from Syria and Egypt in the east to Morocco and Algeria in the west — were Christian and governed by the Eastern Roman Empire.  Only Iran and parts of Iraq were under Sassanian rule and Zoroastrian in religion.  During the seventh century, the Muslims conquered and Islamized all of these lands.

As usual, however, when it comes to Islamic retellings, facts are quickly mingled with fiction.  After making the above statement, al-Tayeb offered this:

These [Muslim] conquests were not conquests of colonization that rely on the methods of plunder, oppression, control, and the policies of domination and dependency, [all of which] leave nations in ruin.

He went on to condemn conquests of colonization that are about oppression and plunder — a swipe at Europe’s historic colonization of the Middle East — before continuing:

Yes, the Islamic conquests [openings] were not like this — dominating peoples and controlling them with the arrogance of force and weapons; rather, they led to a new avalanche of life — full of knowledge, justice, freedom, and equality — which flowed in the veins of those [once] powerless people.

It is difficult to emphasize how utterly surreal such claims are for those familiar with Islam’s true history.  The conquests of all the Christian lands mentioned by the grand imam (from Syria in the east to Morocco in the west), as well as the lands of later Islamic conquests — ignored by al-Tayeb, as they were eventually overturned — in Spain, the Mediterranean islands, Asia Minor, the Balkans, etc. — featured bloodshed, massacres, terror, enslavement, plunder, and the oppression of the conquered and exploitation of their resources.  Page after page of Sword and Scimitar: Fourteen Centuries of War between Islam and the West clearly document this, based on both Christian and Muslim sources.

Even more absurd is the grand imam’s claim that the Christian and Zoroastrian peoples living under the Eastern Roman and Sassanian empires were happy to be “liberated” by the sword of Islam, and that — seeing that Islam was a religion of “knowledge, justice, freedom, and equality” — they eagerly responded by converting in droves.

As is well known, the supposedly “liberated” peoples — the ones to survive the initial massacres, anyway — who preferred to remain Christian, Zoroastrian, or Jewish could do so only by becoming dhimmis, second-class citizens who had to make regular tribute (jizya) payments and adhere to a host of humiliating social strictures (as captured in the “Conditions of Omar“).  The desire not to be financially fleeced or treated inferiorly — or sporadically persecuted, as many dhimmis were, depending on whether the next ruler was “radical” or not — is what caused so many non-Muslims to convert to Islam over the centuries.

This was the only way they could experience “justice, freedom, or equality.”

Especially ludicrous is that al-Tayeb depicts the Muslim conquests as somehow being more virtuous than European colonization of the Middle East.  In reality, whereas jihads culminated in slavery, depopulation, and devastation — certain regions especially in North Africa, central Spain, and Anatolia never recovered — European colonialists abolished slavery and introduced their Muslim subjects to the boons of modernity, from scientific and medicinal advances to the radical concepts of democracy and religious freedom.

Although it is difficult to find an analogy from Western history that captures the lunacy of al-Tayeb’s claims, consider for a moment whatever the worst point of American history might be — say, slavery.  Now imagine a state ceremony, attended by the U.S. president, where a leading Christian delivers a speech about how the enslavement of blacks was a wonderful and altruistic thing — certainly not to be compared to the cruel enslavement practiced by those evil non-Christians — and that it culminated in bringing “knowledge, justice, freedom, and equality” to enslaved Africans.

That is the level of absurdity of al-Tayeb’s claims.

But why all these lies?  Here we come to the crux of the matter.  To feel good about themselves and their religion, Muslims must maintain this happy fiction — that their non-Muslim ancestors were “liberated” by Islam and that they were only too eager to embrace it, at which point they began to enjoy “knowledge, justice, freedom, and equality.”

The alternative, the truth — that their ancestors were Christians or other non-Muslims who were conquered and compelled to embrace Islam due to sporadic bouts of persecution and systemic discrimination — is not quite as satisfying, not to mention may get them thinking.

Hence the chronic chicanery of the grand imam of the Muslim world’s most prestigious institution — not to mention Pope Francis’s closest Muslim ally. 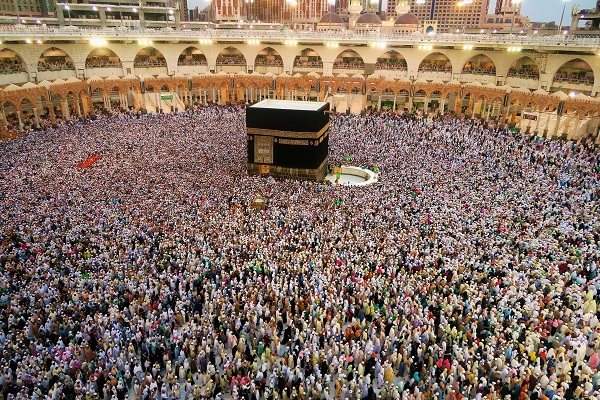