Greenies disapprove of carbon and fret about carbon footprints, even though they themselves are carbon-based lifeforms.

The big bane of the greenies, their bête noire (excuse my French), is fossil fuels. The greenies are especially vexed by ICE, the internal combustion engine. That’s because ICE vehicles run on fossil fuels, the petroleum products petrol (gasoline) and diesel.  That such engines have been used in virtually all vehicles for a century is of no concern to the greenies; ICE vehicles have gotta go, lest the world end in twelve years.

Greenies disapprove of carbon and fret about carbon footprints, even though they themselves are carbon-based lifeforms, one assumes. Fossil fuels consist of hydrocarbons.

The problem with burning hydrocarbons in ICE vehicles, according to the greenies, is the release of carbon into the atmosphere. But ICE vehicles can get around the carbon problem by using the other element in hydrocarbons. Hydrogen is the fuel in a HICE, a hydrogen internal combustion engine. The only exhaust from HICE vehicles is water.

ICE vehicles designed to run on fossil fuel can be retrofitted or adapted to run on hydrogen. This writer first learned of this when a local newspaper reported on Roger E. Billings, who converted a Model A to work on hydrogen. Fuel cells can also use hydrogen to produce power for electric cars.

But although hydrogen is the most abundant element in the universe, hydrogen production on Earth can entail fossil fuels. So, whether one burns it in an ICE or uses it to produce electricity for fuel cells, how green can hydrogen really be?

And how green are the Tesla and the other new electric cars? It has often been noted, at least on Fox News, that electric cars aren’t really green and eco-friendly when their batteries are recharged with electricity from power plants that burn fossil fuels. But even in areas where batteries are recharged from windmills or solar farms or nuclear power, they’re still not all that green. You see, the materials and energy used to manufacture windmills and solar panels involve fossil fuels.

The prospect of ending our reliance on fossil fuels is daunting for more reasons than replacing an energy source. Some of a barrel of crude oil is used for non-energy products, like plastics. Everywhere one looks in today’s world, one sees plastics. This keyboard I’m typing on sure looks like it’s plastic to me. How do the greenies propose to replace all the other products, even food, like cattle feed, that come out of a barrel of oil? Because of the war in Ukraine, American farmers are short on fertilizers, which are made from petroleum. Petrochemicals are used throughout today’s economy. 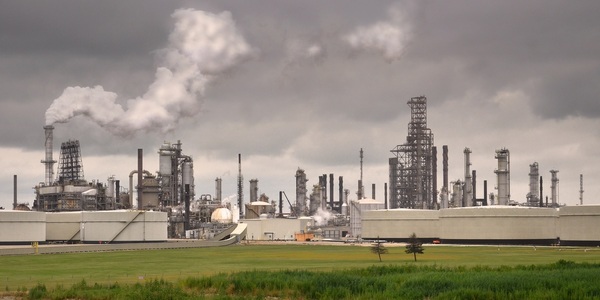 Personal transportation, that the greenies think so monstrous, may be the least technological problem in getting off of oil. It’s all the petrochemicals that aren’t destined for energy that seem to form more formidable problems. And if they can’t come up with replacements for petrochemicals, then they’ll need to keep drilling.

One wonders if your average greenie understands that one can’t use a barrel for just anything; we can’t turn an entire barrel just into plastics or whatever one likes. The distillates that go into petrol and diesel must be used for those products; they can’t be used to make plastic, fertilizer, cattle feed, asphalt, etc.

In “How to take the ‘petro’ out of the petrochemicals industry,” one reads of “electrosynthesis,” a replacement process which aims to get us the chemicals we need without having to drill for oil. However, in “Can the world make the chemicals it needs without oil?” one reads:

Harry Gray, a chemist at the California Institute of Technology… has analyzed what’s needed to displace fossil fuels with electrosynthesis. Of making commodities [i.e. replacements for petrochemicals] by electrosynthesis, he says, “I think we’ll be there within 10 years.”

So science is not yet able to replace the myriad petrochemicals the world needs. And we’ve only just begun to replace the world’s fleet of cars with electric versions. But folks are suffering now. They need relief ASAP. Inflation is raging.

Unfortunately, the greenies like inflation. They think high prices will get folks to go green, even though their green businesses are subsidized by the government and aren’t very green, as they depend on fossil fuels.

There’s a way to take the edge off the crisis we’re currently enduring, and that’s to consume less, to drive less, to conserve, to not be so damn wasteful. And if Americans were to do these things, the dreadful inflation they’re enduring should begin to abate. This should be the year that Americans don’t take a summer vacation. Take a “staycation” this summer.

Jon N. Hall of ULTRACON OPINION is a programmer from Kansas City.