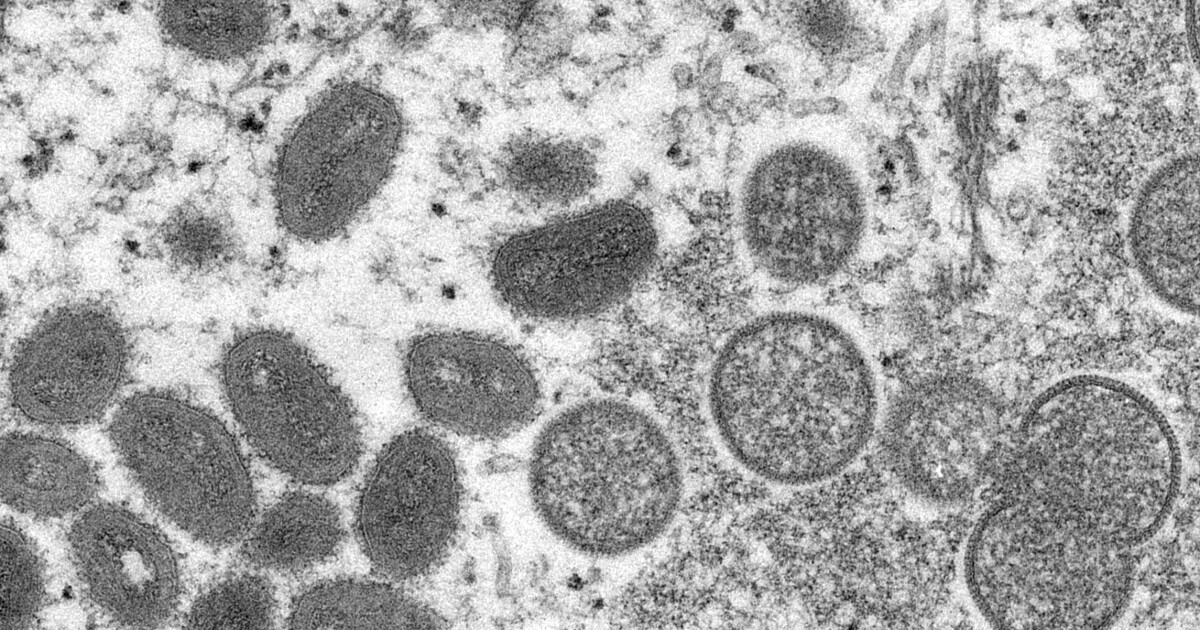 The rare monkeypox virus has caused infections in at least nine European countries, the United States, Canada, and Australia over the past month despite it being endemic to central and west Africa.

The rare monkeypox virus has caused infections in at least nine European countries, the United States, Canada, and Australia over the past month despite it being endemic to central and west Africa.

Here’s what you need to know about the outbreak.

How many cases have been identified and where?

Cases of monkeypox have been confirmed in the U.S., United Kingdom, Australia, Belgium, France, Canada, Germany, Italy, Netherlands, Portugal, Spain, and Sweden over the past month. In total, 92 cases of monkeypox have been confirmed so far, with another 28 suspected cases, according to the World Health Organization. Most of the cases in the U.K. and Europe have been in young men with no history of travel to Africa and who were gay, bisexual, or had sex with men.

Cases in the U.S. specifically are still being confirmed. One case of monkeypox has been confirmed in Massachusetts, but the Centers for Disease Control and Prevention are in the process of testing four other infections in New York, Florida, and Utah, which appear to be from monkeypox. Until the virus sequencing is complete, the CDC is attributing the other four infections to orthopoxvirus, a class of viruses that encompasses smallpox and monkeypox.

Where did the infections begin?

All of the cases that have been confirmed through a PCR test were infected by the strain native to West Africa, but only one case has a direct tie to the region. The first to be confirmed in the U.K. was a person who had traveled from the U.K. to Nigeria and back. The person was immediately isolated upon return, and “the risk of onward transmission related to this case in the United Kingdom is minimal,” the WHO said. But that still leaves open the question of where the dozens of other cases came from.

A leading adviser to the WHO, Dr. David Heymann, told the Associated Press that sexual transmission at two raves in Belgium and Spain appear to have been major catalysts for the spread of the virus in Europe.

“We know monkeypox can spread when there is close contact with the lesions of someone who is infected, and it looks like sexual contact has now amplified that transmission,” said Heymann.

The virus is not known to be sexually transmissible, but it can spread through close contact with a sick person, their clothing, and bedsheets.

“We are urging everyone to be aware of any unusual rashes or lesions and to contact a sexual health service if they have any symptoms,” said Dr. Susan Hopkins, chief medical adviser of the U.K. Health Security Agency. “A notable proportion of recent cases in the U.K. and Europe have been found in gay and bisexual men so we are particularly encouraging these men to be alert to the symptoms.”

Who’s most at risk of getting infected?

Monkeypox can cause serious illness in people with compromised immune systems as well as children and can cause complications in pregnancy. Because the virus is not native to the U.S., Americans have little baseline immunity to infection. People are at the highest risk if they have had sustained close contact with another person, animal, or materials contaminated with monkeypox.

“It’s not a situation where if you’re passing someone to the grocery store, you’re going to be at risk,” said Jennifer McQuiston, deputy director of the CDC’s Division of High Consequence Pathogens and Pathology. “The primary people at risk are going to be those who spent time in contact with someone who already has monkeypox … people like family members or healthcare workers who are caring for someone with active infection.”

What are the symptoms?

The initial symptoms of monkeypox include fever, headache, muscle aches, exhaustion, and swollen lymph nodes. Within a few days of first experiencing symptoms, patients typically see a rash that spreads from the face throughout the rest of the body, commonly on the hands and soles of the feet. The rash makes way for lesions to form on the skin, which are prime avenues for viral spread.

“A lot of times what we’re worried about in that pre-rash period is that maybe they have lesions in their throat or their mouth,” McQuiston said. “Those lesions can potentially be infectious even though you don’t have a visible rash on your body. But it really is the lesion that is the source of virus.”

Symptoms of monkeypox can also resemble those of other health problems. In several of the cases in Europe, men reporting rashes on their genitals were believed to have contracted a sexually transmitted disease.

Is there a monkeypox vaccine?

There is not currently a vaccine made specifically to prevent monkeypox infection, but smallpox vaccines have proven to be at least 85% effective in preventing monkeypox. Experts also believe that administering a smallpox vaccine after a monkeypox exposure may help prevent the disease or make it less severe.

The federal government has stockpiled 100 million doses of a smallpox vaccine called ACAM2000, which was first put on the market in 2007. The CDC also said it has over a thousand doses in its stockpile of the two-shot Jynneos vaccine, which will increase in the coming weeks as the manufacturer supplies the government with more doses.

What are the risks right now?

Monkeypox does not pose the same threat to population health as COVID-19, though health officials urge caution. President Joe Biden said as much during a visit to Tokyo on Monday, telling reporters, “I just don’t think it rises to the level of the kind of concern that existed with COVID-19.” Biden was walking back a comment he had made just a day prior in South Korea. He said then that “everybody should be concerned.”

Infectious disease experts said this outbreak is very different from COVID-19, which caught the U.S. public health infrastructure off guard. Unlike symptoms of COVID-19 infection, symptoms of monkeypox are visual and cases are easier to trace. Monkeypox is also far less transmissible than COVID-19. And unlike COVID-19, monkeypox is not an airborne pathogen.

“Contact tracing COVID-19 is a nightmare, and I don’t want to say it’s a piece of cake, but it’s a much more straightforward proposition [to trace monkeypox],” said Dr. Peter Hotez, dean of the National School of Tropical Medicine at Baylor College of Medicine and co-director of the Texas Children’s Hospital Center for Vaccine Development.

The Food and Drug Administration has also approved several antiviral medications to treat smallpox and diseases like it.

“That’s why I’m pretty optimistic that we’ll be able to contain it because the overall level of transmissibility is low, the incubation period is longer, and in about two weeks, the characteristic rash makes contact tracing easier, and we already have vaccines and antiviral drugs ready to go. … [COVID-19 is] really just the opposite of monkeypox,” Hotez told the Washington Examiner.