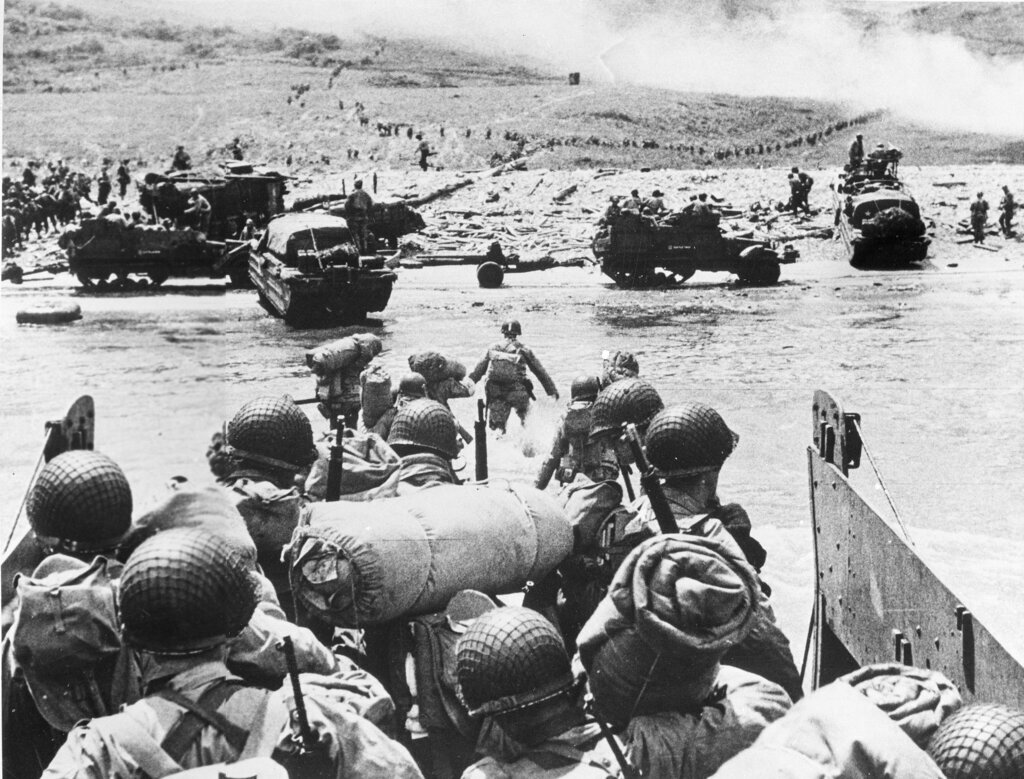 A prisoner of war in a Nazi camp. A D-Day survivor from Normandy Beach. And a Navy gunner on a destroyer that hunted German U-boats.

A prisoner of war in a Nazi camp. A D-Day survivor from Normandy Beach. And a Navy gunner on a destroyer that hunted German U-boats.

These men are among several to be honored as grand marshals of Memorial Day parades in their small towns across New York. As the number of World War II veterans dwindles every year, a slice of history dies with them. Monday is a day to cherish these men from a dying era, modern-day veterans say.

“What they went through is remarkable,” said retired Marines
Master Sgt. Michael Hannemann, a Bronze Star recipient who fought in Iraq. “Without any medal recognition, they are all heroes, it was amazing. An extreme level of courage that no one will replicate.”

The Washington Examiner located five WWII veteran grand marshals who will be celebrating a day in honor of their fallen friends from more than 75 years ago.

Leonard Jindra, 100, of Floral Park, New York, vividly recalls storming the beach of Normandy in 1944 as a young Army private.

“I did as we were trained to do. As any soldier would do,” Jindra told
The Island 360
. “Naturally, I was scared and hoping that I would make it.”

“You couldn’t see too much. They kept on firing,” he said. “It was dark as we advanced. We looked at the footsteps, you saw what you didn’t want to see, some of the fellas that stepped on the mines, part of their body here and there.”

In 2019, Jindra attended a 75th anniversary memorial at the Normandy American Cemetery in Colleville-sur-Mer, France
, with President Donald Trump in attendance.

Former U.S. Air Force pilot Herb Rosenberg, 100, of Rockville Centre, New York, was shot out of the sky in 1945 as he flew over Nazi-occupied Denmark. Upon capture, his fear was intensified over the fact that he was Jewish.

“When you’re a prisoner, there’s always a gun over your head, and you never know what’s going to happen next,” he told the
LIHerald
. “You don’t know if you’re going to live or die. I’m Jewish, and the Nazis were the party in power.”

Rosenberg survived several months in the camp and was released when the war ended.

“When you’re under attack, the adrenaline pours into your body because you’re not even aware of it,” he said. “It was wonderful that we were liberated, thank God for that. Mentally I was a wreck, but I’m OK now. Coming home to the U.S., my family, my friends, and my parents, that’s what I thought about.”

Both Frank Gimmelli and Thomas Catallo are 98 and live in Waterford, New York.

Gimmelli was a Navy gunner that hunted German U-boats and rejoiced when his destroyer sank one. Catallo was an Army cryptograph repairman during the Normandy invasion, the
Times Union reported.

And last but not least, Hoyt Prince, 93, of Westfield, New York, is the youngest of the group as he enlisted right out of high school. Prince saw some of the bloodiest action in Europe as he was in the infantry assigned to a medic motor pool.

“As much as it’s about us being [honored as] vets, it’s also about the time and history when we lived,” Prince told the
Observer Today
. “We just did what we had to.”

And America continues to have the spirit to rise to the occasion to defend freedom, said retired Army Brig. Gen. Don Bolduc
, who commanded special operations from 2006 to 2013, mostly in Afghanistan.

“I think it’s really important to recognize that the WWII generation is not going to be with us very much longer and the sacrifices the men, women, and family members made through that time was immense,” he said. “It is incumbent of us to take advantage of these heroes while they were still with us.”