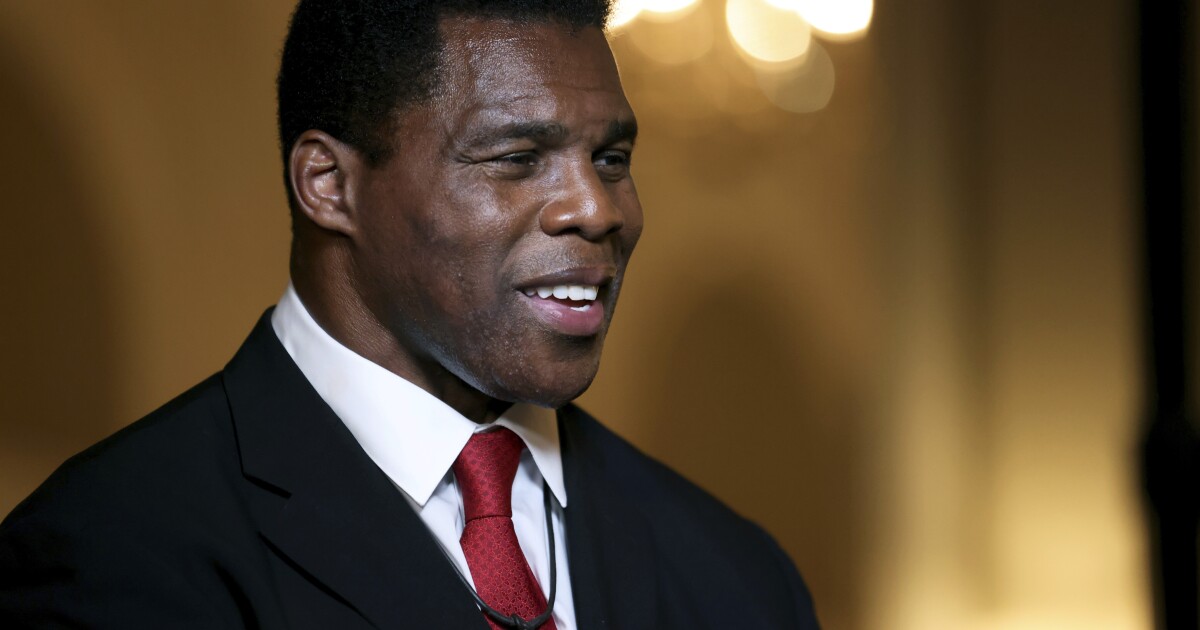 The super PAC, 34N22, is hitting the broadcast and cable airwaves in the Atlanta media market, Georgia’s biggest, while also running the new advertisement on digital platforms across the rest of the Peach State. The spot ties Warnock to embattled President Joe Biden and blames both Democrats for the “surge” in illegal immigration at the southern border since Donald Trump left the White House, though the former president is not mentioned by name.

“Joe Biden and Raphael Warnock have opened the floodgates to the massive surge in illegal immigration, crime, drugs, and fatalities we are seeing in communities across Georgia,” 34N22 spokesman Stephen Lawson said in a statement. The super PAC, named after Walker’s jersey number at the University of Georgia and in the NFL, 34, as well as 2022, the election year, first shared its new ad with the Washington Examiner.

The advertisement opens with a visual of a kitchen sink faucet, first just dripping water and then turned on at full strength.

“By 2020, illegal immigration had slowed to a trickle. Then, Joe Biden and Raphael Warnock took over. Illegal border crossings surged,” the voiceover says as the spot opens. “Illegal drugs like fentanyl poured in. Violent crime flooded America.”

Walker, 60, was recruited by Trump to run for Senate. He was crowned the GOP nominee in the May 24 primary, easily defeating state Agriculture Commissioner Gary Black. Despite living in Texas for several years, Walker, a Heisman Trophy winner, is a folk hero in Georgia for leading the Bulldogs to a national championship in 1980. He begins his bid to oust Warnock well known and relatively popular.

But Walker also has political baggage that Democrats are hoping to exploit, including unanswered questions about his extensive business holdings as well as past instances of domestic abuse, much of which the Georgia Republican personally, and voluntarily, disclosed years before he entered politics. Meanwhile, Republicans believe Warnock also has liabilities from his personal life that could trip up his reelection bid.

Warnock, 52, a pastor by trade, was elected to the Senate in January 2021 after defeating then-Sen. Kelly Loeffler (R) in a special election runoff.

Loeffler was appointed to replace Johnny Isakson in early 2020 after he resigned from the Senate for health reasons. Warnock is a talented politician who had built a $23 million war chest as of May 4 but nonetheless faces a tough reelection bid this fall. Georgia is a swing state, and Democrats are vulnerable up and down the ticket, largely due to Biden’s political struggles.