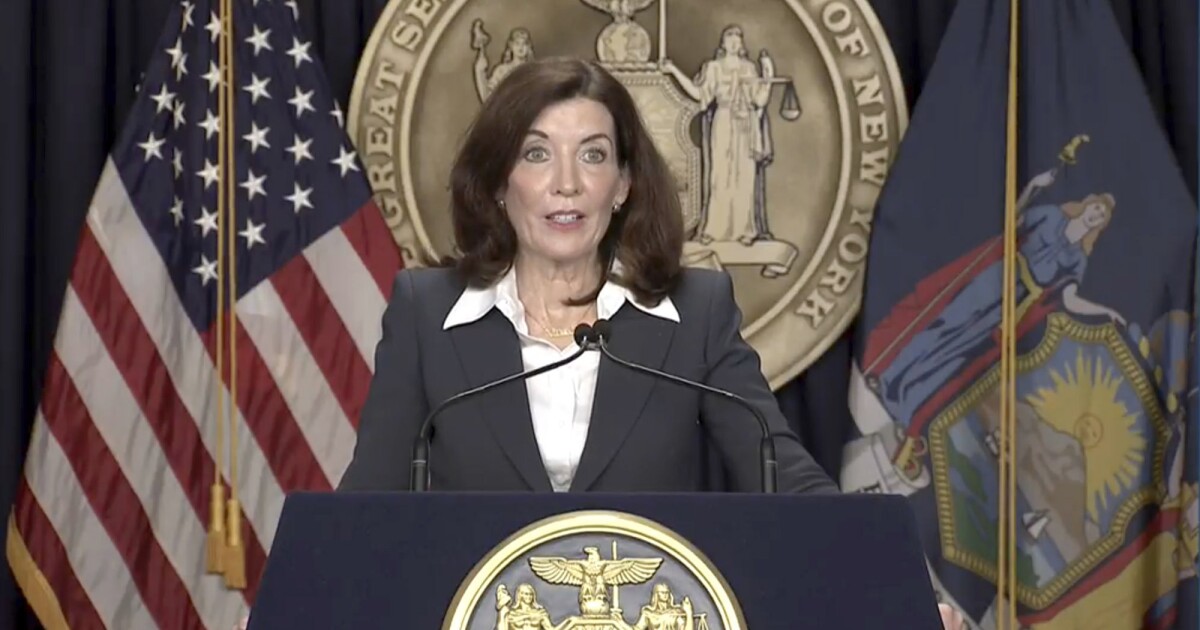 Justices on the high court are soon expected to publish a ruling in the case New York State Rifle & Pistol Association Inc. v. Bruen, a lawsuit surrounding two men who were denied a special need or “proper cause” license to carry a concealed pistol or revolver that is required under a long-standing New York law.

Hochul spoke Wednesday on the looming decision in the Supreme Court briefly after saying she wants to raise the age to purchase firearms from 18 to 21 after an 18-year-old shooter opened fire at teachers and students at Robb Elementary School in Uvalde on Tuesday.

Despite having the “toughest gun laws in the nation,” Hochul noted, she said state lawmakers are already expected to take up a package bill over firearms restrictions before the end of the current legislative session, which concludes on June 2.

Hochul’s comments on the Texas shooting come less than two weeks after the deadly shooting at a grocery store in Buffalo, New York, where a gunman armed with an AR-15-style rifle killed 10 people.

“Am I supposed to just leave all the flags at half-mast? They’re still at half-mast from Buffalo,” she said.

Attorney Paul Clement was the lead advocate before the Supreme Court in November when justices heard arguments over New York’s restrictive concealed carry permit law. In March, he said the commentary from the 6-3 Republican-appointed majority on the high court “suggested that the court was pretty tough on the New York law,” though he cautioned against predicting the outcome of the pending case.

In Heller, justices ruled in a 5-4 opinion that the Second Amendment protects an individual right to possess a firearm in homes for “lawful purposes, such as self-defense within the home.”

“Whether the decision leaves an opening for New York to enact a revised ‘proper cause’ standard or some different law would depend on how the decision is written,” Clement said, adding that if the court rules against the New York law, “the burden will likely be on the state to pass a new law that the state believes is consistent with the court’s decision.”

A decision in the New York permit law case is expected sometime between now and the end of the present Supreme Court session, which ends in late June.