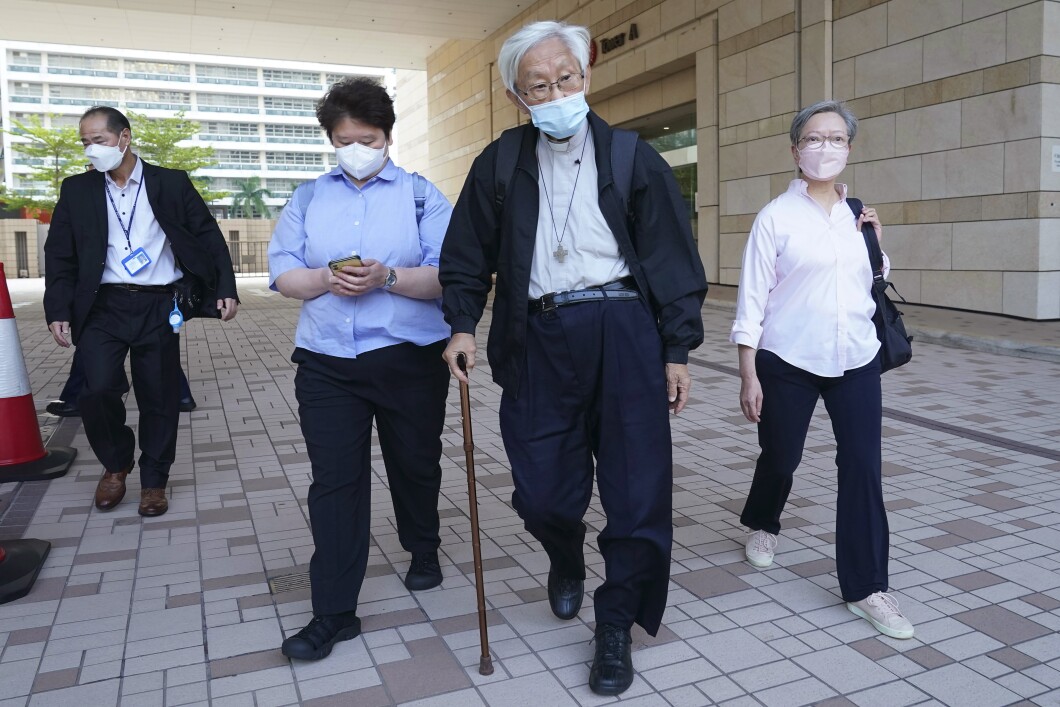 Hong Kong’s Catholic Cardinal Joseph Zen Ze-kiun is being prosecuted by Chinese government-dominated authorities of the city after his decades of harsh criticism against Beijing’s human rights abuses, religious persecution, and growing repression.

Hong Kong’s Catholic Cardinal Joseph Zen Ze-kiun is being prosecuted by Chinese government-dominated authorities of the city after his decades of harsh criticism against Beijing’s human rights abuses, religious persecution, and growing repression.

Zen, along with five co-defendants, was charged under Hong Kong’s Societies Ordinance in May for allegedly failing to register the pro-democracy 612 Humanitarian Relief Fund properly. The group had provided legal and medical assistance in 2019 and 2020 to jailed protesters who objected to the Chinese government’s increasingly iron-fisted grip on the former British colony.

The outspoken religious leader appeared before West Kowloon Magistrates’ Court this week, where Hong Kong police testified against him and the judge ruled the case could move forward. Hong Kong media outlets said prosecutors told the court that the fund received roughly $30 million and had “political motivation,” including support for groups opposed to the Chinese government’s oppressive rule.

Zen’s next court appearance is Oct. 26, and if convicted, he faces a fine. But the 90-year-old Catholic leader is also being investigated for alleged “collusion with foreign forces” under Hong Kong’s so-called National Security Law, and if charged and convicted under it, he could receive a life sentence.

Zen was arrested by Hong Kong police on May 11 and was released on bail from a police station that night.

“The Holy See has learned with concern the news of Cardinal Zen’s arrest and is following the evolution of the situation with extreme attention,” the Vatican press office said at the time.

Vatican Secretary of State Cardinal Pietro Parolin said in mid-May that he was “very saddened” by Zen’s arrest and that “I would like to express my closeness to the cardinal, who was freed and treated well.” But Parolin added this was not a “disavowal” of the Vatican-China agreement, and that “the most concrete hope is that initiatives such as this one will not complicate the already complex and not simple path of dialogue.”

“So, freedom of expression are critical to prosperous and secure societies,” Jean-Pierre told reporters. “We call on PRC and Hong Kong authorities to cease targeting Hong Kong’s advocates and to immediately release who have been unjustly detained and charged, like the Cardinal Joseph Zen Ze-kiun and others arrested today.”

Chinese Foreign Ministry spokesman Zhao Lijian said in mid-May that “Hong Kong is a society with rule of law where no organization or individual is above the law and all offenses shall be prosecuted and punished in accordance with law.”

Zen has not backed down since pleading not guilty to the charges.

“Martyrdom is normal in our church,” the cardinal said during a late May homily. “We may not have to do that, but we may have to bear some pain and steel ourselves for our loyalty to our faith.”

House Speaker Nancy Pelosi (D-CA) wrote in mid-May that “Beijing launched its latest assault” on freedom by arresting Zen, calling the religious leader “an outspoken champion of democracy in the Catholic community” and arguing that “these arrests are part of a severe crackdown enabled by the 2020 so-called national security law, designed to eliminate all dissent in Hong Kong.”

The Vatican and China reached a provisional agreement in September 2018, the full details of which remain secret, which allowed the pope to appoint bishops in China but with apparent influence and final approval from the Chinese government. The Vatican said in October 2020 that the agreement “is of great ecclesial and pastoral value” and that it was being extended by two years. Pope Francis is now attempting to renew it yet again.

Zen, who was born in Shanghai, was ordained a Catholic priest in 1961 and named a Hong Kong bishop in 2002. In 2006, Pope Benedict XVI appointed him as a cardinal. He has been a harsh critic of Beijing and has butted heads with the Vatican as it seeks a more permanent deal with the Chinese government.

The pope declined to say that the prosecution of Zen is a violation of religious liberty and refused to agree that the People’s Republic of China is not a democracy.

“Qualifying China as undemocratic, I do not identify with that, because it’s such a complex country,” he said this month. “Yes, it is true that there are things that seem undemocratic to us. That is true. Cardinal Zen is going to trial these days, I think. And he says what he feels, and you can see that there are limitations there.”

The pope also talked about his efforts to renew a deal with China.

“There is a bilateral Vatican-Chinese commission that is going well, slowly, because the Chinese pace is slow, they have an eternity to go forward: They are a people of endless patience,” Francis said. “It is not easy to understand the Chinese mentality, but it should be respected. I always respect this.”