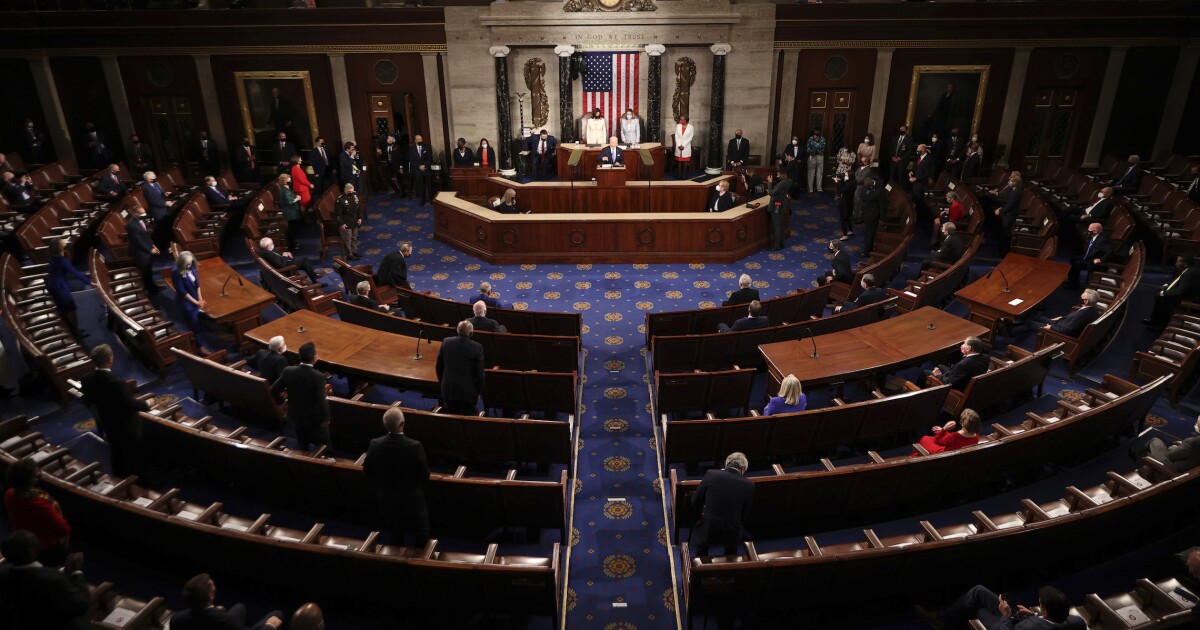 The House passed legislation on Tuesday to provide additional security for Supreme Court justices and their families in the wake of an armed man being arrested outside Justice Brett Kavanaugh's house last week.

The House passed legislation on Tuesday to provide additional security for Supreme Court justices and their families in the wake of an armed man being arrested outside Justice Brett Kavanaugh’s house last week.

The legislation passed the Senate by voice vote last month, after an increase in threats was seen following a leaked draft of a decision indicating the high court would rule to nullify Roe. v. Wade, the abortion precedent that’s been in place for nearly 50 years.

Under the Supreme Court Police Parity Act, negotiated by Sens. John Cornyn (R-TX) and Chris Coons (D-DE), immediate family members of justices and any officer of the Supreme Court can be provided security if a court marshal determines it’s necessary.

House Republicans have alleged that Democratic leadership stalled the bill’s passage, with House Minority Leader Kevin McCarthy (R-CA) having called for it to be passed by unanimous consent three times.

“For the 3rd time in a week, I’m calling for a vote for stronger security for Supreme Court Justices—ALL of them,” he tweeted on Monday. “This isn’t partisan. The threat is real. Why is Speaker Pelosi blocking something that the Senate has already passed unanimously?”

But hurdles over language in the bill, with some Democrats pushing for the legislation to be amended to include protection for clerks if deemed necessary, emerged, with leaders unsure whether the House or Senate version would be brought to the floor on Tuesday.

House Majority Leader Steny Hoyer (D-MD) told reporters on Monday that he would like to have seen the additional protections added. That despite Senate Minority Leader Mitch McConnell (R-KY) asserting that the House-led version would not have the support to pass, with critics of the changes arguing that clerks are able to remain largely anonymous.

“What the House wanted to do is to add employees and their families — this is all about families. The bill is about families and Supreme Court justices and officers of the Supreme Court,” Hoyer said. “The House Judiciary Committee wanted to add employees to make sure their families were safe as well — I can’t imagine why McConnell and Sen. Cornyn would think that couldn’t pass the Senate — is the Senate not for protecting those families?”

While Democrats were hoping to broaden the bill, the House ultimately decided to move forward with the Senate-passed legislation to send the measure swiftly to President Joe Biden for his signature.

The Supreme Court decision on the landmark abortion legislation is expected to be released in the next few weeks.

Nicholas Roske, 26, was arrested near Kavanaugh’s home and charged with attempted murder after authorities found him with a Glock 17 pistol with two magazines, ammunition, a knife, pepper spray, a screwdriver, zip ties, and other supplies.