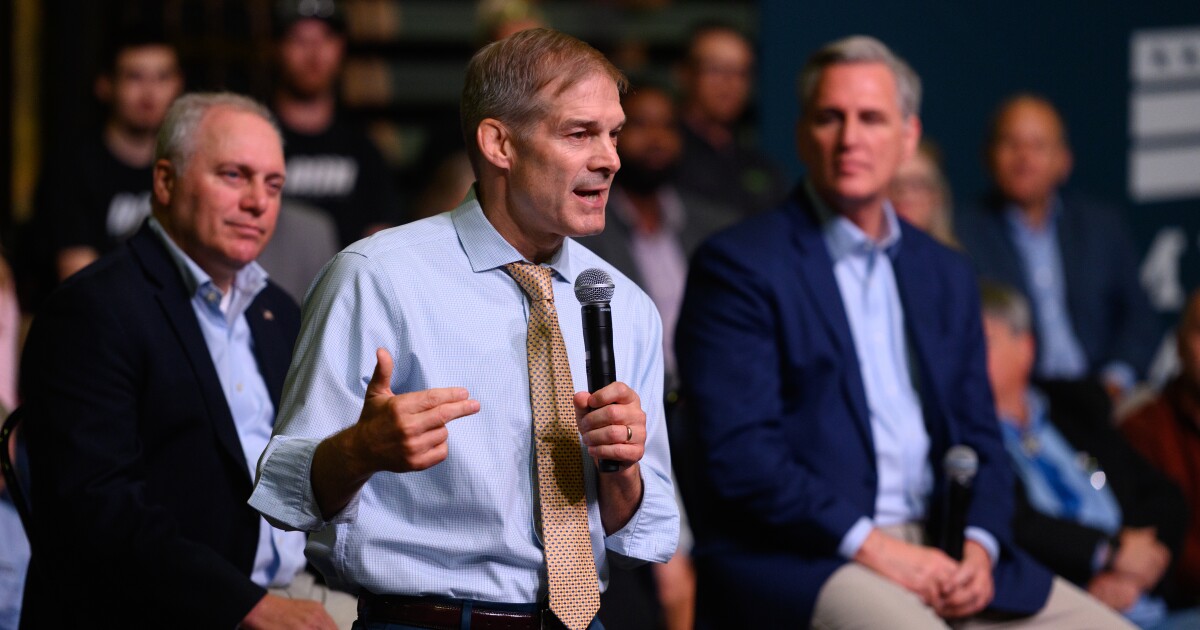 House Republicans are expressing confidence that their recently unveiled “Commitment to America” will provide them with the boost needed to flip control of the lower chamber as November's midterm elections approach.

House Republicans are expressing confidence that their recently unveiled “Commitment to America” will provide them with the boost needed to flip control of the lower chamber as November’s midterm elections approach.

While the party has released similar agendas ahead of past elections, such as former Speaker Paul Ryan’s “A Better Way” and former Speaker Newt Gingrich’s “Contract with America,” which some credit with the party’s substantial gains in 1994, Republicans are arguing this year’s blueprint offers a stronger message than past cycles.

“I think it’s substantial in its simplicity, because it’s easy for everybody to understand, and it’s also substantial, because we have buy-in from all factions of our conference — this wasn’t a top-down approach. It was very organic. It was ground-up. And I think that’s why it’s very important, and it’s very, very impactful,” Rep. John Katko (R-NY), the House Committee on Homeland Security’s top Republican, who played a substantial role in helping craft its messaging on national security, told the Washington Examiner.

Thirty GOP lawmakers joined House Minority Leader Kevin McCarthy (R-CA) on Friday just outside Pittsburgh for the rollout of the four-plank proposal, which pledges “an economy that is strong,” “a government that’s accountable,” “a future that’s free,” and “a nation that’s safe.” The agenda was swiftly met with criticisms from across the aisle as Democrats alleged it offered nothing new and failed to provide clear policy solutions.

While the GOP midterm road map may be broad, McCarthy shot back at accusations it lacks substance.

“There’s a number of bills within there. I mean, you look at securing the border, we’ve got a bill to put out — the Parents Bill of Rights, that’s a bill we put out, energy independence, we’ve been doing that. We’ve got permitting bills and others, holding the government accountable. Continue to do that. Supply chain. We got a number of bills, the tax credit for parent’s choice — [the late-Rep.] Jackie Walorski’s bill. They just want to criticize because they can’t run on their own issues,” McCarthy told the Washington Examiner in an interview.

“It’s very hard for the Democrats to claim any victory when they voted and brought us inflation, gas prices, crime in our streets, going after parents with no accountability — I would hate to be a Democrat, and they have no plan,” he added.

Others said the plan has been more unifying than past proposals, with members from the hard-line Freedom Caucus to the centrist Republican Governance Group lauding it for placing a focus on what they would like to do instead of strictly attacking the opposing party.

“I know other people have put out plans, but this seems to be the administration without a plan. They say the border is secure, but we are saying, no, that’s not true,” Rep. Dave Joyce (R-OH), the chairman of the Republican Governance Group, said.

“They say inflation is under control. We all know in our homes when buying gas or buying groceries or paying for utilities, that’s not true. And I think it’s important that we tell people, not just ‘Democrats are bad, elect us,’ but ‘Democrats don’t have a plan, here’s our plan and we’re committed to it.'”

“It’s what we’re for, not so much against, and it’s what the American people want to hear, like, ‘What are you going to do if you get the majority?’ and I think there’s a lot of discontent out there on the economy, inflation, gas prices, and also, you know, the border — a huge issue in my state,” he said. “And then finally, I think they see a weak president on the world stage. It’s projecting weakness and creating more danger for them.”

House Minority Whip Steve Scalise (R-LA) said he feels Democrats are going to have a “rude awakening” on Nov. 9.

“We’ve been talking about the ideas and the ‘Commitment to America’ for a few months now all around the country, and it’s amazing how excited people get, and to formally roll it out, our candidates are excited about it,” he said.

“But you saw in the town hall meeting, I mean, people are struggling under this far-left socialist agenda under [President] Joe Biden and [Speaker] Nancy Pelosi (D-CA), and they get excited when they see this bold, conservative vision that shows the country how we can fix these problems,” he added.

While Republicans are projecting confidence about their odds of flipping the House, Democrats are painting the agenda as extreme.

“This alarming new extreme MAGA platform threatens to criminalize women’s healthcare, slash seniors’ Medicare and raise prescription drug prices, and attack our free and fair elections. These appalling proposals have long been advanced by right-wing politicians and are widely supported by the dark money special interests who call the shots in the GOP. But this extreme MAGA agenda is way out of step with Americans’ priorities, who align with Democrats’ vision of putting People Over Politics: with lower costs, better-paying jobs and safer communities,” Pelosi said in a statement following the rollout.

“The contrast is crystal clear: Democrats are For The People, while Republicans are For Their Power. The American people will Remember in November that House Republicans’ extreme MAGA agenda is far too dangerous — for our families and for our Democracy,” she added.