Our political class is so out of touch that it could not see this collective yawn coming.

It is widely seen that the U.S. House Select Committee about January 6 is falling flat.See, e.g., Breitbart’s article, “January 6 Committee’s Third Hearing So Boring NBC Cut to Golf Instead.”  (For golf to be more interesting, it’s bad.)

What’s more amazing is that no clue has penetrated the fog of Democrats, establishment Republicans, the news media, or far-left activists about why.Our political class is so out of touch that it could not see this collective yawn coming.

And no, this is not about interviewing that one magic witness.It is the fundamental concept of their entire effort that the American people see through like a windowpane.There are no additional witnesses or documents that can save an enterprise doomed from the start.

First, the Committee is convincing us that this is only a political disagreement.Trump and his leadership team and MAGA voters are “guilty” of having incorrect political views and committing “wrongthink.” (I encourage all to re-read George Orwell’s 1984.)  The Committee is trying to prove that Trump was just wrong.

The Committee is violating the First Amendment constitutional rights of millions of Americans, including by chilling, intimidating, and frightening U.S. citizens from expressing their political views.You are not allowed to believe that the 2000, er, 2016, er, 2020 presidential election was stolen — as Al Gore and then Jill Stein claimed.

Other than running up the body count of witnesses, the Committee is clearly obsessed with criminalizing political differences. But “Congress shall make no law … abridging the freedom of speech.” Congress has no valid legislative purpose to cut the First Amendment out of the Constitution.

Second, the left-wing conspiracy theory of a January 6 “insurrection” could work only if people don’t think about it too much.The public hearings make the fundamental mistake of getting the American people to actually focus on and think about this.The more people pay attention, the more it has dawned on or soon will dawn on them that the narrative makes no sense.

The voters are smart enough to remember that Liz Cheney became a congresswoman because in 2000, in Bush v. Gore, 531 U.S. 98 (2000), her father, Dick Cheney, and George W. Bush fought like hell to “Stop the Steal” of the 2000 presidential election.  Thousands of pompous, better-than-you Bushies owe their credentials in government to Bush and Cheney refusing to step aside and just let the Democrats steal the White House.  These hypocrites now fall on their fainting couches, clutching their string of pearls, moaning, “That just isn’t done!  Oh, the democracy of it all!”  Yet they did it.  And thank God.

The January 6 conspiracy theory depends upon hoping nobody remembers the violent riots, always from the left, including the “Battle in Seattle” in 1999; the 2014 arson and riots in Ferguson, Missouri; the civil war throughout 2020; etc.Democrats called for Trump’s impeachment before he even took office.The “Women’s March” protested Trump in vile terms the day after he was sworn in.

Third, Team Trump believed that with a flawed election, the vice president had the authority to send the Electoral College votes of problem states back to each state Legislature to ask, “Are you sure?”But Democrats wave a straw man that Trump wanted Pence to directly decide the winner, to decide the next president.That wasn’t the question at all.

It is the state legislatures who decide the Electoral College electors pursuant to Article II, Section 1.  Not the vice president.  Not the governor.  Not the state courts.  Not election officials.  See Pherson v. Blacker, 146 U.S. 1, 27, 13 S.Ct. 3, 36 L.Ed. 869 (1892).  In our history, state legislatures have canceled popular elections and declared the electors themselves.

In 2000, the Florida Legislature was warming up to toss out the 2000 popular election — as fatally flawed — and directly appoint electors for George W. Bush and Liz Cheney’s father.  (See James, “Election 2000: Florida Legislature Faces Own Disputes over Electors,” Wall Street Journal, Dec. 11, 2000, p. A16 [cited in Bush v. Gore] and Joni James, “Florida’s Senate Adjourns Without Naming Electors,” Wall Street Journal, Dec. 15, 2000, p. A6.)  This had nothing to do with Pence deciding who the president would be.

Fourth, the hearings are showing how Trump truly believed that the 2020 election was stolen.The second public hearing almost made one feel sorry for him.Liz Cheney’s friends tried to show that some swamp creatures told Trump he was wrong.Yet Trump held to his unapproved opinions.Trump is innocent.

The 0.05% who behaved like violent leftists deserve to be prosecuted as harshly as the anti-Kavanaugh protesters who did the same thing in 2018 (released on $35 to $50 bail after five hours in jail) and as harshly as the Antifa arsonists and rioters who attacked the White House, burned a church across from the White House, and repeatedly firebombed a federal courthouse in Portland.  Equal justice under the law is in our Constitution.

But on January 6, 2021, there was no insurrection, no coup, no plot, no coordination, as even the FBI admitted privately in August 2021.  In a nation with many more guns than people, pro-Trump demonstrators came to D.C. unarmed.  The Oath Keepers carefully stashed guns they routinely carry outside the D.C. gun-free zone and scrupulously obeyed all gun laws to a T.

Blueprints of the U.S. Capitol are available on the internet, yet some video shows “insurrectionists” wandering around, obviously lost.Worst insurrection ever. The vast majority who entered the Capitol are caught on camera praying in a circle (Oath Keepers), admiring the artwork, or taking selfies.Yes, a few did behave like…well, like leftists.

Finally, for decades, pompous D.C. insiders have been convinced that the American people are dumb.Voters are too smart to accept the myths that elites tell one another.

Establishment elites talk to each other and convince themselves that their message will win over the country.The inside-the-Beltway crowd in Washington, D.C. is unfamiliar with the rubes and peasants (as they see us) in “flyover country.”Donald Trump eventually joined the disgust of the American people with Washington, D.C.Conservatives starting to call the “inside the Beltway” crowd the “D.C. swamp.”

Conservative analysts for decades joked about “Potomac Fever,” a satirical illness that seems to affect the minds of those who drink water from Washington, D.C.’s Potomac River.One wise-guy conservative leader famously quipped that a candidate seems to lose ten I.Q. points as soon as he is elected to Congress.Elected officials stop spending their time around real-world voters and start rubbing shoulders with alternate-reality lobbyists and know-nothing campaign consultants.

So Democrats proclaim outrage and push a narrative, unaware that the country isn’t buying what they’re selling. 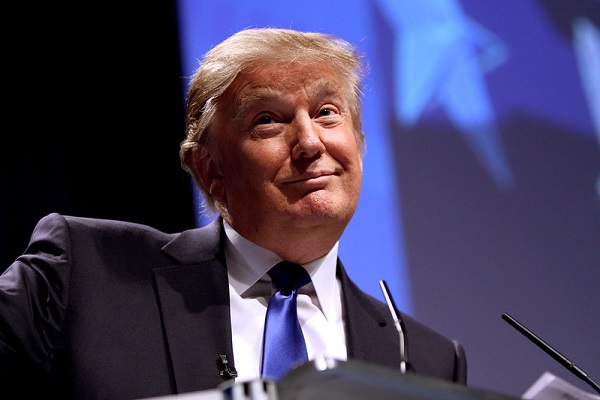