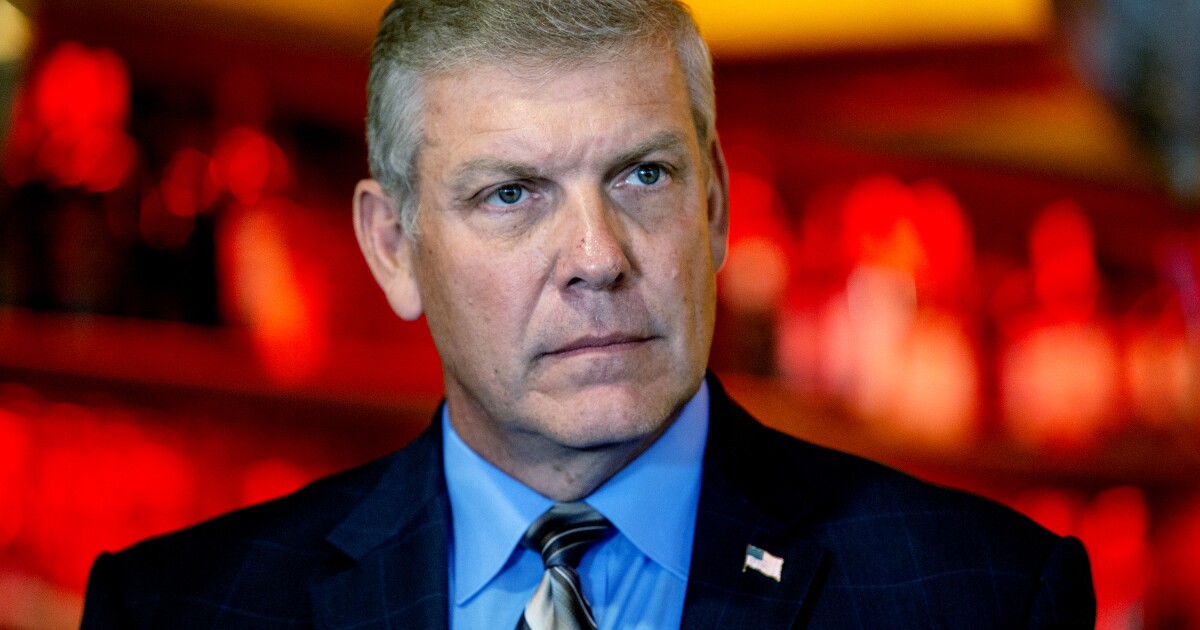 House Republicans are pushing for the release of Capitol security footage from the day before the Jan. 6 riot in a bid to dispel assertions that there were "reconnaissance tours" before the violence.

House Republicans are pushing for the release of Capitol security footage from the day before the Jan. 6 riot in a bid to dispel assertions that there were “reconnaissance tours” before the violence.

Republicans on the House Administration Committee asked the U.S. Capitol Police to release the video after the House committee investigating the riot asked Rep. Barry Loudermilk (R-GA) last week to speak with investigators about footage of a tour he led Jan. 5, 2021. Loudermilk has denied that the tour group had any connection to the riot.

The letter to the Capitol Police Board from Rep. Rodney Davis (R-IL), the administration panel’s ranking member, rejected the idea of reconnaissance tours and said Republicans have also reviewed the tapes and found no evidence of such tours.

“Committee Minority staff have reviewed all footage in question and have confirmed no ‘reconnaissance tours’ occurred,” Davis said in a letter from February. “If the Board has any hope of preserving a reputation as an unbiased security agency and re-establishing itself as a non-partisan entity, there is no alternative but to release the tapes. If the Board does not release the relevant footage in a timely manner, I will have no choice but to exercise my authority under 2 U.S.C. § 1979 to release the footage myself.”

However, obtaining and releasing the footage will likely come at a cost. Buying a hard drive big enough to support the hundreds of hours of video footage would cost almost $20,000, according to the Hill, which obtained the letter.

Rep. Mikie Sherrill (D-NJ) and other Democratic members of Congress claimed to see suspicious activity in the Capitol on Jan. 5.

“Many of the Members who signed this letter, including those of us who have served in the military and are trained to recognize suspicious activity, as well as various members of our staff, witnessed an extremely high number of outside groups in the complex on Tuesday, January 5.” Sherrill wrote in a letter to the Capitol Police last year. “The visitors encountered by some of the Members of Congress on this letter appeared to be associated with the rally at the White House the following day. … The presence of these groups within the Capitol Complex was indeed suspicious.”

Loudermilk defended the tour he led, insisting it had nothing to do with the riot, during which a pro-Trump crowd stormed the Capitol complex and disrupted the certification of President Joe Biden’s 2020 election victory.

“A constituent family with young children meeting with their Member of Congress in the House Office Buildings is not a suspicious group or ‘reconnaissance tour,’” he said in a joint statement with Davis. “The family never entered the Capitol building.”

The Capitol Police said in a statement that it could not release the videos while the investigation by the Jan. 6 committee is ongoing.

“The USCP has cooperated extensively with the January 6th Select Committee and the Department of Justice by providing witnesses, documents, and 14,000 hours of security sensitive camera footage,” Capitol Police told the Hill. “We cannot make additional public statements or provide any of the materials while their work is still pending.”