The welfare of our citizens is being sacrificed for the Democratic Party's political gain.

Almost everything in this world can be divided into two spheres: the image the public sees, and the underlying reality. Sometimes they’re the same. Mother Teresa was a great humanitarian, a Godly woman free of any scandal.

Sometimes they’re not the same at all.

Bernie Madoff, contrary to his early reputation which he shamelessly exploited, was not an honorable, highly successful investment manager worthy of respect. In actual fact he was a fraudster and a scoundrel who was sentenced to ten years in prison for embezzlement.

When the Democratic Party is examined from this perspective, especially in relation to the Black community, it comes out much closer to the inky slime of Bernie Madoff than it does the sanctity of Mother Teresa.

The Democratic Party was associated with the Ku Klux Klan and segregation for most of the 20th Century. But in the 1960s it made a hard turn to the left. It currently claims to act in the best interests of the Black community in a noble battle against racism and White Supremacy.  But in example after example the Democratic party instead causes great damage and permanent harm to these same people that it claims to represent. The case against the Democratic Party is overwhelming.

Defund the Police may have been the most counterproductive campaign in American political history. Its stated purpose was to save and protect Black lives from violent suppression in the United States. Yet Defund the Police is soaked in the blood of Black Americans. Murder rates have shot up over 30 percent since 2020 when Defund took hold in our cities. Many experts believe the movement has directly and undeniably caused the unnecessary deaths of thousands of young people of color.

New York Mayor Eric Adams has said it best: “If Black lives matter, then the thousands of people I saw on the street when [George] Floyd was murdered should be on the streets right now stating that the lives of these Black children that are dying every night matter,” Adams said. “We can’t be hypocrites.”

The Wall Street Journal editorial board concluded, “No one factor explains this criminal surge. But it’s no coincidence that the bloodshed increased as cities slashed police budgets, progressive prosecutors demanded leniency and eliminated bail for criminals, and jails and prisons released thousands of lawbreakers amid the Covid-19 outbreak.”

Education provides another example of woke, liberal programs causing great harm to those they claim to want to help.

Many public schools, especially in Democratic Party-controlled cities are badly failing their students. One prime example out of many is Patterson High School in Baltimore where 77 percent of the students read at an elementary school level.

The voucher program proposed by Republicans offers one possible solution. It would allow students to pick any school within a city area that they wished to attend. It would allow all students to choose the very best schools in the city rather than being forced to attend failing schools, which is so often the case.

Teachers unions oppose school choice because many students would then leave failing institutions and enroll in far better schools. This would cause many teachers in the forsaken schools to lose their jobs. The Democratic Party has long since sold out to the teachers unions. The welfare of Black students’ education and the ability of those students to compete for jobs and careers is therefore sacrificed for teacher’s job security. Democrats have made a devil’s bargain with the unions, with student welfare sacrificed for the sake of campaign donations.

Another example of a covenant with the Devil can be found on our southern border. A record of 100,306 people died from drug overdoses in the twelve months ending in April 2021.  The majority of these deaths came from opioids, primarily fentanyl. This deadly drug is produced in China then shipped to Mexico, where cartels bring it across our wide-open border. It is cheap, extremely powerful, and easily available. It is making the drug cartels even richer and more powerful than they already were. Guess which community is being disproportionately killed.

All of this has led to a crime surge beyond the ones plaguing our unprotected cities, with Mexican drug gang members entering America unchecked and killing citizens who get in their way. The Democratic Party is in favor of the massively open border so that undocumented workers can be put on a fast-track program to citizenship and then be persuaded — so they think — to vote for Democrats. Never mind the people dying of drug overdoses, murdered by drug gangs, or having their lives ruined from opioid addiction. The murder rate in Houston, Texas — the largest city in border-state Texas – is up 51% this year alone.

In the state of Texas, 68% of those booked from June 1, 2011, and November 30, 2021, were criminal aliens. Their offenses included 742 murders, 47,737 assaults, 7,524 burglaries and over 11,000 sexual assaults and other sex crimes and numerous kidnappings and robberies. Not only are they killing Americans, we then pay for their incarceration.

This crime wave is harmful to all U.S. citizens regardless of race. Once again the welfare of our citizens is being sacrificed for the Democratic Party’s political gain.

Eighty-eight to 90 percent of Black voters vote for Democrats in both national and local elections. Simply put, the Democratic Party has betrayed Black voters over and over again.  What should you do when someone betrays you? Should you ever put your trust in them again? Today’s Democrats are in favor of everything that is killing the Black community, and oppose everything that would help us. They want us trapped in violent cities with exploding crime, demoralized police, and failing schools. Their policies create a vortex of death for Black America. The only solution is to leave the Democrats behind, for good. 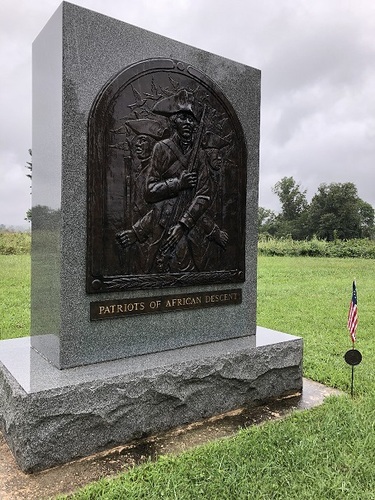