Tips for assuring that politics doesn't dominate your life.

How to Deal with Political Stress – American Thinker

Politics are always a hot-button topic in today’s polarized American society. And while most people can tune issues out, some of us — whether for personal or professional reasons — are more connected on a daily basis. This can lead to severe and chronic stress.

Political Stress Got You Out of Sorts?

The 2020 election was an election unlike anything this country had ever seen. It was long, toxic, polarizing, and ugly on both sides. The media couldn’t get enough. Everywhere you turned — TV, social media, Google, magazines, billboards, and even podcasts and radio spots — the election was in your face.

According to data gathered by the American Psychological Association back in October 2020, 68 percent of Americans surveyed said the approaching election was a significant source of stress in their lives. (By comparison, just 52 percent said the same during the 2016 cycle.)

Interestingly, it was paranoid Democrats who were most stressed (76 percent) compared to Republicans (67 percent) and Independents (64 percent). And while you might think the stress of politics has evaporated over the past couple of years and will take a hiatus until the next election cycle, that’s not necessarily the case.

A new study shows that 40 percent of Americans report politics being a significant stressor in their lives regardless of whether it’s an election season or not. That’s an incredibly interesting data point (and one that shows the true danger of our constantly-connected, hyper-politicized environment).

The negative side effects of political stress include psychological/mental issues like anxiety, loss of sleep, inability to focus, and even suicidal thoughts. Physical side effects include weight gain, high blood pressure, increased heart rate, lightheadedness, and general aches and pains.

“The proportion of Americans reporting these effects stayed stable or slightly increased between the spring of 2017 and the fall of 2020 prior to the presidential election,” researcher Kevin B. Smith writes. “Deterioration in measures of physical health became detectably worse in the wake of the 2020 election. Those who were young, politically interested, politically engaged, or on the political left were more likely to report negative effects.”

The fear is that political stress is increasing with each election cycle, potentially leading to an even more toxic and disastrous environment in the 2024 cycle. For those who are prone to political stress, being proactive is of paramount importance.

Political stress can be hard to shake when living in the middle of a connected world. However, if you’re serious about reducing stress in this area of your life, there are plenty of steps you can take.

Here are a few tips: 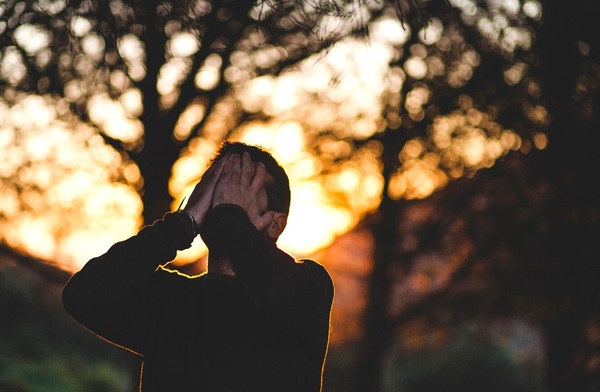 Take a digital detox. The best thing you can do is tune out. Political purists and “patriotic” Americans will say this is a cop-out and that you have a duty as a citizen to be engaged, but this is false. You have a duty to yourself and your health. If politics gets in the way of being healthy (mentally or physically), it’s no longer your duty to be engaged.

You don’t have to fully remove yourself from all political involvement and engagement, but you can detox for some time. When you return, set limits and be mindful of the news networks, outlets, and environments you allow yourself to spend time with.

Remember: You get to control your experience. Yes, there are times when news will unintentionally seep into your life. But, overall, you’re the one calling the shots.

Integrate healthy lifestyle habits. Neutralize political stress by integrating healthier habits into your lifestyle. Cut back on crutches like drinking and eating fast food. Get more serious about exercising and being physically active. You might even try healthy mental practices like meditation, yoga, or journaling. These can all help put your mind at ease.

Try health supplements. Sometimes your body needs some extra help. This is where different health supplements come into play. Options for reducing stress include Rhodiola rosea (a natural herb supplement known to combat stress),  CBD suppositories (an alternative option for getting CBD into the bloodstream quickly to reduce stress and anxiety), and melatonin prior to bedtime.

Change your social group. Did you know that you become the combination of the five or six people you spend the most time with? You actually start to adopt their mannerisms, behaviors, language, and thought patterns. Depending on who you hang out with, this can be a good thing or a bad thing.

If your social group is hyperpolitical and constantly arguing or lamenting about politics, it’s time to switch up your friend group. (Whether you like it or not, they’re going to bring you into their shared stress and anxiety.) Find people whose lives don’t revolve around politics.

Read more books. This is a simple yet effective piece of advice. When you read a book, you don’t have to worry about a political ad interrupting your reading experience. There are no toxic banner ads or volatile Facebook posts. You’re able to get lost in a fictional story. Sometimes, that’s a very good thing.

Don’t let political stress ruin your life. In the grand scheme of things, your day-to-day life remains relatively unchanged by political decisions. Sure, political actions and laws have long-term ramifications, but it’s rare that a decision made today impacts your life tomorrow, next week, or even next year. Keeping this perspective — and choosing to focus on the things you can control — will lead to greater happiness and peace.