The biggest unintended consequence of trying to turn the world against Donald Trump is that he is the only one whose name everyone in the world knows.

How Trump Became the Only One – American Thinker<!—->

Normally, when leftists want you to avoid something they don’t like, they simply ignore it.  They make sure the press doesn’t mention it, and they all yell as loudly as possible about anything else they can think of.  Not so with Donald Trump.

Leftists think the hatred they have stoked against Donald Trump is the best idea they ever came up with.  They can make a lot of people angry about anything, but anger is hard to sustain — it’s tiring.  Hatred, however…now there’s a keeper.  It lives a life of its own; it can’t be killed.  The left jumped on that horse and now it has to ride it to the end — and the horse isn’t paying attention to the rider.

The left can’t stop the sequence of events it has begun.  This is partly because it really wasn’t the idea of the useful idiots carrying this plan out; it was all part of the Great Reset, and leftists didn’t get that.  Lefties look at goals within arm’s reach, such as getting friends to like them, injecting meaning into a life without religion or belief of any kind, or getting re-elected.

So how did all this hate business start?

This hatred push was really only part of a plan.  When you look at this from 20,000 feet, the global plan included the removal of strong leaders.  It is much more difficult to lead while being positive than to simply lash out against “the other.”  Skilled and principled leaders who have a positive goal are dangerous to the Soros-Schwab-Davos-Bilderberg crowd because they can’t be controlled.  This is especially true if a leader’s positive goal is based on nationalism.  Nationalism is kryptonite to the Great Reset’s Superman.

In 2016, the left brought out the big guns right away.  The plan was well underway; leftists only needed President Hillary to complete the wreckage of the United States, and the Great Resetters were golden.  Incredibly (to them), this didn’t work, and Trump was elected.  Uh-oh.  Unlike with other countries, their large number of moles in the U.S. government were unable to stop Trump from being successful, let alone dump him.  They just exhausted themselves trying.

These Great Reset bigwigs are not dumb; after all, they came up with a plan to take over the world, and it’s working.  Trump was in their way, and they were in a hurry.  For one thing, the people running the Great Reset are old, ugly, and nasty — they know they can’t run for office, and they are faced with the fact that they have emasculated almost everyone they control.  So what to do with Trump?

They were going to have to kill him, which would make him a martyr, or make people hate him personally.  They needed to make it so no one would have anything to do with him.

So on went the green light for any expression of hatred at any level.  Leading lefties had been fine-tuning these skills for some time.  Celebrities were trying hard to out-insult each other.  Trump wasn’t doing anything wrong, so they went for the personal angle.  Nancy Pelosi called him “morbidly obese.”  Steven Colbert said on his show that Trump’s mouth good only “as a holder for Putin’s c—.”  Nothing was or is beneath them.

There are other leaders around.  Unlike old Democrat war horses, Republicans haven’t killed everyone on the bench just to stay in power.  There are several non-lefties who could make a good president.  There are tons of people who would make great and effective Cabinet members.  The Democrats seem to be unable to find even one.

The left has gone too far this time.  Leftists always said, “If we controlled everything, we would implement our ideas, and things will be so great that everyone will forget there was ever credible opposition.”  Like the dog that chased the bus and caught it, they have a problem.  Of course their ideas don’t work; they never have — ever.  Your average lefty is either in denial or in shock at the outcome of his leaders’ results.  Who knew?

The Great Resetters knew, and they are pleased; their plan was to destroy America, and it is proceeding apace.

Normal or even good leadership skills cannot deal with the havoc that a mere two years of lefty control has brought upon us, nor can they blunt the momentum of the Great Reset.  The biggest unintended consequence of trying to turn the world against Donald Trump by constantly dwelling on him is that he is the only one whose name everyone in the world knows.  They also know a little about him.  They also look back, now that he is out of office, and see what he did — and they want him back.  They might say they want someone like him, but nicer.  But who else can do what he can?

Who else can say these things and be believed?

Any new president would be tested for some time before he could make any statements like this.  Trump would be expected to make them.  His biggest problem would be if he didn’t.  Americans are so tired of watching the death of the country they love that they would impeach any other politician who fights him.

Trump can do this, and if we can get him in office, he will.  The first two on this list can be done on day one, which will stop the bleeding.  The others will take a little preparation but are doable.  Trump knows the ropes, will have competent help, and has nothing to lose.

It is a big leap to give someone this much power, so why would we?  Because there is something else Trump has that lefties just can’t see.  Unlike Joe Biden, Barack Obama, Hillary Clinton, Mitch McConnell, Merrick Garland, Susan Rice, and their ilk, Donald Trump loves America.  Today, he is the only one who can fix it quickly.

Unfortunately, our system is such that we can’t put him in place for two  more years.  I pray we have the time.  Keep safe, Mr. President. 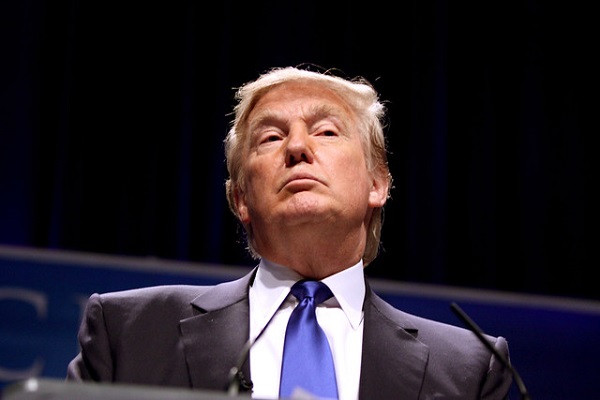