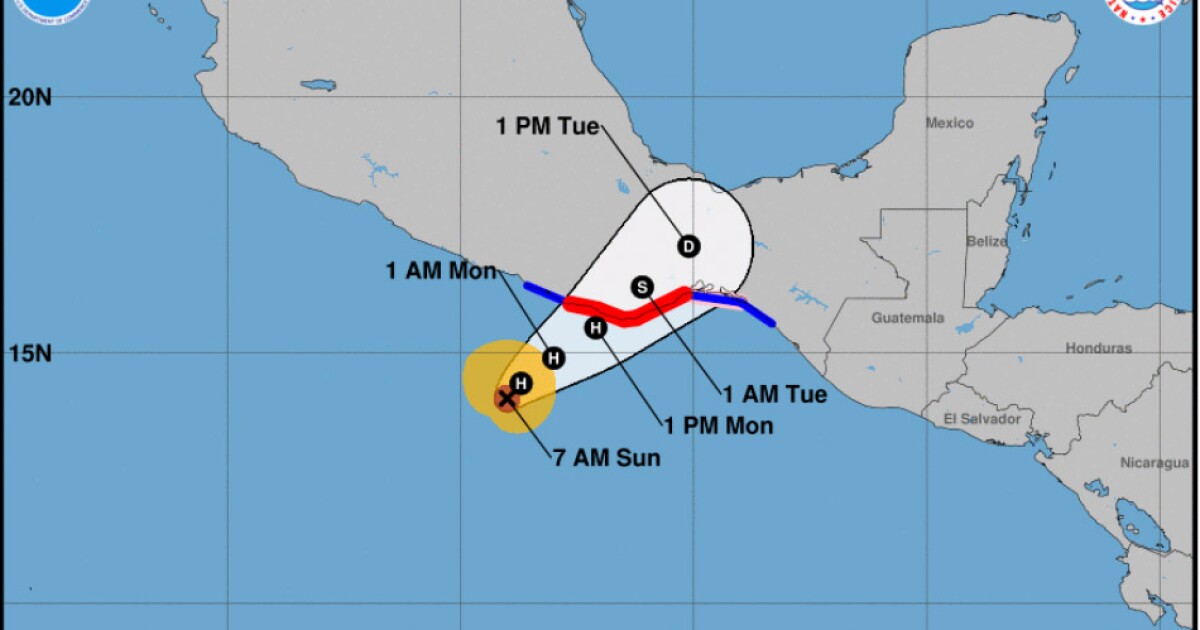 Hurricane Agatha has formed off Mexico's southern Pacific coast with maximum sustained winds near 75 mph, becoming the first hurricane of the 2022 season.

Hurricane Agatha has formed off Mexico’s southern Pacific coast with maximum sustained winds near 75 mph, becoming the first hurricane of the 2022 season.

Agatha is expected to make landfall on Monday near Puerto Escondido in the southern state of Oaxaca, bringing the potential for “life-threatening flash flooding and mudslides” across parts of Mexico, the National Hurricane Center said Sunday morning.

Agatha was located around 200 miles west-southwest of Puerto Angel and moving north-northwest at 3 mph around mid-morning.

The storm is expected to intensify before making landfall, producing heavy rain across portions of Southern Mexico and flooding in coastal areas through Tuesday. As many as 10 to 16 inches, with a maximum of 20 inches of rain, are expected in Oaxaca.

Earlier this month, the National Oceanic and Atmospheric Administration predicted a below-normal 2022 season for hurricanes in the central Pacific Ocean. In contrast, NOAA estimated that the Atlantic Ocean would see above-average activity, with more than 20 named storms predicted for the season.

Hurricane season in the Atlantic Ocean runs from June 1 through Nov. 30, while in the eastern Pacific, it begins May 15 and ends Nov. 30.