Much of what constitutes the "American Empire" is a product of progressive doctrine. It might be time for it to go.

If the American Empire Falls, Will the Republic Rise? – American Thinker<!—->

Victor Davis Hanson, eminent classicist, provides this warning to Americans in the lead of his most recent article at Epoch Times, updated May 16:

Americans are now entering uncharted, revolutionary territory.  They may witness things over the next five months that once would have seemed unimaginable.

It may prove in this momentous decade that the American Empire falls.  But take heart, because the fall of the empire — aren’t all empires finally a bundle of conceits destined to collapse? — may lead to the revival of the American Republic.

The visions of empire and republic are as starkly different as George Washington and the founders were from Teddy Roosevelt and Woodrow Wilson.  Much of what constitutes the “American Empire” is a product of progressive doctrine.  It was about domestic imperialism perhaps far more than American global dominance.  Restoring the republic should be welcomed by citizens dedicated to our nation’s founding principles.

We’re reaching a culmination.  The left’s decades-long march through America’s institutions succeeded.  They control government, corporations, health care, sciences, media, arts and entertainment, education, nonprofits, sports…right down to the Boy and Girl Scouts.  They seek to consolidate their control in a handful of larger institutions (government and corporations, principally).  An American “reset” is a precursor to a global reset, per the lunatic vision of Klaus Schwab and his acolytes.

(As an aside, pray tell, what is it with Germany that it periodically spawns apocalyptic and/or messianic figures like Marx, Nietzsche, Hitler, and now this dangerous utopian, Klaus Schwab?)

If you’re feeling surrounded, don’t.  There are many more of us than them.  The unbelievable major serial failures of the Biden administration (who bats zero?) are waking up a broader slice of the public — waking them up through mounting costs (inflation and energy), uncertainties (crime and the border), and flagrant attempts in schools to sexually debauch our kids (Biden’s handlers support this effort), among other wanton offenses.

The progressive worldview, as translated through governance and cultural dictates, is collapsing.  Progressivism is daily revealing itself as, yes, power-hungry, incompetent, ineffective, but also dark.  The end of empire isn’t likely to finish with a whimper.  It’ll be calamitous, confrontational, and just plain nasty.  The elites won’t go gentle into that good night.  They’ve far too much riding on outcomes.

As Professor Hanson concludes in his article:

When revolutionaries undermine the system, earn the antipathy of the people, and face looming disaster at the polls, it is then that they prove the most dangerous — as we shall see over the next few months.

Pain tends to be humanity’s best teacher, unfortunately.  And most of us Americans are in the process of getting increasing doses of pain.  The upside of this will lead to righteous anger, a strong resolve, and a banding together.  That process is underway.  It’s said that it takes a lot to get Americans riled up and their fighting spirit going, but when that occurs, watch out.  Anyone recall what happened to imperial Japan and Nazi Germany?

Many of these elites, regardless the institution, are corrupt as hell.  Money and power are their gods.  The wager is that today’s elites are the most corrupt in the country’s history.  The Gilded Age pales in comparison.

Faith in God, shared traditional values, and civil society imbued with respect for liberty and rights once served, in part, as checks on the ambitions of grasping men.  Smaller national government hamstrung with checks and balances, a strict federal system, and a society chock-ful of diffuse power centers further blunted men with oversized appetites for power.

But most elites no longer share a belief in God with most Americans.  Traditional values have had torches put to them.  Civil society at best is a veneer, under which roils cultural conflicts.  At the turn of the 20th century and moving forward, “progressives” found ways, both constitutionally and not, to concentrate power in the national government, expanding its role in the states and society.  Liberal jurists threw away “strict construction” of law in favor of lavish interpretations that, unsurprisingly, advanced leftward agendas.

In current times, many — including too many establishment Republicans and even some conservatives — have sold out their nation to Xi Jingping and his predecessors.  Joe Biden and his family’s influence-peddling schemes are just the tip of the iceberg.  The nation’s ongoing supply chain troubles merely expose our reliance on and vulnerability to communist China.  We’re vulnerable because cheaply made goods make a lot of money for elites, in corporations and among their conspirators in Washington.

But most elites aren’t content having denuded America of manufacturing for profit and leaving the homeland vulnerable to the aims and caprice of a Chinese communist dictator.

Many — especially leftist cohorts — have compulsions to dominate the lives of their fellow citizens…to impose through force their beliefs and values…to control actions and language — and, if possible, to control thought.  After all, isn’t thought control why elites have been subverting educational institutions from pre-schools through graduate schools?  What else is cancel culture but the threat or actual use of force to extract compliance or inflict punishment?

Either through upbringing and education — or pure cynicism — these elites and leftists have turned their backs on freedom.  They demean and mock our founding.  They trample our Constitution.  Their narratives disfigure the American experience.  They brazenly promote counterfeit renderings of American history to sabotage the nation and advance their anti-freedom agenda.

The elites seek to divide by race in particular.  Biden makes a trip to Buffalo after a sick-minded white guy guns down black shoppers at a grocery store.  But he never bothered to travel to Waukesha after a black man injured and murdered white innocents with his pickup truck at a Christmas parade.  Wasn’t it a founding ideal that all men are created equal and all life is precious in God’s eyes?  Didn’t we fight a civil war to affirm that truth?

For the left, turmoil and conflict are basic ingredients in the recipe for seizing control.  It’s a Marxian thing to do — a Marxian thing picked up by 20th-century fascists.  Lies are intrinsic and incessant, as every communist and fascist has proved for more than a century.  Up is down, right is wrong.  Men can be women, women men.  People unmoored by confusion and delusion are primed to be used in the most awful ways.

I must part with Professor Hanson in one detail.  Elites and the left rightly see that their agendas are failing, and their grip on Congress is likely to follow — though let’s not discount the possibility of vote fraud rearing its ugly head again in key states.  Yet a majority of voters, up and down ballots, and even in states that may surprise us, are ready to repudiate Democrats, the left, their wealthy patrons, and their rotted ideas and misgovernance.

But the greater setback for this so-called progressive coalition is in 2024, a presidential election year.  Then they face having lost Congress and the White House to either Trump or DeSantis.  Their desperation and rage at this prospect (particularly if Trump’s return is imminent) make them more dangerous than over just the next few months.  Expect protracted, intensifying troubles and conflicts.

Meanwhile, let’s join with fellow patriots.  Let’s organize with others locally as bulwarks against the coming attacks.  Let’s make bold pronouncements for liberty and the founders’ vision of America.  Let’s clamor and fight for the restoration of our republic.  And let’s pray and make proclamations for a renaissance of faith and freedom on these shores that will astonish a watching world.

J. Robert Smith can be found regularly at Gab, @JRobertSmith.  He also blogs at Flyover. 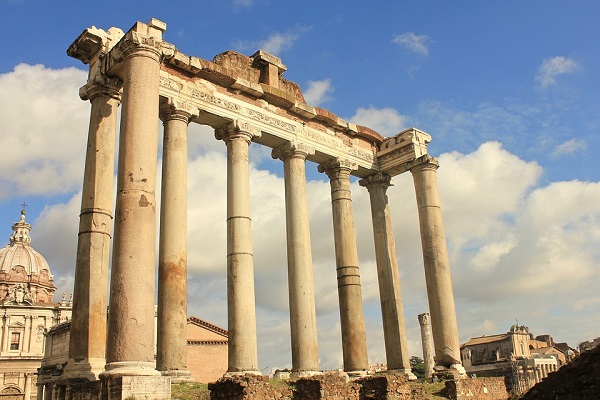