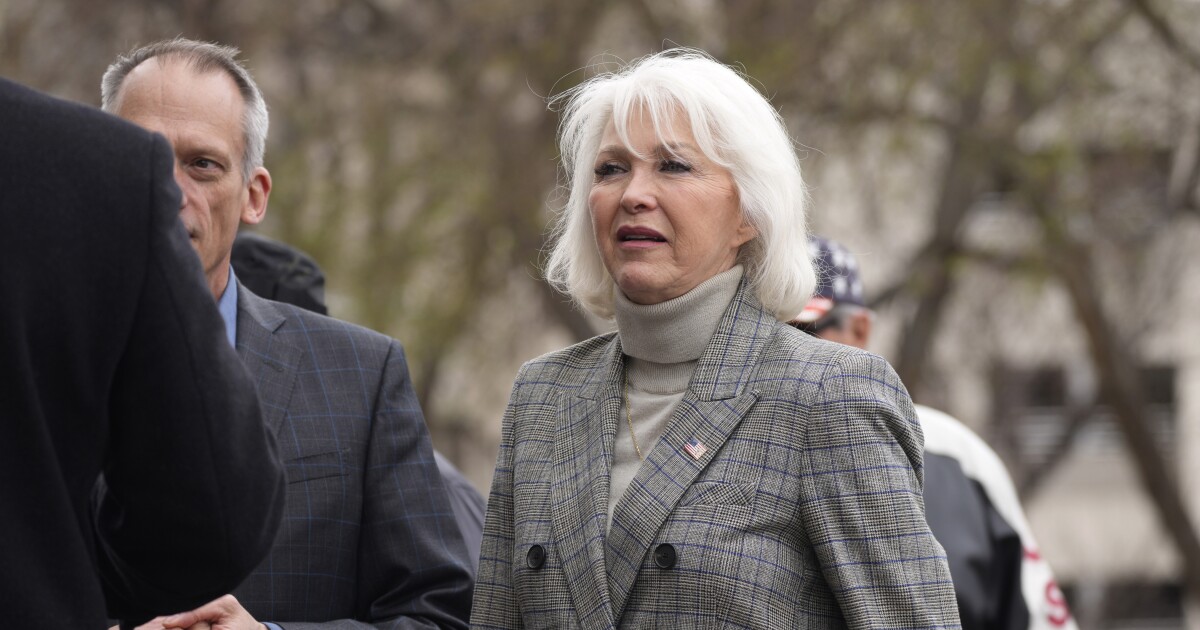 The ruling strips Peters from her status as a designated election official for Mesa County and comes in response to a lawsuit from Colorado Secretary of State Jena Griswold, who wanted her removed following an FBI inquiry into alleged election equipment tampering.

MIKE LINDELL SAYS HE DONATED UP TO $800,000 TO INDICTED COLORADO OFFICIAL

“The court’s decision today bars Peters from further threatening the integrity of Mesa’s elections and ensures Mesa County residents have the secure and accessible elections they deserve,” Griswold said in a statement.

In March, a grand jury indicted Peters on 10 misdemeanor and felony charges related to an election security breach. She allegedly allowed a consultant to make an unauthorized copy of the vote-counting equipment hard drive last year. Materials about Dominion Voting Systems machines as well as passwords leaked shortly after the alleged incident, and authorities traced the leak back to Mesa County.

“Brandi Bantz has worked in Colorado elections for over 20 years, including as a Director of Elections in Mesa, and I am confident Mesa voters will have great elections this year. As Secretary of State, I will continue to provide the support and oversight needed to ensure the integrity of Colorado’s elections,” Griswold said.

The ruling came from District Judge Valerie Robison, who accused Peters of committing “a neglect of duty.” Peters remains in her post as a clerk and can only be removed via recall. Griswold first filed the lawsuit against Peters in January.

“Clerk Peters’ actions compromised Mesa County’s voting equipment and election security constituting one of the nation’s first insider threats where an election official, risked the integrity of the election system in an effort to prove unfounded conspiracy theories,” Griswold’s press release says. “Clerk Peters subsequently refused to affirm that she would comply with Colorado election rules and laws as the Mesa County DEO.”

Peters has denied wrongdoing and claims she did not break any laws in her quest to find evidence of voter fraud.

“I’m now also a political dissident right here in Mesa County,” she said after the indictment. ”It’s unacceptable for Democrats in power and Republicans who are willing to do their political bidding to mock, threaten, and indict clerks and staffers for doing their sworn duty to call out suspicious elections tampering.”

During a rally last month with MyPillow CEO Mike Lindell, Peters peddled unsubstantiated assertions that the 2020 election was stolen from former President Donald Trump. “We caught them in their dirty deeds,” she told the crowd, referring to Democrats.