The national debt, which is fueled by the reckless spending of Congress, is at the center of what's fueling inflation.

Forecasters at Triple A (American Automobile Association, aka AAA) made a bunch of predictions for travel during the 2022 Memorial Day weekend. This writer has not been able to verify whether the final travel stats support their forecasts, but AAA predicted that travel would increase over the holiday, and get closer to pre-pandemic levels — despite sky-high gas prices.

In “Record Gas Prices Hit Americans’ Start to Summer Travel Season” on June 1 at the Wall Street Journal, one reads:

Analysts said gasoline prices so far haven’t changed many motorists’ summer travel plans, in part because of pent-up demand for travel after Covid 19-related restrictions. “Folks have decided, ‘Look, I’ve been good. I’ve been hunkering down for two years. I’m gonna go, and I’m gonna go big,’ ” said AAA spokesman Andrew Gross. The organization said in May that 34.9 million Americans were expected to travel by automobile during the Memorial Day weekend, up 4.5% from 2021.

The 2022 Memorial Day weekend may have demonstrated something fundamental about many Americans, at least the lucky ones who traveled. It’s understandable that after two years of lockdown, sheltering in place, and mask mandates, that folks would want to get up and go. But with gasoline prices at all-time highs, hitting a national average of more than $5 a gallon in June, what would an increase in travel at this time say about the American character?

It says that when it comes to the time-honored strategy of delaying gratification, a lot of Americans have a difficult time denying themselves much of anything. We want what we want, and we expect to get it right now. If the Joneses are going to the beach, then by gum so are we. That such an attitude might lead to even higher fuel prices is beyond some folks.

Many Americans seem to agree with the position put forth by President George H. W. Bush that the U.S. lifestyle is not up for negotiation:

Just before the 1992 Earth Summit in Rio de Janeiro, some of the industrial nations, and specifically the United States, were lambasted for their obscenely high consumption of the world’s finite resources, including food, water and energy.

The world was being gradually destroyed, environmentalists warned, by unsustainable consumption.

Hitting back at critics, then U.S. president George H.W. Bush famously declared: “The American way of life is not up for negotiations. Period.”

Since the 1992 Rio summit, America has fallen into such a state of dysfunction, disrepair, decadence, and decline, and has been led so atrociously by the frauds and crooks in D.C., that one might wonder whether other nations, like China, are much concerned about negotiating with us. We’ve gone from being the largest creditor nation to the largest debtor nation.

The national debt, which is fueled by the reckless spending of Congress, is at the center of what’s fueling inflation. The Fed can raise its interest rates to double digits, but if it continues to buy U.S. treasuries by creating new money, then inflation will continue and get worse. 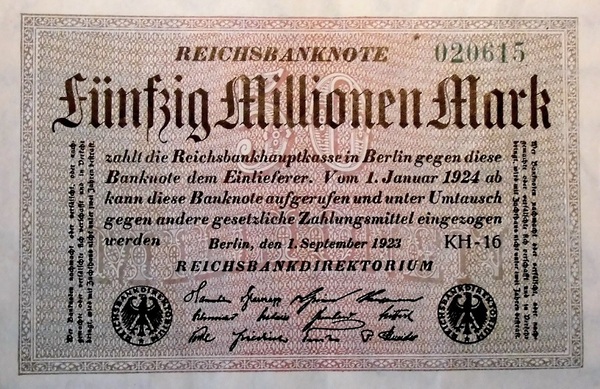 The Fed cannot finesse its problems and avoid a recession by engineering a “soft landing.” The Fed must not worry about keeping asset prices up; prices for stocks and real estate must fall.

With the 40-year high in inflation, the Fed has failed at what should be its main mandate: maintaining the value of the dollar. If inflation isn’t throttled back soon, the Fed must go quite beyond the sainted Paul Volcker’s interest rate hikes and begin selling off its portfolio of assets it acquired in quantitative easing after the 2008 financial crisis. The repeated bouts of quantitative easing over the last 14 years were nothing less than a propping up of the economy and of asset prices. QE may be the main reason we’re in this fearsome inflation vortex.

One reads that the “cure for high prices is high prices.” That suggests that the market will iron out our inflation woes, and it’s true in some cases. But the current inflation situation is a good deal thornier, as it was caused not by the market, but by the government. The Fed needs to go beyond the actions taken by Paul Volcker.

Although we have a couple of decades of faulty Fed decisions to thank for inflation, the policies of the current administration, especially its energy policies, are also to blame. Biden needs to reverse all his energy policies immediately and fire energy secretary Jennifer Granholm. If he won’t do that, then impeach him or invoke the Section 4 of the 25th Amendment and out him.

If America starts suffering a diesel shortage, inflation will ramp up big time. The chaos in the streets now will be a fond memory. Ousting Biden would then become a necessity. Unfortunately, Vice President Harris also isn’t up to the task.

This writer hasn’t been able to discover the context for Papa Bush’s remark that the “American way of life is not up for negotiations.” Was it an off-the-cuff remark or part of a prepared speech or what? If, by “way of life,” Bush was referring to our freedoms and rights confirmed by the Founders, then most real Americans would agree with him.

If, however, Bush was referring to our standard of living, our lifestyle, our consumer society, where Americans take nonessential car trips when gas prices are at an all-time high, then that might need a little negotiation.

But cutting back on consumption won’t sit very well with a lot of Americans, especially those with means. What, not drive to the beach for the holiday? Sorry, that’s not negotiable.

Jon N. Hall of ULTRACON OPINION is a programmer from Kansas City.