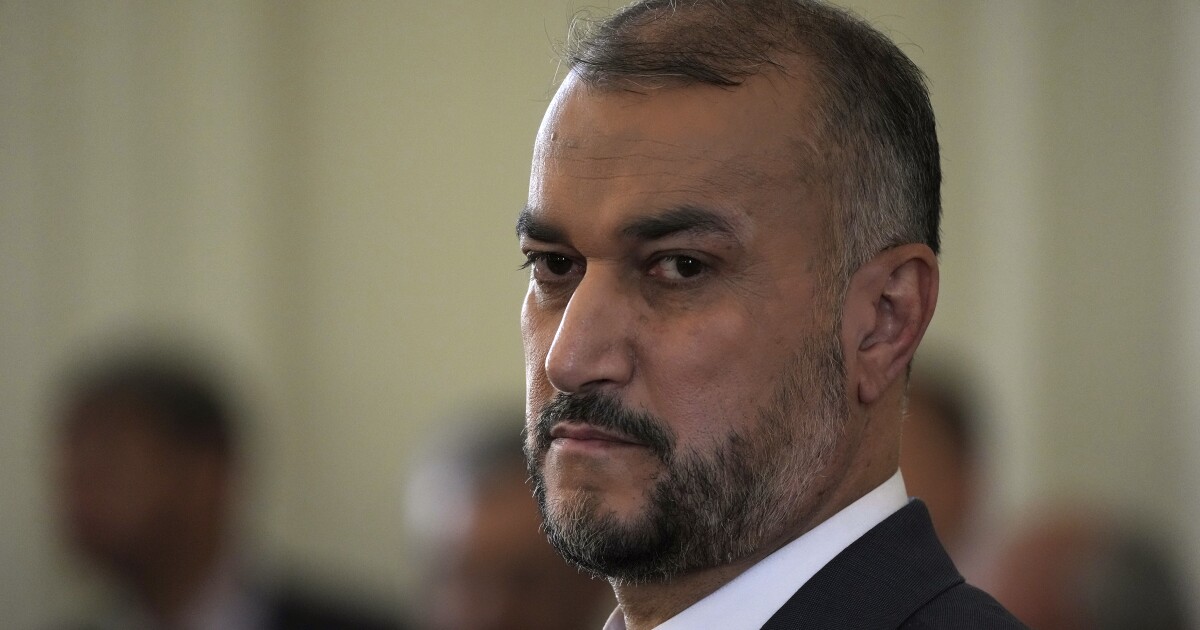 Nuclear talks between the United States and Iran are expected to resume "in the coming days," Iranian and European Union officials said Saturday.

Nuclear talks between the United States and Iran are expected to resume “in the coming days,” Iranian and European Union officials said Saturday.

Iranian Foreign Minister Hossein Amirabdollahian said he is prepared to resume talks about the 2015 nuclear pact, called the Joint Comprehensive Plan of Action, which the U.S. left during former President Donald Trump’s administration in 2018. Trump also reimposed sanctions on Tehran.

“We are prepared to resume talks in the coming days. What is important for Iran is to fully receive the economic benefits of the 2015 accord,” Amirabdollahian said in a news conference, according to Reuters.

Amirabdollahian said he had a “long but positive” meeting with EU foreign policy chief Josep Borrell days after a different meeting with Robert Malley, the U.S. special envoy for Iran who reiterated America’s commitment to returning to the deal, according to Al Jazeera.

“We are expected to resume talks in the coming days and break the impasse,” Borell said. “It has been three months, and we need to accelerate the work. I am very happy about the decision that has been made in Tehran and Washington.”

In March, the EU, which is overseeing the talks, invited parties to the agreement to Vienna. However, the talks were delayed because of Iran’s insistence that the U.S. remove the Islamic Revolutionary Guard Corps, an elite security force, from the U.S. Foreign Terrorist Organization list.

Iran has made a new proposal to bring the U.S. back into the talks, Amirabdollahian said last week, though the details of that proposal have not been released.

The Biden administration has long signaled its desire to reenter the agreement first negotiated under former President Barack Obama, with a State Department envoy entering into “indirect” talks with Iran last month.