California politicians continue to pass policies that, by all accounts, appear to be deliberately aimed at substantially reducing its residents' ability to have reliable, on-demand electricity.

California politicians continue to pass policies that, by all accounts, appear to be deliberately aimed at substantially reducing its residents’ ability to have reliable, on-demand electricity. At this point, it would not surprise me in the slightest if there was actually a Luddite conspiracy behind it all.

Apparently, local outcry over the banning of natural gas appliances (like stoves) in major cities in the Golden State was interpreted by California bureaucrats as clamor for more regulation. So, benevolent and wise as they are, the California Air Resources Board (CARB) voted unanimously to ban all new gas-powered space and water heating appliances by 2030. Although this latest ban doesn’t include gas stoves (yet), it will add additional load to the state’s already beleaguered and overloaded electrical grid.

While it may seem obvious, an explanation may be necessary for those of us who have not yet grasped the full extent of the energy lunacy on the West Coast.

California has, over the years, been a leader in “decarbonizing” their state. In their enthusiasm, Californians rapidly shut down coal, oil, and gas power plants over the years, at a rate that the installation of renewable replacements simply could not keep up with. Nuclear is on the chopping block as well, though the Diablo Canyon nuclear power station has just had its execution deferred for another few years. Diablo Canyon supplies California with 9 percent of its electricity, and represents 15 percent of its non-fossil fuel energy. It’s worth noting that the only reason Diablo Canyon was slated to close in the first place was because Democrats, including Gov. Gavin Newsom, embarked on a long quest to force Pacific Gas & Electric to close it prematurely.

Electricity prices in California have risen six times faster than the rest of the country since 2011, and are more than double the cost of neighboring states’ rates. The poor suffer the most, struggling to keep the lights on and constantly adjust their budgets due to skyrocketing electric bills.

Mandates to install rooftop solar panels on all new homes have also aided in increased energy prices. While people who can afford to have solar panels installed benefit from net metering policies, they are still using energy from the grid at night. Fixed costs associated with grid maintenance and other charges still need to be paid, so non-solar customers end up paying for both their fees and those of their solar-roof neighbors. 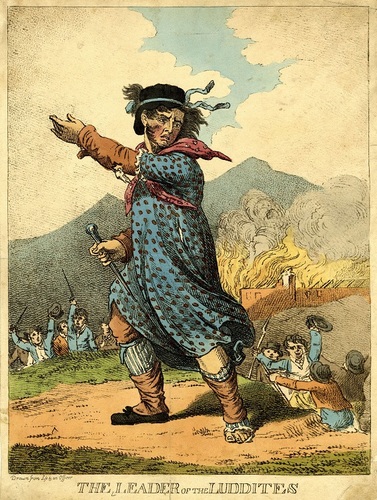 Renewables like wind, solar, and even hydroelectric, are weather-dependent and intermittent by their nature. What’s more, they are hastening the impending downfall of an already poorly maintained grid, as it now faces the growing struggle to manage the unstable energy. Renewables can’t react quickly to unexpected demand spikes, like what occur during heat waves or cold snaps.

As evidence of this, six days after California’s unelected bureaucrats on CARB voted to ban future sales of traditional gasoline cars, the state sent out Flex Alerts asking Californians to refrain from charging their electric cars during peak energy use hours. This occurred in the middle of a summertime heatwave, in which Californians needed to crank up the AC, but then couldn’t, as the grid struggled to manage the extra load. In addition, just to keep the power on, Democratic Gov. Gavin Newsom signed executive orders waiving clean air and water regulations so the state utilities could use diesel generators and ships at port idling off their fossil fuel engines.

Rolling blackouts are an acceptable price to pay, California bureaucrats seem to say, on the path to net-zero.

Additionally, last year, California passed a bill that “transitions” the sale of gasoline-powered lawn tools, like hedge trimmers and lawn mowers, to only electric versions. Of course, all these tools need to be charged on the grid.

The California Air Resources Board also banned the sale of gas-powered portable generators, starting in 2028. This way, Californians soon won’t even be able to run to the Home Depot to buy a generator that they can charge their electric equipment with when blackouts begin. How progressive!

There is only one explanation for this madness: California’s representatives are attempting to revert the state to the glory days of the gold rush era, like some version of Westworld. Think about it — how well are those electric cars going to work if you can’t charge them reliably? With combustion engines banned as well, what’s left? Perhaps California politicos are secretly trying to push residents back to the horse and buggy.  Maybe, due to the continuously growing list of firearm regulations, wheel guns and lever actions will become the only self-defense option.

I’m just reaching for an explanation here, but it looks an awful lot like a wild-west conspiracy to me. I’ll admit that I can’t imagine Gov. Newsom giving up his highfalutin luxuries for the duster and cowboy hat life, but like other California elitists, his life won’t likely be affected much. The rich and powerful in California can always afford to buy their way out.

A New-Old-West California does sound pretty cool, though, but just to visit.

Linnea Lueken ([email protected]) is a research fellow with the Arthur B. Robinson Center on Climate and Environmental Policy at The Heartland Institute. Twitter: @LinneaLueken