In fact, it's leftists who have Islamophobia. Here's why.

Islamophobia: The Left Has It Backwards – American Thinker<!—->

The left — the progressive, socialist, communist, God-hating, atheistic left — gets just about everything either wrong or backwards, from cancel culture to the 1619 Project to racism to the environment to religion to family matters to abortion and pretty much everything else imaginable.  If the left advocates any position on any subject, you’re safe betting the rent money that the left got it wrong.

But where leftists go above and beyond the call of duty to put their foot in their mouth is on the subject of so-called Islamophobia.

If anyone dares to criticize Muslims for their violence, misogyny, antisemitism, intolerance, religiously sanctioned lies, and selfish arrogance, the left rushes to the microphones, keyboards, TikTok, etc. to sympathize with the poor mistreated Muslims who practice a “religion of peace” and commiserate with them on how awful it is to be subjected to the horrors of Islamophobia.  It’s stomach-turning at best, malicious at worst.

Islamophobia is an irrational racist hatred of Muslims and their “peaceful” religion.  Islam is a religion, not a race, but we’ll leave that aside for now.  To be an Islamophobe these days is to be guilty of hating Muslims for no good reason.  So says the left.

It also demonstrates the left’s complete lack of knowledge about the Greek and Latin roots of the English language.

A lot of words in English have their roots in Greek.  This is especially true in the medical field.  Wikipedia has a whole page of Greek and Latin roots on the subject, listed in alphabetical order.  Here are just a few of the Greek ones.

The list goes on and on.  There are Greek roots in every area of the English language.

Take the word “phobia” for example.  It comes from the Greek name Phobos, the personification of fear, in mythology a companion of Ares.  It’s an “irrational fear, horror, or aversion; fear of an imaginary evil or undue fear of a real one.”  Hydrophobia is the fear of water, arachnophobia is the fear of spiders, acrophobia is the fear of heights, and so on.  There are literally hundreds of different phobias, and the one thing they all have in common is fear — intense, unreasoning fear.

There are good reasons to be afraid of some spiders.  Black widows and brown recluse spiders are venomous, for instance.  There are also good reasons to be afraid of heights.  A fall can kill you if you’re not careful.  But here the operative word is careful.  As long as you’re not careless, as long as you use proper precautions — when cliff-climbing, for instance — you’re perfectly safe.

A phobia is different.  The fear engendered by a phobia is intense and unreasoning.   That is, it’s a powerful fear that causes your heart to race, triggers a rush of adrenaline, causes shortness of breath, shakes, trembling, and the inability to think clearly.  This leads to the second part of the phobia — the unreasoning part.

Phobias are not susceptible to reason or analysis.  They’re based on raw emotion and are immune to rational explanations.  A person who suffers from acrophobia, the fear of heights, can’t be talked onto the viewing platform on the roof of the Empire State Building for all the money in the world.  Telling him there is an unbreakable Plexiglas shield around the edge to prevent accidents won’t do any good.  Offering a reward is pointless.  There is simply no way to convince him it’s safe, and there’s almost nothing that can induce him to try it.  Phobias are immune to reason.

Oddly enough, for all of the foregoing, phobias don’t create hatred of the thing the person is fearful of.  Phobias are so strong that they don’t leave room for hatred.  So people with hydrophobia don’t hate water; they’re afraid of it, but they don’t hate it.

There are legitimate, historical reasons to fear the actions of Islam, or more specifically, the actions of Muslims.  Islam teaches a violent supremacy that is intolerant of other religions and promises instant rewards in heaven to any Muslim who dies fighting for Islam.  9/11 wasn’t the result of extremists or terrorists who “hijacked” Islam; it was the perfectly logical and predictable result of Muslims following their Islamic faith to the letter.  Every Muslim who charges into battle or attacks someone on the street or the workplace yelling “Allahu akbar” is faithfully following the tenets of Islam.

So there are actual reasons to fear Islam and keep an eye on it, the same as you would a rattlesnake you meet in the woods.  Rattlesnakes are dangerous, but as long as you take proper precautions and keep your distance, they won’t hurt you.  As long as you do that, there’s no need for an intense, unreasoning fear of rattlesnakes.  Likewise with Islam.

Leave fear of Islam to those on the godless left.  You can tell they’re afraid of it because it would never occur to them to insult Islam the way they insult Christianity.  Leftists feel free to insult, deride, and make horrible jokes about Christianity because they know that Christians won’t riot in the streets or try to kill them for it.  Muslims, on the other hand, have a long and verifiable history of doing exactly that.

Just ask the French reporters at Charlie Hebdo about it.  On January 7, 2015, Muslim brothers Saïd and Chérif Kouachi, forced their way into the offices of Charlie Hebdo armed with rifles and other weapons.  They killed 12 reporters and injured 11 more, while shouting “Allahu akbar,” to avenge years of the magazine’s satire aimed at Islam.

Now try to picture Christians doing that over insults to Jesus.  You can’t, because you know it would never happen.  The godless left knows it, too.  Leftists know that Christians will turn the other cheek, but Muslims will shoot them in the cheek, head, stomach, back, and sides while yelling “Allahu akbar.”

The godless leftists are the ones who suffer from Islamophobia, because they’re terrified of Islam.

Michael V. Wilson is an author, freelance writer, curmudgeon, and husband who writes for the joy of it at Scribe of Texas. 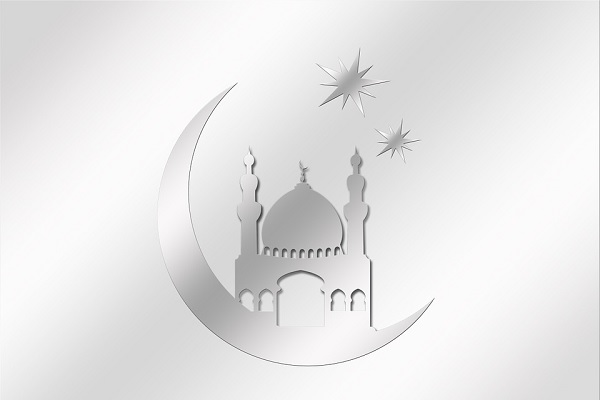