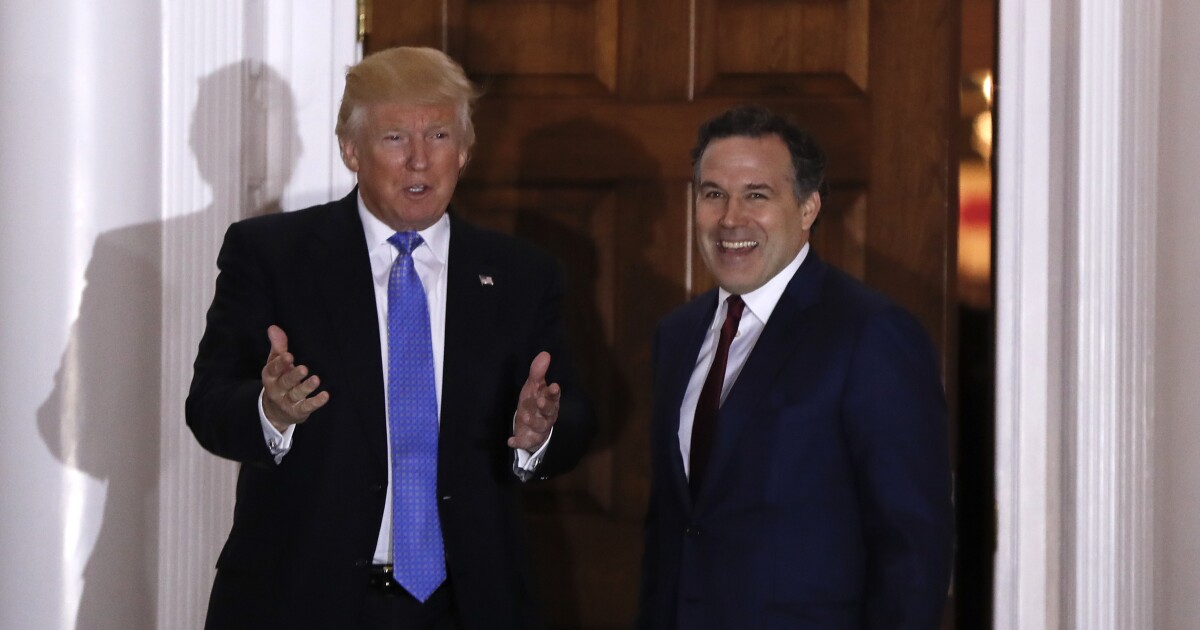 The ad, which contends that Trump’s endorsement was a mistake, will begin airing Monday during the final week before voters head to the polls in the race, a marked reversal just one day after Trump blasted McCormick at a rainy rally Friday night for not being “MAGA” enough.

“Do you think the Trump endorsement of Oz was a mistake? … I’ll say it. I’m not afraid to say it. It was a mistake to endorse Oz. I think it was a mistake,” Fox’s Laura Ingraham says in a news clip embedded in the 30-second ad interspersed with clips purportedly showing Oz’s previous criticism of some abortion restrictions.

Accusing Trump of making a “mistake” is the most pointed criticism yet for McCormick, who has spoken approvingly of the former president.

Taking a shot at Trump is risky in a Republican primary, but McCormick is hoping to seize on an apparent rift within Trumpworld to overcome the powerful endorsement, which has been 55-0 so far in the 2022 cycle. Trump’s backing of the TV celebrity has been criticized in the MAGA world, with some big names, such as former Secretary of State Mike Pompeo, backing McCormick instead. Some portions of the Friday night crowd even booed at various times when Trump and others praised Oz.

McCormick had been eager to win over Trump’s highly coveted endorsement, reportedly hoping his wife Dina Powell, a former deputy national security adviser for strategy in the Trump administration, and others could sway Trump his way.

But he also came with baggage in the eyes of the former president. McCormick privately told friends he would draw the line at backing Trump’s 2020 election fraud claims, a sticking point for Trump in many GOP primary races, the Bulwark reported. He had also previously declined an offer to be the U.S. deputy secretary of defense in the Trump administration.

Trump roasted McCormick for the perceived slights at Friday’s rally.

“David is totally controlled. This is the opponent backed by Mitch McConnell, the old crow, the old broken-down crow. Mitch McConnell is the least popular politician in the country,” Trump said. “David came out very strongly against me on numerous occasions. This was before he was going to run, and then all of a sudden he said, ‘Boy, I like this guy a lot.'”

Oz has said the party “cannot move on” from the 2020 election.

Last night Trump mentioned McCormick not echoing his false claims of widespread fraud as a reason to oppose him in PA. Trump had told people before last night that Oz will publicly support Trump’s claims.

He panned McCormick for his ties to Senate Minority Leader Mitch McConnell and China, referencing McCormick’s work as the CEO of Bridgewater.

“I do know that he was with a company that managed money for communist China. And he is absolutely the candidate of special interests and globalists and the Washington establishment,” Trump said. “We can always count on Dr. Oz to stand up for the United States and against communist China.”

McCormick and Oz lead the field of Republican primary hopefuls ahead of the November contest to fill the Senate seat that will be vacated by Sen. Pat Toomey (R-PA). The primary election in the race is slated to take place on May 17.

With the Senate deadlocked between the Democrats and the Republicans, the outcome of the race could determine the balance of power in the upper chamber.