A new act from out of the U.S. Senate will help diminish mainland China's tyrannical hold over its island neighbor.

The passing of the Taiwan Policy Act of 2022 at the U.S. Senate Committee on Foreign Relations last week brought along a new momentum for Taiwan to secure its sovereignty and thrive further.

In the face of growing tension over the Taiwan Strait triggered by China’s military threats, the U.S. Senate Committee on Foreign Relations’ Taiwan Policy Act of 2022 showed once again the bipartisan support for Taiwan’s sovereignty. These security assurances from the U.S., Taiwan’s strongest ally and supporter, will significantly help strengthen Taiwan’s self-defense capability against China’s aggression.

But the impacts of the U.S. Senate’s Act are far beyond military aspects.

China has been trying to subdue Taiwan by tightening the screws on Taiwan in all dimensions: diplomatically, economically, and culturally.  What makes China capable of bullying Taiwan is not hard to understand.  On the one hand, China forces Taiwan to keep a nearly nonexistent low profile in front of the world with the threat of military punishment if Taiwan fails to comply.  In the meanwhile, China blocks the residual of Taiwan’s messages from being received by the world (i.e. no recognition, no co-operation, and even no interaction) using its political leverage as a permanent member of the U.N. Security Council with veto power.

These two tactics have worked well for China at the cost of Taiwan’s sovereignty and survival: Taiwan has been shadowed, if not completely invisible, for the most part of the past 40 years.  This has left Taiwan in a political and geographical position so irrelevant for the majority of the world’s population that most people do not even bother to question China’s jurisdiction claim over Taiwan.  Taiwan’s helplessness and vulnerability inflicted by China’s coercive tactics are vividly depicted in a recent essay by Naina Singh, an Indian expatriate living in Taiwan.

Now the tide has turned in Taiwan’s favor.  The U.S. Senate committee’s act will soon make China’s military supremacy over Taiwan’s diminish.  And more countries are waking up to resist China’s strong-armed hegemonic diplomacy.  These two together will render impotent the tactics that China once employed to erase Taiwan’s existence.

With the risk of China’s military aggression kept in check, it is time for Taiwan to seize the opportunity to present itself to the world and participate more in worldwide affairs.

There are many avenues that Taiwan can take to regain its due position on international stage.  Start with these small yet solid steps that will make the transition more attractive to the outside world, and the journey more enjoyable for Taiwan.

Present Taiwan’s beauty and achievements to the world.  Taiwan has many to showcase, as the outside world knows little about it other than highly demanded computer chips.  To start with, Taiwan’s land and seas, ordinary people’s daily life, gastronomy and culinary, arts and entertainments, etc. are colorful multi-angle introductory subjects easy to present.  The indigenous people and culture, the economic take-off stories, the birth of democratic movements in the darkness of the White Terror era, legendary figures during the authoritarian rule-to-democratic governance transition, etc. are in-depth subjects for more serious minds.

Once the world has a tangible understanding of Taiwan, it will be less accepting of any attempts to destroy it.

Meet the world’s need for Chinese-language learning and proficiency.  A large number of people, from different backgrounds and cultures, have always been drawn to the Chinese language.  This curiosity quickly turned into enthusiasm with the rise of China’s economy in the past three decades, thanks in part to China’s own efforts to promote the language through China’s state-funded Confucius Institutes, which were installed all over the world in a matter of 20 years.

The China-sponsored overseas Chinese teaching program, though, comes with a big hidden price tag.  It is not only that the recipients must surrender the freedom of deciding what can and cannot be discussed within the entire host institute, way beyond the context of Chinese-language teaching.  It is also because the Chinese taught at the Confucius Institutes is castrated Chinese, a product of the systemic destruction of the traditional Chinese language and culture by the ruling Chinese Communist Party for 70 years.

China’s ideology-driven Confucius Institutes scheme is facing headwinds in the wake of the world’s resistance to China’s political push attached to the rigidly designed language tool.  Dozens of Confucius Institutes have been forced to close in the U.S., and more will follow around the world.

As Chinese happens to be Taiwan’s official language, Taiwan can and should fill this void by providing the world with professional teaching expertise of genuine Chinese language enriched by uncensored and undistorted contents from history, literature, philosophy, and day-to-day usage.

Through genuine language teaching, Taiwan will be able to cultivate its future in the world and harvest fruits in many unexpected ways.

Strengthen exchange programs with the world.  Showcasing can make an unknowledgeable person appreciate Taiwan, but only structured integrations can help deepen the mutual understanding between Taiwan and the world, be it educational, academic, cultural, political, or military.  The E.U.’s Erasmus Program (EuRopean Community Action Scheme for the Mobility of University Students) could serve as a working model for Taiwan to promote personnel exchange at various levels in a wide range of fields between Taiwan and foreign countries.

The talents emerged from such programs will one day help build strong connections between Taiwan and the world.

These approaches, together with Taiwan’s growing economic influence and skillful diplomatic maneuvers, will help create a more supporting world for Taiwan, leading to Taiwan’s official recognition by international communities. 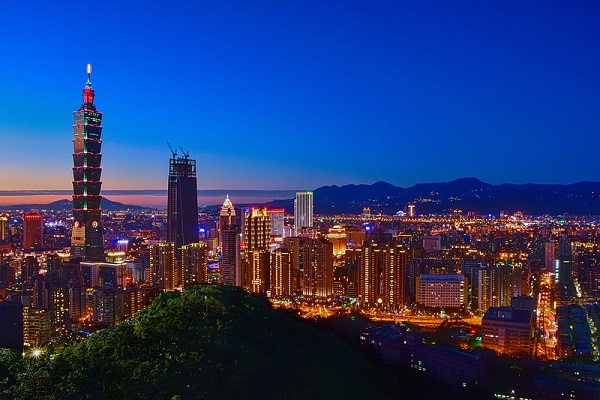