From homelessness to mass shootings, the issue refuses to go away.

In the 1992 presidential election of George H.W. Bush versus Bill Clinton, Clinton’s campaign strategist James Carville coined the phrase, “It’s the economy, stupid.” Bush reneged on his previous campaign promise, “Read my lips, no new taxes,” and raised taxes, sending America into a recession as he was asking for a second term in the White House. Clinton deftly highlighted the failing economy in his successful presidential campaign.

While this strategy could be a winner in this fall’s midterm elections, and likely again in the 2024 presidential election, the reality is that Democrats and Republicans both screw up the economy. The difference is that Democrats promise and follow through on their disastrous policies, Republicans talk a good game on the campaign trail and then renege on most of their promises. The net result can be summarized as Republicans bad, Democrats worse.

Instead, why are not politicians of either stripe talking about a problem that is apparent almost daily in the news and during a visit to any large American city, namely wanton shootings and murder, and the scourge of homelessness? Proposed solutions include Band-aids of banning scary-looking weapons or creating homeless camps to sweep the problem under the rug, but these so-called solutions ignore the root causes of these societal blights.

The elephant in the room is mental health care in America, a problem which makes people uncomfortable and which they would rather not talk about. How bad is it? 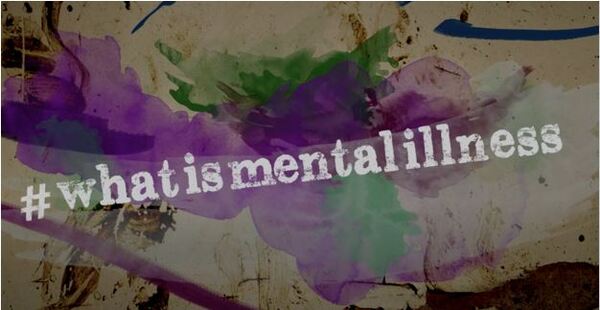 According to Johns Hopkins University: “An estimated 26% of Americans ages 18 and older — about 1 in 4 adults — suffers from a diagnosable mental disorder in a given year.” Going further, “Many people suffer from more than one mental disorder at a given time. In particular, depressive illnesses tend to co-occur with substance abuse and anxiety disorders.”

They also note that, “9.5% of American adults ages 18 and over, will suffer from a depressive illness (major depression, bipolar disorder, or dysthymia) each year.” And that, “Approximately 1% of Americans are affected by schizophrenia.”

Is there any doubt that if 1 in 4 Americans suffered from breast cancer or AIDS, the attention currently devoted to these illnesses would increase by orders of magnitude? But with mental illness, society and elected officials yawn or awkwardly look the other way.

The year 2020 was extraordinary. As the world faced the deadly global pandemic, the daily existence of individuals and families across the United States was shaken and turned upside down, changing our everyday life (home, work, and play) as we knew it. The consequences to public health include social isolation, sickness, grief, unemployment, and an abrupt halt to all of our daily routines.

While COVID has become less of an acute issue, its consequences persist, along with deteriorating economic conditions. Soaring inflation, a looming recession, and shortages of food and other essentials are throwing gasoline on a raging fire.

Psychiatry has come a long way since Joe Kennedy had his daughter Rosemary lobotomized to prevent her from embarrassing the Kennedy family and thwarting her brothers’ political aspirations. Rosemary was too promiscuous for Joe and his sensibilities. Unfortunately, this happened in 1941 and not 80 years later when such behavior would be celebrated and excused, as it is with President Joe Biden’s son Hunter.

Rosemary ended up institutionalized for the remainder of her life post-lobotomy.

Where are such institutions now? The Treatment Advocacy Center notes that institutions have gone the way of Kennedy politicians,

The United States is in the midst of a psychiatric bed shortage that worsens every year. By early 2016, the practice of closing state mental hospitals, often called “deinstitutionalization,” had eliminated more than 96% of the last-resort beds that existed in the mid-1950s; after a brief period of expansion in the 1990s, private hospitals, too, are shrinking their psychiatric inpatient capacity.

How does this affect homelessness? According to the Colorado Coalition for the Homeless, “Research shows that 71 percent of people experiencing homelessness have a mental illness or post-traumatic stress. Additionally, 59 percent are struggling with long- term substance use disorders,” the latter often going hand in hand with mental illness in these situations. If quality mental health care is not available, self-care through street drugs becomes the alternative.

What about mass shooters?

A panel of mental health and law enforcement experts has estimated that roughly one-third of acts of mass violence — defined as crimes in which four or more people were killed — since the 1990s were committed by people with a serious mental illness.

A Stanford study reviewed, “35 mass shooting cases that occurred in the United States between 1982 and 2019 and involved shooters who survived and were brought to trial.” They discovered, “28 had mental illness diagnoses. Eighteen had schizophrenia and 10 had other diagnoses including bi-polar disorder, delusional disorder, personality disorders, and substance-related disorders.” 80 percent of mass shooters in this study had a mental illness, undertreated, or not treated at all.

It’s not only mass shooters, but other random violent crime.

As the New York Post recently reported, a man diagnosed with paranoid schizophrenia who does not take his medication regularly was arrested after brutally beating a cell phone store employee in Phoenix. Decades ago, he would have been hospitalized or institutionalized if he was a danger to himself or others. Today he is free to terrorize people.

What actions are government officials taking? For the homeless, “sweeps” or “cleanups” are the solution, shuffling the homeless out of downtown into the suburbs, as Denver officials are doing, ignoring the root problems, preferring a Band-aid covering a festering sore.

Addressing shootings, Congress’s first reaction is to ban so-called “assault rifles,” shrink magazine capacity, as well as raise the age limit for the legal purchase of firearms. They miss the irony that an 18-year-old can legally use far deadlier weapons than any civilian, as long as they are wearing a U.S. military uniform, but out of uniform, they are deemed incapable of owning a basic pistol.

At least the U.S. Senate is crafting a bill which will focus on improving mental health and substance abuse services, but who knows what any final legislation will look like? Congress had no problem sending $40 billion to Ukraine so they could purchase “weapons of war” for Ukrainians to defend themselves and their property that the same Congress wants to ban here in the U.S.

Until this becomes a national priority, creating a functional mental health care system that can identify, treat, and if necessary, hospitalize those who are mentally ill and dangerous or incapable of self-care, expect to see homelessness and mass shootings continue. It should not be that complicated, unless these are problems elected officials prefer to use as campaign issues rather than actually solve them.