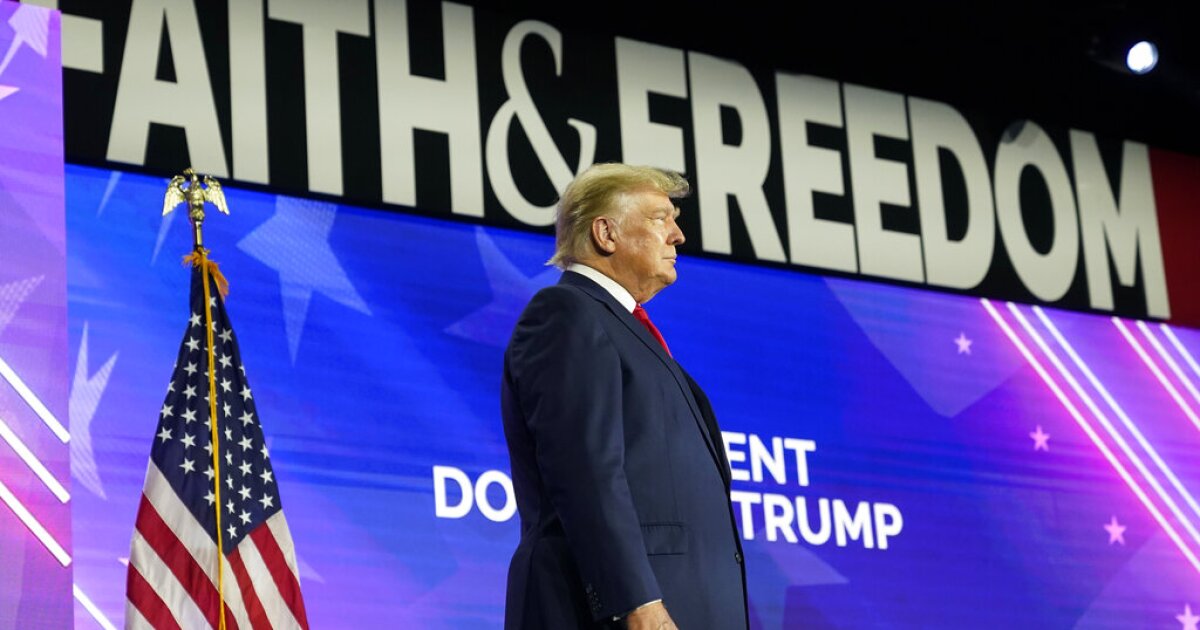 This week, senators inched closer to a bipartisan deal on gun control legislation, a GOP Senate candidate responds to an allegation of "hiding" his previously unknown children, and conservatives on Capitol Hill raged against revived attempts to expand the draft to women. Here are the quotes of the week.

This week, senators inched closer to a bipartisan deal on gun control legislation, a GOP Senate candidate responds to an allegation of “hiding” his previously unknown children, and conservatives on Capitol Hill raged against revived attempts to expand the draft to women. Here are the quotes of the week.

“I believe that the president has been doing a very good job so far, and should he run again, I think we’ll take a look at it, but right now, we need to focus on winning a majority instead of a presidential election.”
— Rep. Alexandria Ocasio-Cortez (D-NY) declines to endorse President Joe Biden for 2024.

“I never called for the defunding of the police.”
— In a debate with Sen. Lindsey Graham (R-SC) on Fox, Sen. Bernie Sanders (I-VT) distances himself from progressive calls for cuts to police budgets.

“It’s absurd that you have so-called conservative members of the United States Senate who are willing to say to the American people, ‘We’re going to draft your daughters’ … anybody who wants to come conscript my daughter can f*** off.”
— Rep. Chip Roy (R-TX) assails renewed attempts to add a provision requiring women to register for the draft to next year’s defense budget.

“Basically whores and has-beens.”
— Roy criticizes professional golfers who have left the PGA tour to take part in a Saudi-backed tour, LIV Golf.

“His answer has been pretty simple, which is yes, he’s running for reelection.”
— White House press secretary Karine Jean-Pierre dismisses speculation President Joe Biden might be replaced on the Democratic ticket in 2024.

“I can’t wait to clear up misconceptions. I look forward to talking to them.”
— Ginni Thomas, the wife of Supreme Court Justice Clarence Thomas, says she eagerly anticipates testifying before the Jan. 6 Committee on her alleged involvement in plans to overturn the 2020 presidential election.

“Last year, we hosted this event, and the message was simple; Pride is back at the White House.”
— President Joe Biden says the “full force” of the government will support the LGBT community.

“The presidency is a monstrously taxing job, and the stark reality is the president would be closer to 90 than 80 at the end of a second term, and that would be a major issue.”
— Former Obama adviser David Axelrod voices concern over Biden’s age.

“Herschel had a child years ago when he wasn’t married. He’s supported the child and continues to do so. He’s proud of his children. To suggest that Herschel is ‘hiding’ the child because he hasn’t used him in his political campaign is offensive and absurd.”
— Scott Paradise, Herschel Walker’s campaign manager, responds to revelations about the candidate’s second son.

“I am glad Sens. Cornyn and Murphy are continuing to make headway in their discussions. I appreciate their hard work on this important issue. The principles they announced today show the value of dialogue and cooperation.”
— Senate Minority Leader Mitch McConnell (R-KY) praises bipartisan cooperation on a gun control deal but stops short of celebrating the compromise legislation.

“It’s essential to have free speech. … It’s important to represent multiple opinions, and not driv[e] a narrative.”
— Elon Musk tells Twitter employees to allow content that they disagree with on the platform during an “all-hands” meeting.

“I think that is somewhat of an absurd exaggeration.”
— Dr. Anthony Fauci’s feud with Sen. Rand Paul (R-KY) continues as the president’s chief medical adviser pushes back on the senator’s claims about booster shots.

“The war in Ukraine, lockdowns in China, supply-chain disruptions, and the risk of stagflation are hammering growth. For many countries, recession will be hard to avoid.”
— World Bank President David Malpass predicts a global recession is on the horizon.

“I don’t agree with the president on the notion that we shouldn’t give [Ukraine] long-range strike missiles, because I think he’s sort of buying into Putin’s rhetoric here.”
— Rep. Adam Smith (D-WA), the chairman of the House Armed Services Committee, criticizes President Joe Biden for withholding some military technology from Ukraine.

“Katie Arrington was a long shot but ran a great race and way over performed. Congrats to Nancy Mace, who should easily be able to defeat her Democrat opponent!”
— Former President Donald Trump congratulates Rep. Nancy Mace (R-SC), who he previously disparaged as “very disloyal” and “absolutely terrible,” on winning her primary against Trump-endorsed challenger Katie Arrington.

“Justice Thomas believes that every person can pull themselves up by their bootstraps. I believe that some people can’t get to their bootstraps without help.”
— Supreme Court Justice Sonia Sotomayor talks about the differences between her and Justice Clarence Thomas, while paying tribute to his character.

“We need to follow the example of Glenn Youngkin and Mayra Flores and tell our story, and that is how we will win.”
— RNC Chairwoman Ronna McDaniel believes recent Republican election wins augur well for the 2022 midterm elections.

“It’s the same people, it’s the same words. … Just insert Jan. 6, etc.”
— Former President Donald Trump says at the Faith and Freedom Coalition’s Road to Majority conference that Democrats have moved on from Russia to Jan. 6.