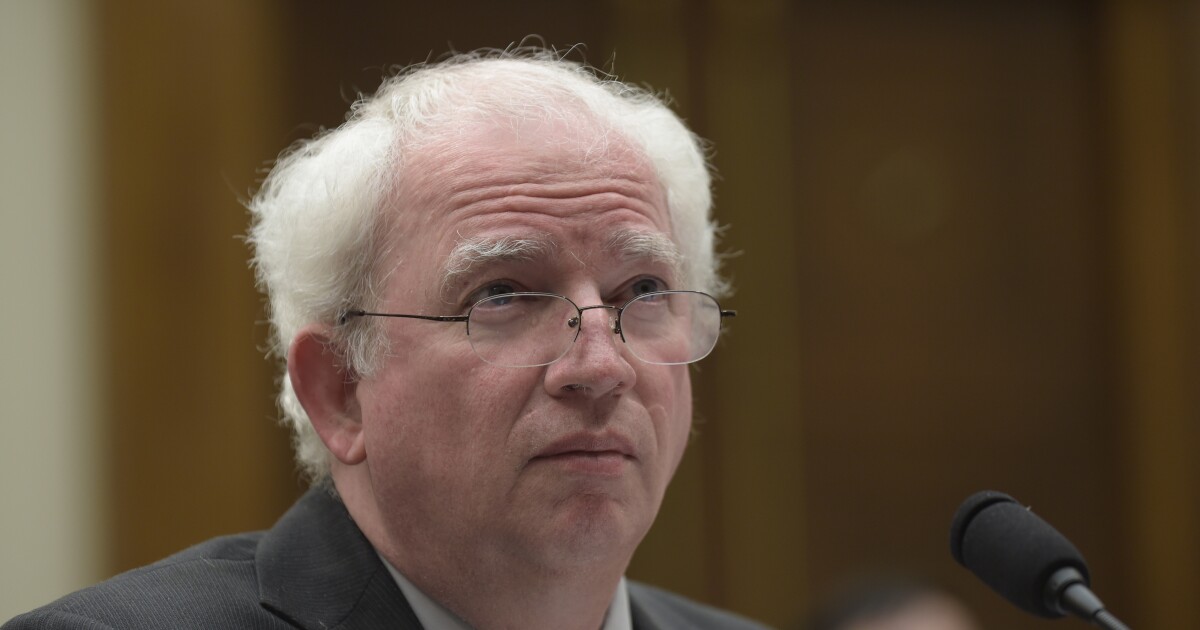 Trump-linked lawyer John Eastman got a reprieve Friday when the House select committee investigating Jan. 6 told a court it is withdrawing objections to roughly 13,929 pages worth of documents it had sought from him.

Trump-linked lawyer John Eastman got a reprieve Friday when the House select committee investigating Jan. 6 told a court it is withdrawing objections to roughly 13,929 pages worth of documents it had sought from him.

The committee also expressed willingness to hold “in abeyance” the roughly 3,236 remaining pages worth of subpoenaed email material from him, leaving about 2,945 pages of emails left in the imminent legal crosshairs as the committee’s focus shifts to its upcoming public hearings.

“The Select Committee believes that the legal issues underlying Plaintiff’s claims of attorney-client privilege or work product protection have largely, if not entirely, been determined by the Court’s Order,” lawyers for the committee wrote in the filing. “The Select Committee’s need for the documents at issue has only become more significant in light of its review of the documents produced.”

The committee’s decision to relent on some of its document requests follows a review it conducted of a consolidated privilege log he turned over Monday, listing the documents he believed should be shielded due to privilege claims.

Earlier this year, the Jan. 6 committee subpoenaed Chapman University, his former employer, for access to his emails, hoping to gain insights about efforts to upend the 2020 election. Eastman had given legal advice to former President Donald Trump and his allies in their bid to challenge the election results. He quickly filed a lawsuit challenging the subpoena due to various privilege claims. In response, a judge ordered him to conduct a review of roughly 21,000 emails from his account, totaling over 94,000 pages.

Eastman completed the review last month, but has maintained that thousands of pages of material are subject to attorney-client privileges — attempting to shield at least 20,000 pages. So far, Eastman appears to have turned over almost 40,000 pages worth of emails to the committee, including roughly 15,000 pages he recently relented on Monday, according to the filing. An additional 30,000 pages worth of emails were quickly deemed irrelevant chain emails such as newsletters and spam.

In the filing on Friday, lawyers for the Jan. 6 committee argued that the outstanding 2,945 pages it is after are “appropriate for the Court’s in camera review and consideration at this time” and requested an “expedited briefing schedule.” A lawyer for Eastman filed a response on Saturday, noting that Eastman is unsure about whether he will narrow his privilege claims over those documents because he has not seen the committee’s request yet.

“Without knowing which documents remain at issue, Plaintiff is unable to offer a position on the continuing need for discovery, an appropriate briefing schedule, or whether further narrowing of the disputed privilege issues may be possible,” the response filing said. “The congressional defendants’ claimed ‘need’ to ‘present the conclusions of its investigation to the public through hearings, scheduled to begin June 2022’ is not cognizable by this Court.”

The Jan. 6 committee is reportedly planning to hold at least eight public hearings in June, hoping to captivate the public’s attention about maneuvers in the Trump world to overturn the 2020 election. Since its inception, the committee has only held one public hearing, opting to conduct most of its work behind closed doors.

As its inquiry wraps up, the committee is aiming to reinvigorate public discussion about the Jan. 6 riot and efforts to thwart the election. The committee has reportedly hired outside talent to craft a blockbuster final report expected to be released in the fall and is planning to release a multimedia piece on its findings as well.

So far the committee has amassed upwards of 104,000 documents and conducted over 935 depositions and interviews. The first public hearing is expected to take place on June 9.