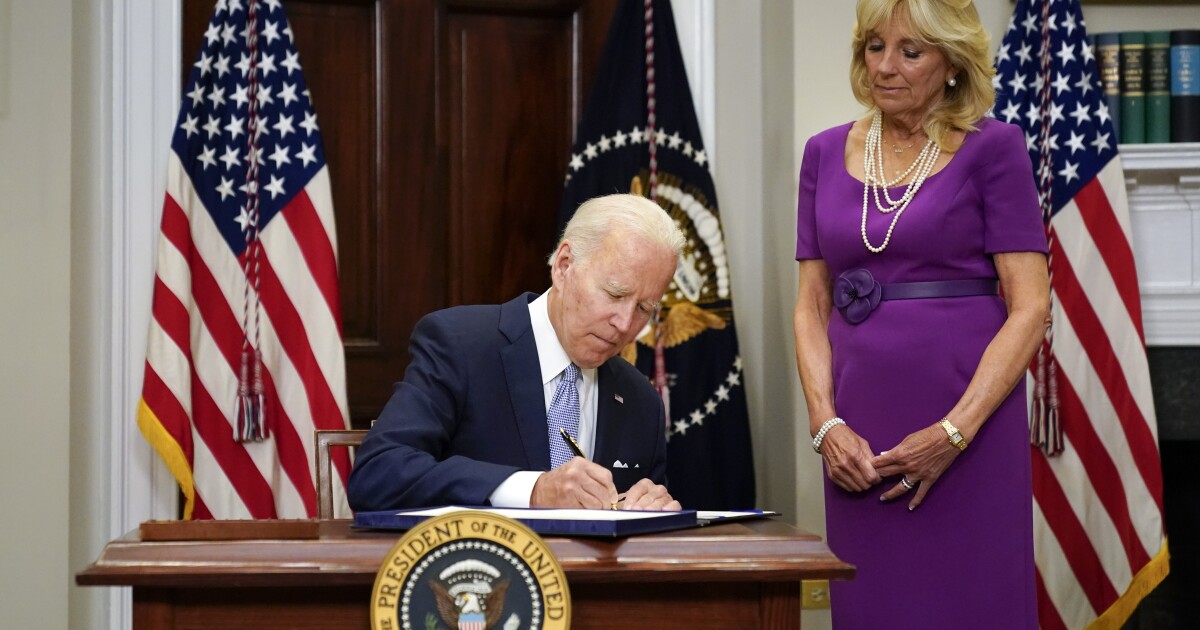 President Joe Biden signed bipartisan gun legislation into law Saturday, with the federal government restricting firearms as the Supreme Court moves in the opposite direction.

President Joe Biden signed bipartisan gun legislation into law Saturday, with the federal government restricting firearms as the Supreme Court moves in the opposite direction.

Biden acknowledged the bill was watered down from his more ambitious goals, with some questions, such as a ban on assault weapons, left unanswered. Nevertheless, the president championed the legislation, saying the bill “saves lives.”

“This bill doesn’t do everything I want but includes actions I’ve longed called for that saves lives,” Biden said before the signing.

The Bipartisan Safer Communities Act passed the House of Representatives on Friday by a vote of 234-193, with 14 Republicans joining every Democrat. The measure passed the Senate in a 66-33 vote, with 15 Republican senators approving the measure.

The new law will include enhanced background checks for gun purchasers between 18 and 21 years old and close the “boyfriend” loophole by adding romantic partners to the list of domestic abusers who are unable to purchase guns.

The move from the elected branches of government contrasts with the Supreme Court, which recently struck down a New York concealed carry law, saying it was at odds with the Second Amendment.

Recent months have seen several mass shootings. A school shooting in Uvalde, Texas, led to the deaths of 21 people, including 19 students.

The bill was signed before the president left for a European trip. He is set to participate in the Group of Seven summit and a meeting of NATO leaders. The president is not expected to visit Ukraine on his trip.