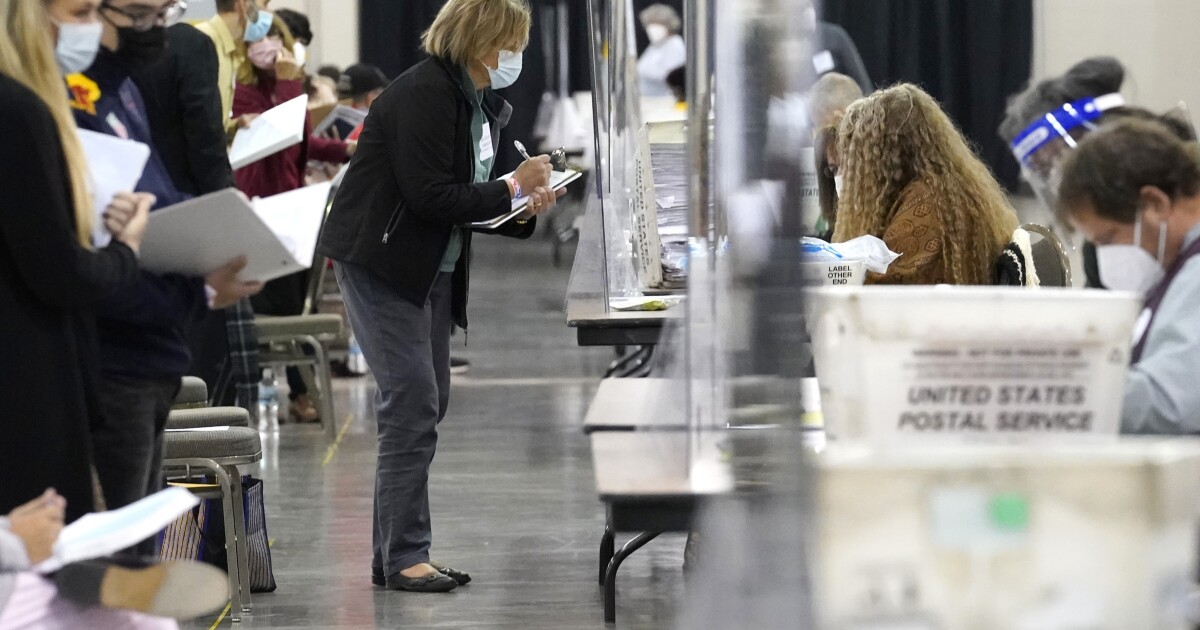 A Wisconsin judge determined that it was lawful for a nonprofit group that received funding from Meta CEO Mark Zuckerberg to help administer election procedures during the pandemic.

A Wisconsin judge determined that it was lawful for a nonprofit group that received funding from Meta CEO Mark Zuckerberg to help administer election procedures during the pandemic.

Dane County Circuit Judge Stephen Ehlke determined that Wisconsin law does not restrict municipalities from obtaining outside funding to help administer elections, dealing a legal blow to conservatives who sought to challenge the so-called “Zuck bucks” in court.

REPUBLICAN WHO INSISTS TRUMP LOST RESIGNS FROM WISCONSIN ELECTIONS BOARD

“There is nothing in the record demonstrating that the CTCL money was used to disadvantage certain populations over others,” Ehlke said, per the Associated Press. “Quite obviously, the Legislature introduced this bill because nothing in existing Wisconsin law prohibited these things.”

Ehlke referenced a law passed by the Republican-led state legislature that would prohibit the use of private grants in administering elections to reinforce his finding that Wisconsin law did not prohibit private assistance. Democratic Gov. Tony Evers vetoed that bill.

The challenge was brought by the Thomas More Society, a conservative law firm. The group argued that the five Wisconsin cities that accepted funding from the Center for Tech and Civic Life — Madison, Milwaukee, Racine, Kenosha, and Green Bay — violated state laws against bribery. The group previously filed a complaint with the Wisconsin Elections Commission over the donations, but the WEC rejected it.

During the 2020 election cycle, the Center for Tech and Civic Life doled out over $10 million to Wisconsin municipalities, the Milwaukee Journal Sentinel reported. Conservative groups such as the Thomas More Society honed in on the five major cities that received funding, as they favored President Joe Biden over former President Donald Trump during the last election. Those cities received roughly $8.8 million of that funding, according to the Associated Press.

Wisconsin went for Biden over Trump by fewer than 21,000 votes. Trump has repeatedly peddled claims that he lost the 2020 election due to fraud and malfeasance. Courts and election officials have repeatedly rebuffed his claims.

Money donated from the Center for Tech and Civic Life to Wisconsin municipalities has long been subject to scrutiny from Badger State conservatives. A number of courts have thrown out legal challenges to those grants, but several cases are still pending, according to the Milwaukee Journal Sentinel. The grants have been scrutinized by former Wisconsin Supreme Court Justice Michael Gableman, who was appointed to conduct an investigation into the 2020 election in Wisconsin.