We praise God for such clarity and boldness from the U.S. Supreme Court.

In a stunning 6-3 opinion delivered by Justice Samuel Alito, joined by Justices Clarence Thomas, Neil Gorsuch, Brett Kavanaugh, and Amy Coney Barrett, with Chief Justice Roberts concurring, the Court simply holds: “The Constitution does not confer a right to abortion; Roe and Casey are overruled; and the authority to regulate abortion is returned to the people and their elected representatives.”

It is refreshing to see the Court refuse to play the usual pro-abortion games in law and instead conclude, “regulations and prohibitions of abortion are governed by the same standard of review as other health and safety measures.”

The Court explains the Due Process Constitutional protections apply to two categories of substantive rights, (1) those expressly guaranteed by the text of the Amendments in the Constitution, and (2) those deemed so fundamental that are not even mentioned. The Court assesses these traditionally by asking “whether the right is ‘deeply rooted in [our] history and tradition’ and whether it is essential to this Nation’s ‘scheme of ordered liberty.’” And the Court rightfully finds “that the right to abortion is not deeply rooted in the Nation’s history and tradition.”

The conclusion is a noncontroversial statement of fact. As the Court notes:

Until the latter part of the 20th century, there was no support in American law for a constitutional right to obtain an abortion. No state constitutional provision had recognized such a right. Until a few years before Roe, no federal or state court had recognized such a right. Nor had any scholarly treatise. Indeed, abortion had long been a crime in every single State.

The bottom line is, “The Nation’s historical understanding of ordered liberty does not prevent the people’s elected representatives from deciding how abortion should be regulated,” which is what the Court imposed by judicial fiat in Roe — a capricious, policy-based, extra-constitutional restriction on lawmakers and the people to make judgments on preferred health policies by balancing competing values.

The Court also explains, “Attempts to justify abortion through appeals to a broader right to autonomy and to define one’s ‘concept of existence’ prove too much.” When Roe and Casey and other precedent tried to do that, they all failed to acknowledge the obvious, abortion “destroys what Roe termed ‘potential life’ and what the law challenged in this case calls an ‘unborn human being.’”

Finally, the Court tackles precedent. When pro-abortion activists are confronted with the hollowness of their substantive arguments, they inevitably turn to stare decisis, claiming the Court must uphold Roe even if wrongly decided because it must uphold its precedent.

But the Court calls out the nonsense by reminding us some of its most important constitutional decisions, like Brown v. Board of Education, which declared unconstitutional laws enacting racial segregation in public schools, have overruled strong precedent (Plessy v. Ferguson in that case). 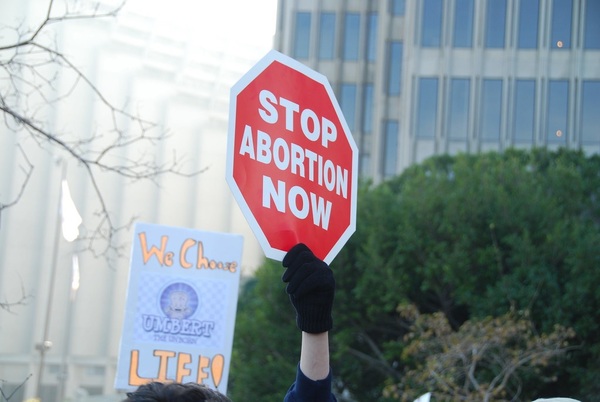 The Court then methodically goes through the factors it has established for overturning erroneous precedent. They are (1) “The nature of the Court’s error,” (2) “The quality of the reasoning,” (3) “Workability,” (4) the “Effect on other areas of law, and (5) the “Reliance interests.” Abortion precedent does not bode well under these standards.

“Like the infamous decision in Plessy v. Ferguson, Roe was also egregiously wrong and on a collision course with the Constitution from the day it was decided,” the Court says. And Casey perpetuated the error by ignoring it. In doing so, “The Court short-circuited the democratic process,” giving us its preferred policy positions as Constitutional Law.

The quality of reasoning discussion is devastating. “Without any grounding in the constitutional text, history, or precedent,” the Court explains, “Roe imposed on the entire country a detailed set of rules for pregnancy divided into trimesters much like those that one might expect to find in a statute or regulation.” Here the Court notes one of its most egregious errors, ignoring the life in the womb. “None of these decisions involved what is distinctive about abortion: its effect on what Roe termed ‘potential life.’”

Roe and Casey fail every part of the test. They are unworkable, have had a tremendous effect on other areas of law, and even the reliance interest has been largely overstated. This last point has been a political weapon for many years to scare the Court into pro-abortion compliance. The Court today courageously dismisses that. “[T]he Court cannot allow its decisions to be affected by such extraneous concerns… The Court’s job is to interpret the law, apply longstanding principles of stare decisis, and decide this case accordingly.”

Therefore, the Court applies the correct standard (its lowest) to any future challenge to an abortion-regulating law, like Mississippi’s 15-week ban at issue in Dobbs.

Under the Court’s precedents, rational-basis review is the appropriate standard to apply when state abortion regulations undergo constitutional challenge. Given that procuring an abortion is not a fundamental constitutional right, it follows that the States may regulate abortion for legitimate reasons, and when such regulations are challenged under the Constitution, courts cannot “substitute their social and economic beliefs for the judgment of legislative bodies.”

Justice Alito summarizes the opinion honestly, writing: “Abortion presents a profound moral question. The Constitution does not prohibit the citizens of each State from regulating or prohibiting abortion. Roe and Casey arrogated that authority. The Court overrules those decisions and returns that authority to the people and their elected representatives.”

We praise God for such clarity and boldness from the U.S. Supreme Court. Of course, much work lies ahead for the pro-life movement to care for mothers and their unborn children. But we are up to the task, and we celebrate today’s significant step toward recognizing the intrinsic value of every human life.