Education professors, if candid, will tell you that you need killers if you want a Dumb New World.

About 5:20, two tough, contemptuous men show up to wait for something.  They don’t care what anybody might guess about their plans or who else might walk in.

The two men are professional killers, one of them armed with a sawed-off shotgun.  They are casual about insulting regular people and bossing them around.  One killer goes in the back, the kitchen, and ties up the cook and another fellow who happens to be there.

The mood is somber.  The guy they’re waiting for, a big Swede, is a heavyweight boxer who could seem invincible to most people.  The killers don’t care.  It’s just a matter of time before the boxer appears and is cut down.

This is a story by Ernest Hemingway known as The Killers.  It is regarded as one of his best stories, spare and emotional at the same time.  Toward the end, the narrator sums up the story.

“I guess they will.

This story also happens to be a perfect description of K–12.  The killers are the school officials and self-appointed experts who cow everybody into silence and surrender.  And the big boxer, the helpless giant — he’s like the millions of kids and millions of parents who should be powerful but are nothing.

Told to sit in a corner, ordered to jam a napkin in their mouths, people do what they’re told.  And if you think the locals should worry about the tragedy unfolding in a cheap restaurant, why should they?  Locals nowadays don’t seem to care about the children in nearby schools being dumbed down.

Education professors at Harvard and Columbia, if candid, will tell you that you need killers if you want a Dumb New World.  They can’t be pussyfooting around. They have to be trained to obliterate whole shelves in the library, whole chunks of human civilization. You need Knowledge Killers.

Someone who died in the 1920s and came back today would be stunned at the knowledge that has disappeared from the schools.  Even the simple stuff is gone.  How many stars on the American flag?  Where is Alaska on a globe?  What are diamonds made of?

In fairness, AP kids might know; the baccalaureate and gifted kids might.  But that’s only 5%. The great majority of kids don’t know and never will know.

How did it became likely that ordinary children would never learn even the simplest stuff?  What’s the Spring equinox?  What is water made of?

How is that possible that shysters could kill not just the simple stuff, but the fascinating stuff as well?  All of it gone — the fun of geography, the drama of history, the achievements of ancient architecture and engineering, the lurid surprises contained in the word biology, the intellectual explosions that occurred in the Renaissance, the tsunami of creativity that has enriched human civilization, and the onslaught of technology that has improved almost everyone’s life.  Our students are taught not to be aware how lucky they are.

The Knowledge Killers take the killer attitude that children don’t need to learn anything from the past.  Nobody knows any of it anymore, so why bother?  That’s what the Education Establishment is good at.  Smugly stripping away everything that used to constitute an education.  Gone.

They are all Knowledge Killers, from top to bottom of the education system, from K to 12 and beyond.  They’ve got that endless contempt, so they can say with a shrug that anything — indeed, everything — is irrelevant, and nobody needs to learn it anymore.

Children don’t need to know anything about the early settlers or the Revolutionary War or any other war or even the most tumultuous and consequential events.  Why would children need to know any of that?  Besides, they can look it up on Google, this being the idiotic sophistry that has paralyzed all of education.  And if you object, the killers will give you a killer look, and you will waffle and surrender.

The killers have a drop-dead confidence. They do not have to apologize or explain.  They don’t worry about stepping on your toes, because you, after all, are a peasant.  The killers are part of a much larger gang, with the power of a crime boss or a tyrannical government.

How can they fill up all the empty days?  Our professors may be stolid, but they can make up whole new realities in ten minutes.  CRT(Critical Race Theory), SEL (social emotive learning), projects without point, aimless desultory explorations of little nothings, endless constructivism of things not worth constructing.  Everything has fancy names, jargon.  That’s the new pornography.  Every new gimmick has mysterious designations like Common Core Standards.  What, are you kidding?  Do you think somebody actually knows what it means?  No, nothing means nothing to these people.  They invent stuff, and they say the real goal in Common Core Math is to learn the meaning.  But if you get the right answer, that’s not good enough.  The meaning is to keep you busy learning nothing, and you never realize that you’ve learned nothing.  That’s the meaning of math now, the meaning of everything.

The Killers has one curious feature.  Hemingway depicts the two thugs as somewhat absurd, with a touch of Tweedledee and Tweedledum.  Hemingway, a tough guy in his own world, is telling us something about bullies and goons with guns.  These are silly people, rigging the situation so they have all the power and can confidently control everyone else.  They’re like the Knowledge Killers, looking out across the population, sure they can steal half of what kids used to learn.  And that’s pretty good for starters. 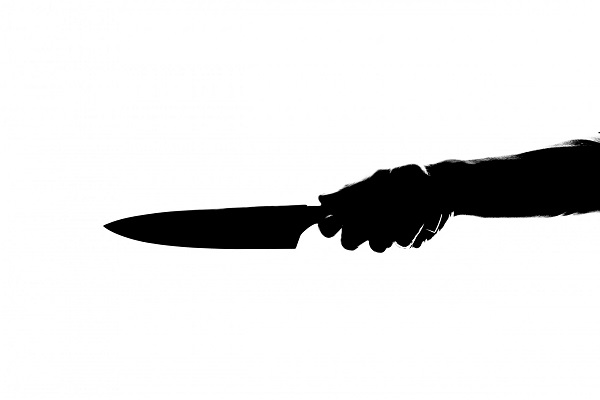