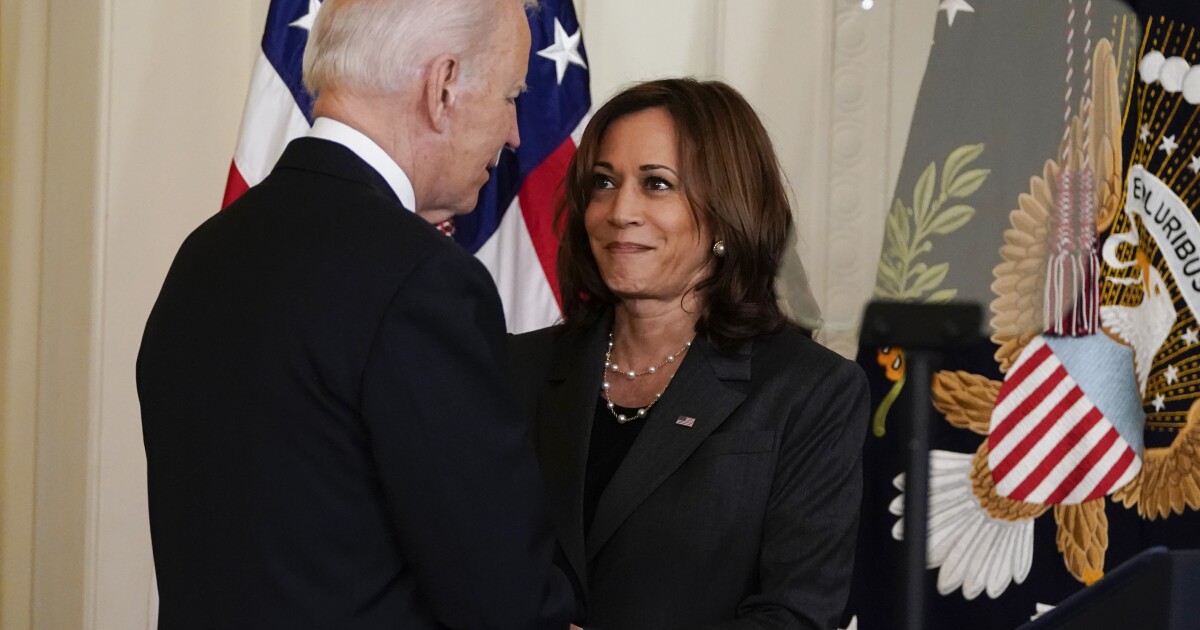 President Joe Biden is known for his verbal missteps, but Vice President Kamala Harris, Biden's heir presumptive, is providing Republican operatives with just as much fodder before the 2022 midterm elections and a second possible White House campaign.

President Joe Biden is known for his verbal missteps, but Vice President Kamala Harris, Biden’s heir presumptive, is providing Republican operatives with just as much fodder before the 2022 midterm elections and a second possible White House campaign.

Harris, whose communications shop has experienced quick-clip turnover, raised eyebrows this week with another instance of clunky speech-writing and awkward delivery.

Other than her explanation of the Russia-Ukraine war as a conflict between “a country in Europe” that “exists next to another country called Russia,” which is “a bigger country,” here is a nondefinitive list of some of Harris’s more interesting comments:

But will we work together?

Earlier this month, Harris addressed Association of Southeast Asian Nations delegates at the State Department. She told the southeast Asia-focused conference that it and the United States hold a “shared belief that our world is increasingly more interconnected and interdependent.”

“With that, I thank you all,” Harris added. “This is a matter of urgent priority for all of us, and I know we will work on this together.”

Harris’s ASEAN appearance was similar to a January NBC News interview during which she was asked whether Biden should adapt his COVID-19 pandemic strategy.

The passage of time is significant

During a trip to Louisiana’s Sunset Community Center in March, Harris touted Biden administration funding to improve high-speed internet access and affordability but was candid regarding the timeline for the projects.

A month later, Harris told MSNBC host Joy Reid that there “is a community in the Mississippi Delta that has a long history of being part of America’s history.”

Before Harris’s southern swing, she visited Poland and Romania during the height of Russia’s Ukraine onslaught to demonstrate U.S. support of NATO’s eastern flank.

“I am here, standing here on the northern flank, on the eastern flank, talking about what we have in terms of the eastern flank and our NATO allies and what is at stake at this very moment,” Harris said beside Polish President Andrzej Duda, correcting herself.

She added, “What is at stake this very moment are some of the guiding principles around the NATO alliance and, in particular, the issue and the importance of defending sovereignty and territorial integrity, in this case, of Ukraine.”

Later that week, her Democratic National Committee winter meeting remark transcript was corrected to underscore that Ukraine is not a NATO member.

“So I will say what I know we all say, and I will say over and over again: The United States stands firmly with the Ukrainian people [and] in defense of the NATO alliance,” it read.

Harris’s trip followed her defending not traveling to the southern border, despite her illegal migration root causes portfolio, by asserting to NBC News that she had also not flown to Europe.