Trump's campaign manager tells American Thinker what it was like to work for The Donald.

Here’s the Deal by Kellyanne Conway is a memoir of her life.  Readers will take the journey from her life as a young child to a pollster, a mom, and the only woman to run a successful presidential campaign.  She shares her feelings about family, her marriage, reporters, and working with Donald Trump, first on his 2016 campaign and then as a consultant in the White House.

In reading the book, people will see her honest and straightforward account.  They will understand why she was so vital to the Trump campaign as a smart, articulate, and talented woman.  It was a pleasure to interview her about the past, present, and future regarding the issues.

EC: Let’s start by talking about the past — 2020.  Can you explain the book quote, “I think if we lose to this guy [Biden] we are pathetic”?

In 2020, there was a whole lot more going in terms of resources, much more money, and staff members.  Yet, toward the end, they ran out of money and had to pull some ad buys in those critical swing states.  For example, can anyone even tell me what the Super Bowl ad was about sometime before the election?  Then the Tulsa rally publicized how a million people would be there, yet there were empty seats.

I think the campaign never adapted and adjusted from the Trump economy as the core governing central premise for his election versus a once-in-a-century global pandemic.  COVID dominated, which was a benefit for Biden, who stayed in his basement bunker.  There was never such a gulf between exposure of the two presidential nominees.  President Trump was on TV two hours plus a day versus less than an hour of Joe Biden per week.  Biden benefited by it because people could make him whatever they wanted to make him.

EC: Was the first presidential debate a disaster?

KAC: I told the president to let Biden speak.  There was no indication the man had the stamina or wherewithal to stand there and spar with President Trump for ninety minutes.  I wanted him to put it to the test.

EC: What about his tweets and social media presence?

KAC: There is an anecdote in the book where I walked into the Oval Office, and the president says about his social media presence, “Without this, I would not have gotten elected.”  My response was, “I want to make sure with that, you don’t get unelected.”  Overall, it was a net plus for him and the nation.  Why?  We all benefited from receiving instant communication free of charge from the president.  The CEO billionaire and the housewife both knew what was going on at the same time.  But it was also easier for his detractors and critics to take some of those communications and turn them around, alienating some independents and suburban women.

EC: President Trump in 2020 lost suburban women.  Did he not concentrate on issues that concerned women?  You have a book quote, “Politics 101.  You don’t tell the American people what’s important to them.  They tell you.”  Please explain.

KAC: Women were concerned about education, crime, economic security, and COVID.  The process changed, which did not allow him to do as many rallies.  This prevented him from discussing more issues.

EC: What about the universal mail-in ballots?

KAC: The president himself said that if that happens, it will be bad.  The campaign should have realized and adapted to it better.  There should have been poll-watchers ready to go, lawyers ready to go, and challenges ready to go instead of scrambling around after November 3, 2020.  They had to prove that the level of fraud had changed the election.  I said in the book that proving conspiracy and fraud is tough.

EC: President Trump complained early on about universal mail-in ballots, so why didn’t he call the state legislators and governors to enact something before the election?

KAC: Great question.  This is the point about 2020.  Of course, there were improprieties and malfeasances.  In a movie, the president says he lost.  But also looking at the movie, there is a realization that the fix was in.  [Mark] Zuckerberg and his wife, through two nonprofits, spent $400 million for safe voting.  Yet 92% of the precincts that received $1 million or more from them were won by Joe Biden.  You start to scratch your head.  What happened?  They outfoxed the Trump operation.  It is important that we get answers to these concerns so we are not up against them again in the next presidential cycle.

EC: President Biden is arrogant, self-centered, and incompetent.  He takes no responsibility.  He is a liar and is unable to come up with solutions.  Do you agree?

KAC: I completely agree.  He has never been an impressive legislator or vice president.  It goes way beyond mental ability and physical energy for the job.  People should not focus so much on his mental ability and age because then they are not focusing on his agenda, which has brought us to the brink of failure.  He is also an angry guy.  He is not up for the job of president.

KAC: On the margins.  Those against Donald Trump, his family, and the people around him might be motivated by these hearings.  Others will say it is another witch hunt.

EC: What about the other issues?

KAC: I do think most people are concerned about education, the economy, crime, energy independence, and border security.  Look at how fentanyl is the number-one killer of 18- to 49-year-olds in this country right now.  What is Congress doing about that?  Where are those televised hearings?  I think guns, abortion, and the January 6 hearings will have an impact on getting a little more enthusiasm and turnout among the Democratic base who otherwise feel very demoralized this year because they have two turkeys, Biden and Harris, in the White House.

EC: It appears the Democratic strategy is to make themselves out to be moderates when they are not: Biden; Eric Adams, the mayor of New York; and now the Ohio Senate candidate, Tim Ryan.  How can Americans be warned?

KAC: Look at their records.  Joe Biden had a zero record of being a unifier.  In the case of Tim Ryan, he has been in Congress for over two decades.  He tried to run for president and embarrassed himself.  He is a hothead; just look at his TV interviews.  People should look at his record, where he votes 95% with the Squad, Biden, and the radicals.  These ad-makers need to wake up and do some digging with the record and statements that already exist.

KAC: President Trump, if he runs, should not be there to settle scores or run based on spite.  I know he has been given polling data that is not always accurate or helpful to him.

He is a smart guy and was an excellent president.  Tens of millions miss him and what he has accomplished.  I hope he considers allying himself with folks who are in it for all the right reasons, the America First agenda.  I do hope that what we implemented in 2016 is implemented in 2024.  So much of it still applies.

The magic of Trump’s appeal is to the forgotten man, forgotten woman, and now the forgotten child with school choice, opportunity scholarships, and pro-life advocates.  If there is a role for me to get rid of Biden-Harris, I will take it.  But President Trump needs to decide if he will run.  His most likely path is to go from king to kingmaker back to king.  Looking at the way the media cover issues, one would think Trump is president, not Joe Biden.

EC: The Supreme Court ruling on abortion just came out.  What would you say to candidates regarding this issue?

KAC: The “follow the science” crowd say they know that a five-year-old should be masked up.  They cannot look at a five-month-old sonagram and ignore the heartbeat, eyes, and limbs.  Let’s follow the science.  Anyone who cannot tell what is on that sonagram is anti-science, especially if he believes in abortion any time, up to the moment of birth, like the Colorado law.

EC: I see you as a role model for women, considering you were the first female campaign manager who won.  Do you see yourself as one?

KC: Conservatives are the ones who lift other women up.  I will leave it to other women to decide if I inspired or influenced them in a positive way — although I do it hear that from young girls.  After I tell them they could be the one to be the first female president, their faces just light up.

EC: Can you talk about KAConsulting?

KAC: It is my new company.  I am back to my original craft, which is polling.  I have been doing it for twenty-eight years.  We have been working with candidates and non-profits for about a year and a half.  We do polling, consulting, and media training.  We are very involved in 2022 and will be in 2024.

EC: What should we know about polling questions?

KAC: My advice is for people to look at the poll’s sample size and where the questions are placed in the poll.  It should go from general to specific questions.  The first questions should be generic, such as “what is the most important issue facing the country?”

The sample size should be large enough and representative of the intended audience.  Everybody who releases polling data has an obligation to release the entire poll.  Americans have a right to demand it.

EC: What would you want to say to Americans?

KAC: I have been going around the country and found out how wise Americans are.  They have excellent ideas about how to fix what is broken, how to protect and ensure our freedoms and democracy.

Let’s not lose hope. We have been through two world wars, 9/11, social and civil unrest, real tragedies.  We will overcome.  Voting is not just someone’s civil duty and constitutional right, but a necessity.  All elections are vital.

It is not the consultants, not the media, not the elected officials, but the American people who are the best ambassadors for limited government and the free market.  There are people in your circle of life whom you should speak with about education, inflation, high gas prices, border security, energy independence, and the rights of women and children.  Stand up, show up, and speak up. 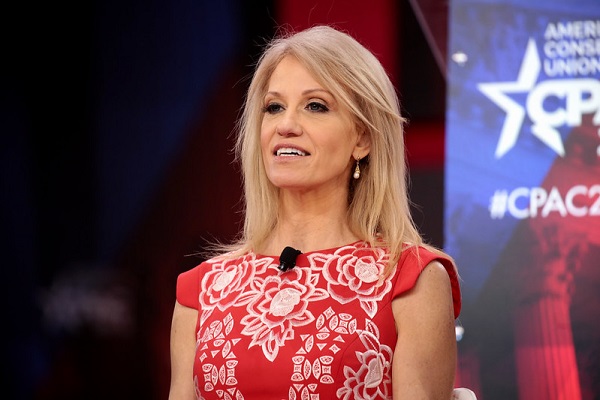