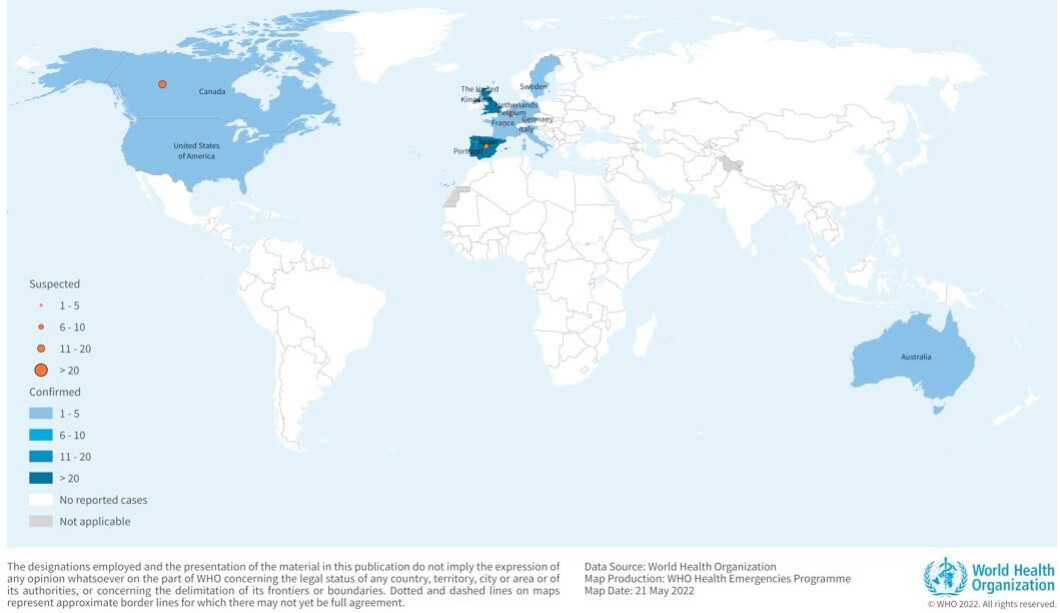 The absence of accessible testing for monkeypox threatens an effective early response to the outbreak.

The absence of accessible testing for monkeypox threatens an effective early response to the outbreak.

The United States does not make PCR diagnostic tests for monkeypox commercially available, which could make early efforts to forestall an outbreak impossible. The U.S. has already been caught unawares when it comes to testing for COVID-19, and it took the country months after the pandemic began to catch up. The Food and Drug Administration did not approve a rapid at-home COVID-19 test until the fall of 2020.

“Testing for monkeypox isn’t readily accessible,” wrote former FDA Commissioner Scott Gottlieb. “One critical lesson from Covid, Zika and other infections is need for widely accessible testing in early stages of outbreak; and efforts to rapidly develop, scale commercial tests that can be widely deployed.”

The disease is generally confined to the African continent, with occasional outbreaks abroad. In 2003, the U.S. confirmed that 47 people from six Midwestern states were positive or suspected of having the West African strain of the monkeypox virus, the same strain currently spreading in parts of Europe and the U.S.

There have been over 210 confirmed or probable cases of monkeypox worldwide and nine in the U.S. alone since the start of May in the following states: California, Florida, Massachusetts, New York, Utah, Virginia, and Washington. While some of the cases are linked to recent travel to countries where new cases are popping up, not all of them are, leading Centers for Disease Control and Prevention Director Rochelle Walensky to conclude that “there is some community spread.”

The pharmaceutical industry is expected to begin making tests that can be used outside laboratories. Switzerland-based pharmaceutical company Roche announced this week that it created three different test kits that can detect the monkeypox virus. While the first kit detects orthopoxviruses, the category that encompasses monkeypox and smallpox, the second of three test kits detects only monkeypox viruses, specifically the West African and Central African clades. The third kit tests for both simultaneously. The FDA has yet to give Roche approval to market the tests in the U.S., but the company said the kits are already in use by researchers “in the majority of countries worldwide.”

The large share of monkeypox cases in the United Kingdom has involved men who have sex with men. While monkeypox is not a sexually transmitted disease per se, transmission relies on close contact with another person who has the virus, usually evidenced by skin lesions and rashes. Health officials in the U.K. and the U.S. attribute the prevalence of the virus in the gay and transgender population to the close skin-to-skin contact needed for transmission. The virus can be spread through contact with lesions of someone who is infected as well as infected materials, such as bed linens.