Liberal policies are failing in real-time on a spectacular scale that this country has never before seen.

‘Leftugees’ On the Move: Why Americans Are Fleeing Liberal States – American Thinker<!—->

The data is clear: Residents of Democrat-run states are fleeing at alarming rates. Many are choosing Republican-run states as their destinations of choice. And while it’s not clear yet what this mass migration of “leftugees” means for the power of blue and red states, one thing is clear: Liberal policies are failing in real-time on a spectacular scale that this country has never before seen.

According to a new survey that studies the migration patterns of Americans within the United States, liberal-run New Jersey led the nation with 70 percent of all people involved in moves fleeing the Garden State (compared to just 30 percent who migrated in).

Illinois, home of the crime-ridden liberal haven of Chicago, came in second with 67 percent of moves resulting in residents leaving the state and just 27 percent involving inbound moves.

New York, another liberal hotbed, came in third on the list. In total 63 percent of movers kissed the Empire State goodbye, while just 37 percent decided to move in.

Connecticut wasn’t much better. More than 60 percent of all moves were outbound, while just 39.9 percent were inbound.

Rounding out the top five is California, with 60 percent of moves involving people leaving the state and just 40 percent involving inbound moves.

Michigan, Massachusetts, and Louisiana come in sixth, seventh, and eighth, respectively, which gives Democrat-run states a clean sweep of the top eight outbound states. Ohio (ninth) and Nebraska (tenth) are the only Republican states in the top 10.

Where are all of these people moving, you might ask? The top 10 inbound states of 2021 were:

For those counting at home, red states make up seven out of the top 10 states for inbound moves. Vermont, Oregon, and Rhode Island are the only blue states to make the list. 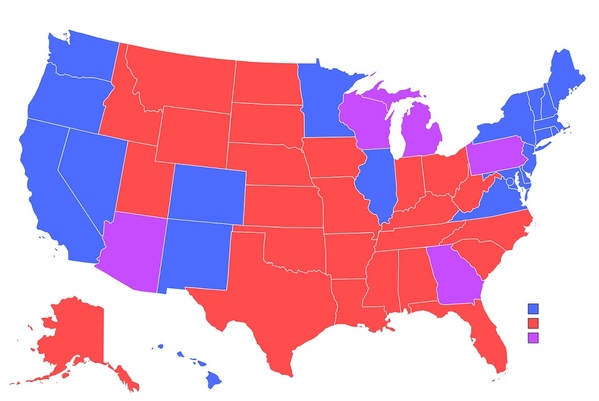 And do you want to know the truth? This isn’t a new trend. This mass exodus of “leftugees” from liberal-run states has been happening for years. In 2020, the top inbound states were Idaho (red), Arizona (blue), South Carolina (red), Tennessee (red), and North Carolina (red). The top outbound states were Illinois (blue), New York (blue), California (blue), New Jersey (blue), and Maryland (blue).

This isn’t a small blip on the radar of migration trends. This is a monumental shift away from Democratic-run cities and states and to Republican-run destinations that simply have more to offer.

Liberal cities are becoming defined by high crime, homelessness, high drug use, poor education, and policies that prioritize feelings over facts — and residents are quickly growing sick of the ways in which their mayors, governors, and elected leaders refuse to alleviate these problems. As a result, they’re moving to red states that offer greater opportunity, safety, and freedom.

The Appeal of Red States and Conservative Ideals

U.S. House Minority Leader and California Representative Kevin McCarthy said it best in a February 2022 tweet when he wrote: “Americans want safe communities, good education options, and job opportunities. So they’re fleeing liberal-led states like California and moving to freedom-first places like Florida. Washington could learn from the mayors who are leading the trend.”

In California, for example, the top marginal tax rate is 13.3 percent. In Florida, there’s no sales tax. For someone in the top bracket making $1 million per year, that’s a difference of $133,000. But even for middle-class folks, it’s a savings of hundreds of dollars per month (on top of lower property taxes, cheaper real estate, and an overall lower cost of living).

In Florida, as well as other conservative states, professions like real estate are booming. You can get your Florida real estate license for less than $100 — potentially paving the way for a solid six-figure income that provides ample opportunity for financial freedom. (By contrast, a low six-figure income in California barely gives you enough income to buy a house.)

Is it Too Late?

The biggest problem with liberals fleeing blue states is that most of them don’t understand what’s happening. They’ve become disgusted by the crime, homelessness, drug abuse, poor education, and restrictive policies in their home states — and they want to move to red states where conditions are better — yet they fail to understand what’s actually happening beneath the surface.

These “leftugees” don’t realize that it’s their voting habits that made their former blue state so unbearable. And guess what? They’re bringing their blue voting habits to their new red states. In other words, they’ll eventually turn their red states blue and then, inevitably, move to greener pastures again.

Republicans should be terrified by these migration patterns. It remains to be seen what will happen over the next couple of election cycles, but unless something changes, red states will slowly turn blue and these migrational safe havens will cease to exist.