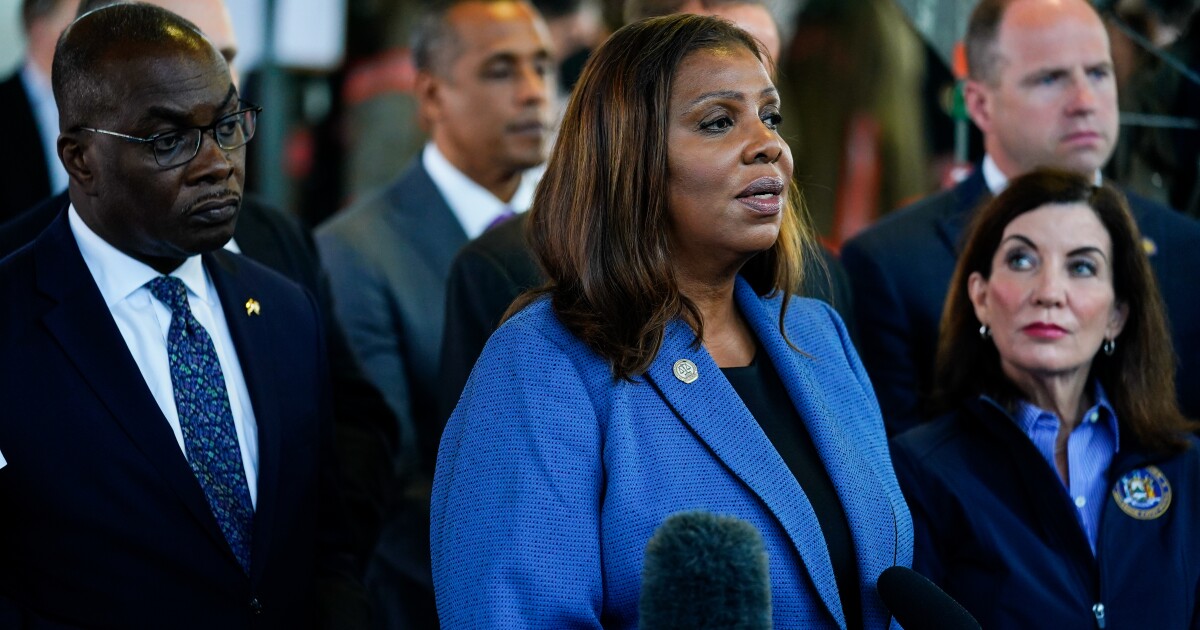 James’s office will be looking into Twitch, 4chan, 8chan, Discord, and other platforms the alleged shooter reportedly used to promote the shooting on Saturday that left 10 people dead and three others injured, her office announced Wednesday.

“This terror attack again revealed the depths and dangers of these platforms that spread and promote hate without consequence,” James tweeted. “We are doing everything in our power to stop this dangerous behavior now and ensure it never happens again.”

Details of James’s investigation are not immediately clear. The 18-year-old suspect reportedly livestreamed the shooting of a Buffalo supermarket on Twitch and posted about carrying out the attack on Discord, the New York Times reported.

James’s investigation follows a referral from Gov. Kathy Hochul (D-NY) who declared Wednesday that “social media platforms must take responsibility and be held accountable for favoring engagement over public safety.”

I’ve issued a referral to @NewYorkStateAG to investigate social media platforms that broadcasted the horrific attack in Buffalo and legitimized replacement theory.

Social media platforms must take responsibility and be held accountable for favoring engagement over public safety.

Earlier in the week, Hochul tried to pin some of the blame of the shooting on social media platforms for not monitoring the Buffalo shooting suspect’s violent contemplations more carefully.

“The fact that this can be livestreamed. How long was it livestreamed before someone paid attention?” Hochul told host Chuck Todd. “These companies make a lot of money. They’re very profitable. And in my judgment, they have the opportunity to be doing far more monitoring and shut things down before it gets to this situation.”

Twitch said it suspended the suspect’s account and was on the lookout for reposted footage on the platform.

The governor is working on a comprehensive plan in response to the shooting, including collaborating with the state legislature to pass laws requiring police to report gun crimes within 24 hours, mandating microstamping on semiautomatic pistols sold in the state, and closing gun loopholes in state law, she announced Wednesday. Hochul said she will also issue an executive order creating a new unit at the state’s Department of Homeland Security to investigate domestic terrorism matters.

In wake of the racist act of terror in Buffalo, New York will lead the charge to confront this epidemic head-on.

The Washington Examiner reached out to representatives from the four social media platforms named by James for comment.

The suspect behind the shooting in Buffalo has been charged with first-degree murder. Authorities uncovered a 180-page manifesto believed to have been authored by the shooter musing about the “Great Replacement” theory and about killing as “many blacks as possible.” The shooting occurred in a predominantly black neighborhood of upstate New York on Saturday.