No one can speak of evil without mentioning its attraction to the Democrat Party, which is now the party of official racism in America.

Liberalism and the Problem of Evil – American Thinker<!—->

No one can speak of evil without mentioning its attraction to the Democrat Party, which is now the party of official racism in America.  Political evil is a contagion of psychological immaturity, self-delusion, and counterfeit justification, and its virus has spread throughout America’s liberal ruling class.  Its influence has scoured our nation of its fundamental values, and leftists are intent upon creating a state apparatus that facilitates the separation of children from their parents, criminals from justice, and citizens from the Bill of Rights.  This is a call to Marxist socialism that has no past and no possibility of a future.  This is evil come to do business with the Democrat Party, and it is evil on a national scale.  Civilization must protect the weakest, but leftist ideology targets and crushes those who are unable to resist the powerful forces of state coercion.  There is no civilization on the far side of Marxism.

Modern liberalism is a template for the genesis of evil that is now possible in democratic systems.  It is a product of the intellectual syphilis that comes of inbreeding elitist populations.  Liberals have already written the script for America’s decline and fall, and there is no suggestion of a democratic ending.  The people are the nation: that is what democracy looks like.  The people, at first, create the government they want; but at last, and by slow degrees, government creates the society it needs.  It is the fate of democratic societies that allow, by their own election, the assassins of freedom into the center of government.

Liberal democracy has become its own caricature, an imitation of its original promises now so distorted that it serves only to exaggerate its own deficiencies.  Liberals are trapped in their delusions with no way out.  That is why they panic and scream at the least of provocations.  As liberalism itself has shifted its social and political doctrines more into alignment with the theoretical plane of Marxism, its votaries have taken the concept of democracy into the socialist regions of hell.  If it were a play set upon the stage of history, democracy would be performed as a tragedy in five acts: the first act being a declaration of principles; the second act creates constitutional structures and fundamental law from those original intuitions of enlightened moral intelligence; the third tests those structures in periodic conflicts over power; the fourth finds them vulnerable to infiltration and overthrow by political corruption, despotic ambition, and foreign influence; and the fifth act yields to Tyranny his triumph.  We are presently at crisis in the fourth act of our drama. 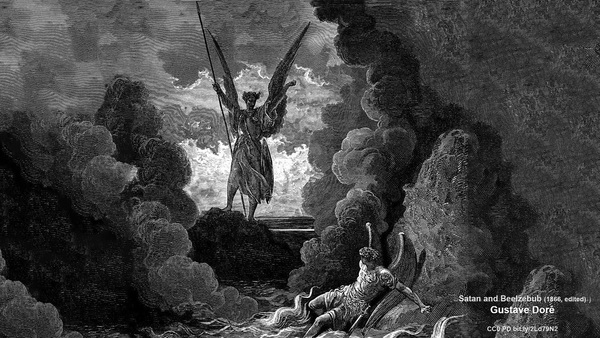 Unfinished minds are enthralled by the finality that modern liberalism brings to western civilization.  To associate the fundamental principles of democracy with twenty-first century liberalism is not unlike the dialogue of fire and water: the one enlightens but the other extinguishes.  The liberal argument of power does not translate into the language of democracy.  There was a time when liberalism embraced and guarded the fundamental values of the “free citizen,” but that time is not now; and it is no longer possible to separate the concept of liberal democracy from its totalitarian impulses.

The term “liberal democracy” is an intellectual vanity, an academic exercise in the power of redefining the terms of justice.  Conservative thinking, however, scorns the liberal practice, recognizing that the fundamental principles of democracy must remain free of ideological tinkering.  The principles of democratic order are what they are, recognized and graven upon the sacred memory of the world, existing apart from any conceit of dogma.  The function of conservative government is to secure these free-standing principles of democracy under the protection of law, not to preserve the ideologies that would appropriate them for political uses.

We have reached a point in our political affairs in which we are voting for either limited government and a free society or unlimited government and a society in chains.  There can be no possible reconciliation of these differences.  The appalling distance between the commonsense problem solving of conservative government and the left’s radical template of compulsory thought and behavior has resulted in a degenerative condition of political stasis in which the governing party is compelled to tear down the accomplishments of the previous administration, and the governed are reduced to the status of refugees from the conflict over power.  The willful destruction of our democratic institutions proves how barbaric liberals can be with the levers of power in their hands.  Liberals are like Tolkien’s wizards of Middle Earth: they cannot build the things that please them; they can only destroy the things that annoy them.  And a constitution that tells the government what it cannot do annoys them greatly.

The children of the left want nothing to do with government or way of life they had no part in creating.  They are insurrectionists.  They are wrong with purpose and maliciously resolved to break the trust we hold in our democratic institutions.  Before all else, this must be understood if we are to develop a social consciousness of the political evil rooted and metastasizing in liberal culture, for injustices done to us by our equals are more harmful than injustices done to us by tyranny.  The urge to target, threaten, and silence, to bring harm to millions of citizens who disagree with the liberal party’s deviant ideology, is characteristic of what psychiatry calls a “collective delusional system” — a communal psychological disorder — and the bringers of harm should be stigmatized and removed from the instruments of power.

There are no accidents in the will to destroy the good in all things.  There are no philosophers of democracy in the party of Democrats, no doctors of the American spirit.  In their best moments Democrats are hypocrites; in their worst, oppressors; and in every moment, liars.  For this reason, we must beware the Democrat who speaks in praise of democracy for he speaks a terrible deception.  He is finished with America; and in his determination to acquire and preserve unmolested power, he is finished with democracy as well.

Philip Ahlrich can be reached for comment at [email protected].