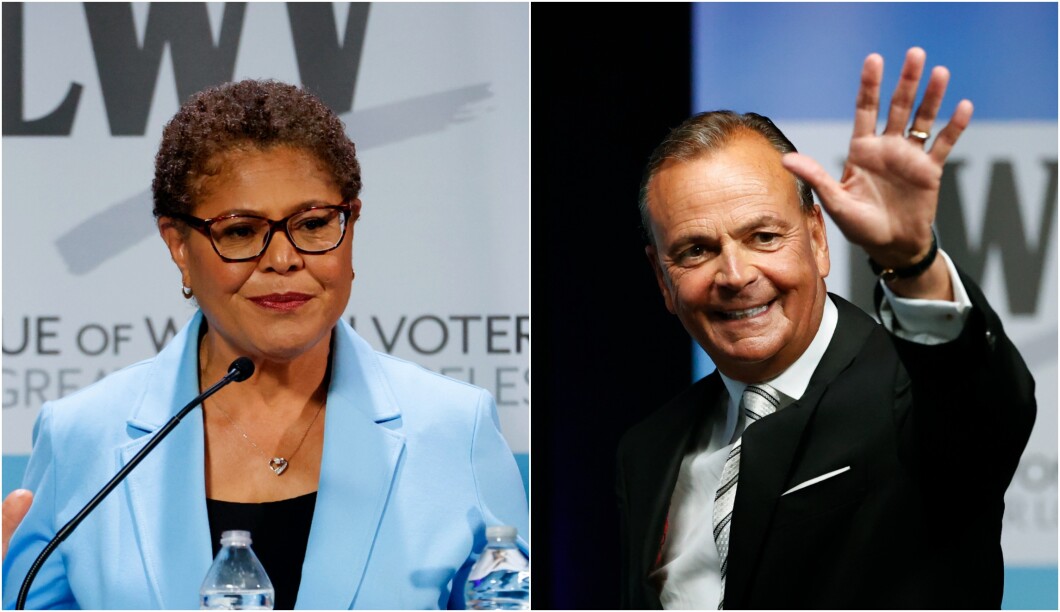 It’s primary day for California, and even though Gov. Gavin Newsom is on the ballot, his race isn’t the hot ticket.

It’s primary day for California, and even though Gov. Gavin Newsom is on the ballot, his race isn’t the hot ticket.

Everyone is watching the Los Angeles mayoral election, which has a completely new slate of candidates due to term limits for incumbent Eric Garcetti, a Democrat. And it looks like billionaire real estate tycoon Rick Caruso has a shot.

Caruso switched his party affiliation from Republican to Democrat right before the election, and he appears headed toward a runoff with Rep. Karen Bass (D-CA). A new poll co-sponsored by the Los Angeles Times shows Bass at 38%, with Caruso at 32%. Councilman Kevin de Leon is in third place at 6%.

California has a jungle primary in which the top two candidates advance. The state has long favored career politicians who move from one office to the next, but this time could be different.

Dissatisfaction with the economy, homelessness, and crime has caused more people to leave California than any other state during the pandemic, with most of the exodus coming from Los Angeles County, according to the U.S. Census Bureau. The mass migration caused California to lose a House seat for the first time in history.

Caruso could be viewed as the candidate to rescue Los Angeles from a steep decline, as homelessness seems to be on an ever-growing number of city blocks and as $6 gallons of gasoline and $800,000 homes are now a bargain in many places.

The billionaire has developed some of the city’s most luxurious shopping centers and has a bevy of celebrity friends, including rapper Snoop Dogg and socialite Kim Kardashian, who have given endorsements. Caruso has a war chest of $37.5 million in personal funds for his campaign, Politico reported.

He has promised to clean up Los Angeles and run the city more like a business, drawing comparisons to former President Donald Trump. The city has just two stars out of five on BestPlaces.net.

Last year, homicides increased 13% and robberies 6% despite a decrease statewide. To combat this, Caruso wants to refund the police and then some following a downward staffing trajectory in the wake of George Floyd’s death. He also wants to cut red tape at City Hall to get the economy moving.

Bass’s camp sees these as markedly conservative values and has said so during the campaign.

“He’s a fraud,” said one ad that compared him to Trump and highlighted his connection to Republican lawmakers. “We can’t trust Republican Rick Caruso.”