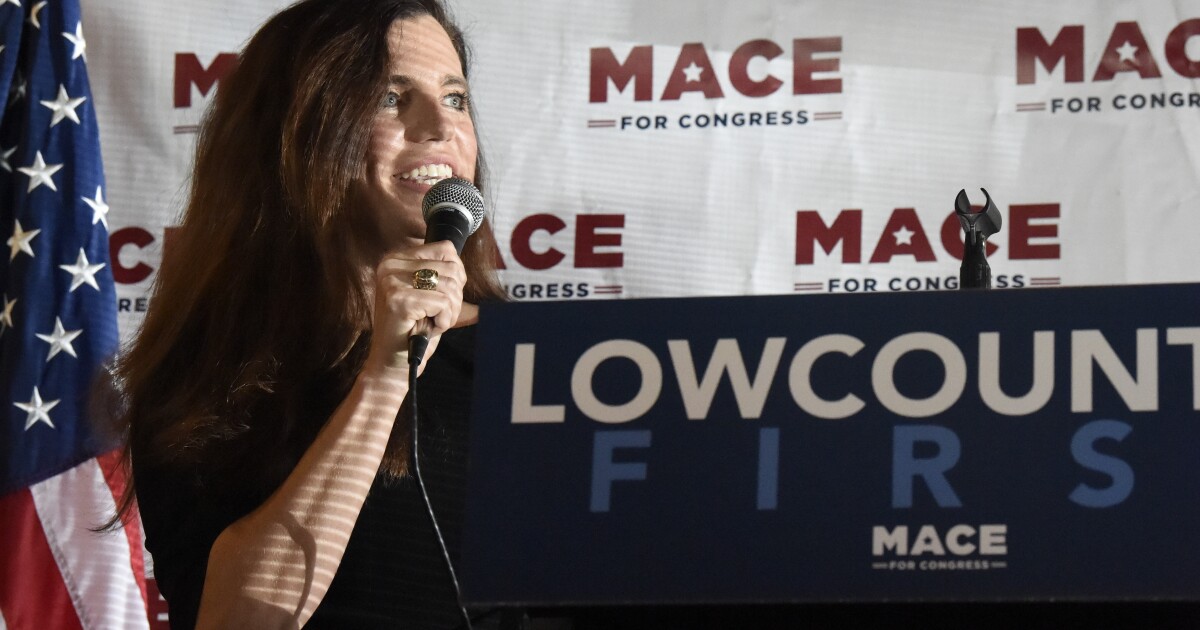 BEAUFORT, South Carolina — Rep. Nancy Mace (R-SC) voiced her support for bipartisanship in Washington, D.C., when she was confronted by voters on gun control legislation, underscoring a contrast with her Trump-backed primary opponent, Katie Arrington.

BEAUFORT, South Carolina — Rep. Nancy Mace (R-SC) voiced her support for bipartisanship in Washington, D.C., when she was confronted by voters on gun control legislation, underscoring a contrast with her Trump-backed primary opponent, Katie Arrington.

During an hourlong 1st Congressional District constituent event outside her Beaufort office, Mace spoke to two voters, condemning proposals “you can’t get Republicans and Democrats on board with.”

“If we can’t even do the bare minimum, we’re never going to keep our kids safe in school,” she said. “Somewhere in the middle is the truth.”

One voter, a self-described “raging Democrat” who denounced “pathetic” measures, thanked Mace for hosting the event, saying, “If it couldn’t be Joe Cunningham, it’s going to be you.”

At the same time, Mace was adamant she did not mind criticizing President Joe Biden and her Democratic Capitol Hill colleagues. She conceded that she does “get hot under the collar sometimes” after onetime aides complained about the workplace she leads and after GOP Rep. Joe Wilson from the nearby 3rd District announced he is backing Arrington.

“I get angry when people do stupid things or if you’re a dumbass or you lie,” she said. “I do take people to task, and I do it with both parties because I see some really dumb stuff happening. And it frustrates me.”

During their only debate last month, Arrington, a former state lawmaker, contended that Republicans should not “collaborate” with Democrats — or at least the party’s left wing.

“The Left [has] lost their mind. They’re unhinged,” she said. “[Mace] read the room wrong. She thought this district was a moderate district, and we are not. We’re conservative. We care about faith, family, and freedom.”

Mace remained undeterred Thursday, insisting that “this is and always will be a swing district” and citing Arrington’s 2018 loss to Democratic Rep. Joe Cunningham, whom Mace ousted in 2020.

“As a conservative, I represent more than conservatives in this district,” she told the Washington Examiner afterward. “There is a reason why I was able to flip it from Democrat to Republican, and there’s a reason why I’ll be able to keep it in Republican hands this year.”