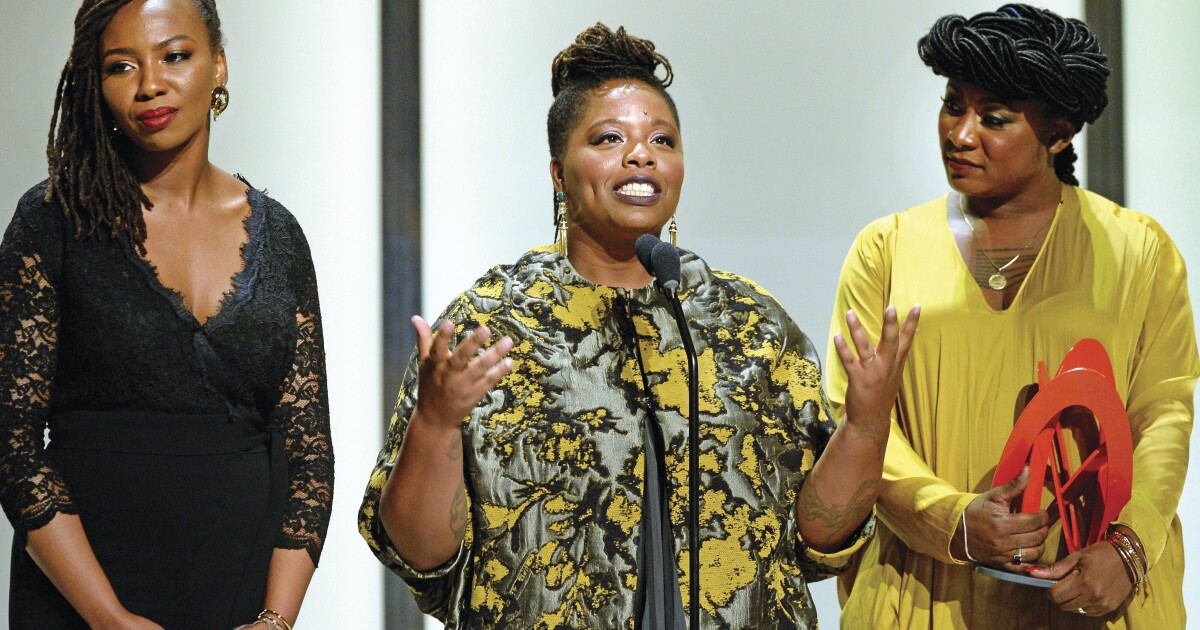 Major corporations that made a show out of cutting checks to the national Black Lives Matter group in the aftermath of George Floyd's police killing in May 2020 now have nothing to say about the charity's alleged self-dealing.

Major corporations that made a show out of cutting checks to the national Black Lives Matter group in the aftermath of George Floyd’s police killing in May 2020 now have nothing to say about the charity’s alleged self-dealing.

Seventeen corporations that publicly committed at least $100,000 to Black Lives Matter Global Network Foundation in the days following Floyd’s killing either declined to comment or did not respond to inquiries from the Washington Examiner asking if they approved of the charity’s use of their donations to purchase a $6 million mansion in Los Angeles secretly and award lucrative contracts to the family members and friends of BLM co-founder Patrisse Cullors, who had sole control over the charity until May 2021.

Cullors said in February after multiple states ordered BLM to shut down its fundraising operations that the charity “didn’t go out and solicit the money. … This is money that came from white guilt, white corporation guilt.”

Many of BLM’s major corporate donors released sweeping public statements saying their contributions to BLM would help improve the lives of black people in the United States.

“We stand in solidarity with the Black community and call for justice and change,” Ritz Crackers said in a June 2020 tweet announcing a $500,000 commitment to BLM. “We cannot be silent. Each of us has a role we can play. As such, we are committing support to the Black Lives Matter Global network Foundation and the NAACP with donations towards the fight for racial equality.”

BLM released nonprofit tax documents in May showing it used its financial windfall to purchase a $6 million mansion in Los Angeles with donor funds. Cullors said she stayed at the mansion for four nights after it was purchased in October 2020. She also hosted multiple personal parties at the mansion, including a birthday party for her child. The National Legal and Policy Center watchdog group filed a complaint in April against BLM alleging that its mansion purchase was a clear violation of IRS law.

BLM also granted $8 million to BLM Canada to help purchase a mansion in Toronto that cost the equivalent of $6.3 million.

BLM paid an art company run by the father of Cullors’s only child, Damon Turner, $969,000. Cullors’s brother Paul received $840,993 from BLM for “professional security services.” Paul Cullors is known mostly to have worked as a graffiti artist prior to launching his security firm in July 2020, according to the New York Post.

It’s not clear if BLM’s corporate donors vetted the charity or placed any conditions on their donations before they publicly promoted their financial commitments. Local black activists had complained for years prior to Floyd’s killing that the national BLM group wasn’t adequately supporting the movement’s grassroots activists.

BLM said in a February 2021 report that it raised $90 million in 2020 with an average donation size of $30.64, indicating that the vast majority of its financial support came from small-dollar donors.

“The death of George Floyd was treated as a global event. In the midst of this 24/7 news coverage, a lot of corporations may have jumped on the bandwagon and made a pledge or a donation without subjecting the charity or the people running it to normal due diligence procedures,” Styron told the Washington Examiner.

“As we saw with Bernie Madoff, once a few well-respected people or institutions invest their money into something, this lends credibility to it,” Styron added. “It can cause people to let down their guard and abandon routine due diligence. They reason that if this or that company is donating to this particular charity, then it must have already been thoroughly vetted, so it’s a safe bet for my company or me as an individual to donate to it, too.”

“Relying on the wisdom of the crowd can sometimes have dire consequences, as we see here,” she said.