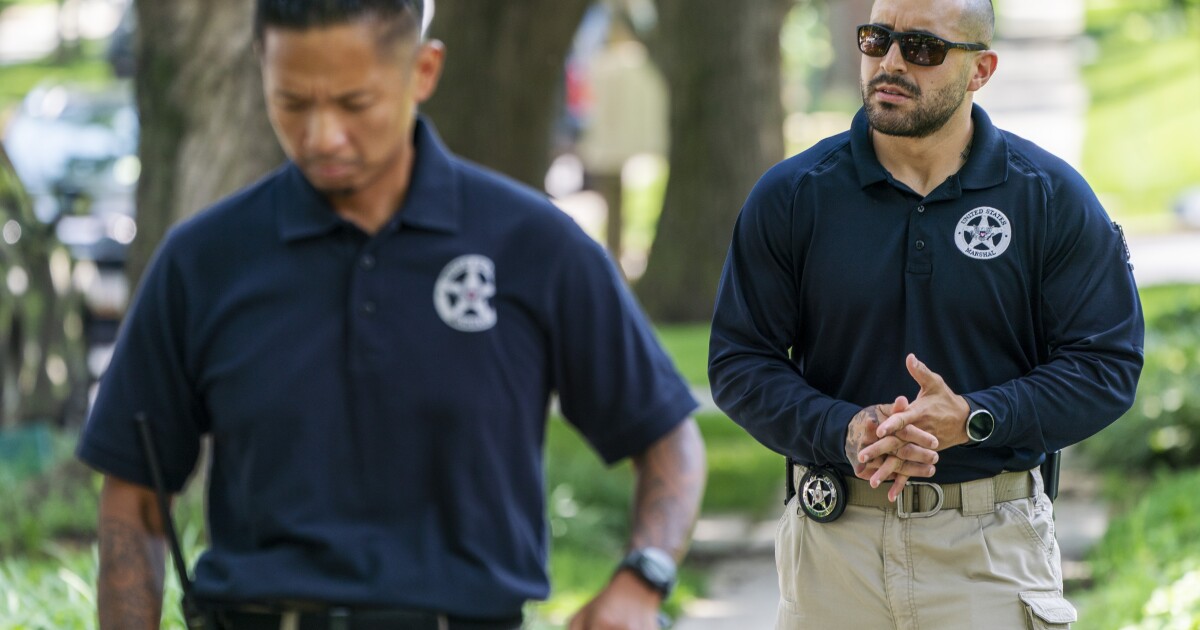 The man arrested outside Justice Brett Kavanaugh's home called police on himself after talking with his sister, officials say.

The man arrested outside Justice Brett Kavanaugh’s home called police on himself after talking with his sister, officials say.

The suspect, Nicholas John Roske, had flown in from California and got out of a taxi near the conservative justice’s home early Wednesday at 1 a.m. when he saw two deputy U.S. marshals standing outside their vehicle, according to the Montgomery County Police Department & Montgomery County Emergency Service. After he turned away from the house and walked down the streets of Kavanaugh’s neighborhood, Roske texted his sister, MCPD Chief Marcus Jones told the Washington Examiner.

“The suspect arrived by taxi and observed the U.S. marshals, and he turned around to contemplate his next move,” Jones said. “This is when he texted his sister and told her of his intentions, and she convinced him to call 911, which he did.”

Roske had been upset by the leaked draft of a Supreme Court opinion that signaled the court could be preparing to overturn Roe v. Wade, according to an FBI affidavit. He was also worried that in the wake of the mass shooting in Uvalde, Texas, on May 24 that Kavanaugh “would side with 2nd Amendment decisions that would loosen gun control laws,” the affidavit states.

Authorities arrested Roske after he called the police on himself, saying, “I need psychiatric help,” according to 911 call records that Maryland authorities released. Roske had a Glock 17 pistol, ammunition, a knife, zip ties, pepper spray, duct tape, and other items that he told police he was planning to use to break into Kavanaugh’s house and kill him, according to a criminal complaint and affidavit filed in federal court in Maryland.

Roske was charged with attempted murder on Wednesday and faces a maximum of 20 years in prison if convicted.

Roske’s visit to Kavanaugh’s house comes a month after an opinion from the Supreme Court apparently overturning Roe v. Wade leaked in early May. Since the leak, protesters have visited the homes of Justices Kavanaugh, Samuel Alito, and Chief Justice John Roberts.

The Supreme Court has started an investigation into the leak and more recently began searches into mobile phone data for high court clerks and required them to sign legal affidavits as part of the investigation.