For over a half century, American institutions of higher education have been guilty of promoting oikophobia -- hatred of one's own people and, more generally, Western civilization.

For over a half century, American institutions of higher education have been guilty of promoting oikophobia — hatred of one’s own people and, more generally, Western civilization. Instruction initially only occurred in traditional academic disciplines like English and Sociology where youngsters learned about America’s racism, sexism, and multiple other sins. Within a few years, America-bashing had its very own departments, notably Women’s Studies, Black Studies, and other “grievances studies” departments.

Remarkably, despite the plain-to-see pernicious impact of this “education,” it continues to thrive and expand. America-hating academics resemble drug addicts unable to achieve highs from the original dose and thus must move on to ever-larger amounts. At some point, alas, this addictive pursuit may prove fatal, and the same may be true in education as our schools continue to demonize America.

The latest installment of this national suicide on-the-installment urge is the burgeoning field of “social justice” as a separate academic major. This is not just sneaking in some criticism of Americas in a traditional history course; nor some freshman orientation lecture to exorcize white privilege. Far worse. This is ROTC for the woke.

The parallel are faith-based schools who train missionaries to spread the gospel. But unlike traditional missionary programs targeting heathens, these freshy minted preachers will spread the Doctrine of Woke to the elite. Why proselytize among the poor when you can preach the gospel at National Public Radio?

Academic programs in “social justice” are rapidly multiplying, and this includes our most prominent institutions such as Brandeis University, Rice, Smith, and Columbia plus multiple less prestigious schools.  There are also numerous master’s programs whose existence signifies that being a “social justice warrior” is a certified profession akin to social work. Such professional programs exist at Cornell, University of Michigan-Ann Arbor, Columbia University, George Mason, Harvard, and elsewhere. Long gone are the days when fighting against “injustice” was a voluntary “career” for unemployed rabble rousers. Today you may need a degree to join the demonstration against campus racism.

These programs promise decent jobs for those who learn how to disrupt society, albeit from a leftish ideological perspective. George Washington University’s Human Services and Social Justice Program is typical. Program graduates can look forward to careers in education, non-profits, philanthropy as well as healthcare and housing. Elsewhere students are enticed with careers in law enforcement, peace organization, legislative advocacy and, perhaps the biggest employer of all, government. Ever wonder why the environmental group the Sierra Club suddenly endorses reparations for blacks?  Here’s one answer — recently hired young social justice warriors pushed it.

This hoped-for transformation of America will be accomplished by thousands of youngsters now learning how to bring disruption thanks to schools that, to some degree, are taxpayer funded. When did the American public accept this new-found role for higher education? Would this evangelical crusade obligation survive a vote? I suspect not.  Few Americans want to be transformed by these woke youngsters.

These are academically flawed programs. Students are being told that they will advance “social justice,” but little if anything is said about the content of this enterprise. What, for example, does social justice entail when educating minorities?  Eliminating racial discrepancies in school discipline? Or, just as plausibly, reducing racial gaps in academic achievement, a goal that might entail imposing more discipline on black students. As promulgated by universities, promoting social justice will invariably reflect political fashions. Today’s racial justice may be tomorrow embodiment of systemic racism — recall how the call for defunding the police has suddenly cooled as the black-on-black carnage soars. Such complexities are all easily ignored in the clarion call for signing up for some simple-minded “doing good.”

Tellingly, programs tend to minimize the technical skills of policymaking in favor of just cataloguing the endless faults of American society. Improving the world requires competence in statistics, social science methodology, public administration, and avoiding these tough subjects almost guarantees failed policies. What about courses on the intricacies of voting rights and anti-discrimination law? Or how to find archival government data? As noted below, demanding mastery of these intellectually challenging subjects may well deny diplomas for those wanting easy-to-earn “sexy” degrees. Schools are thus graduating armies of do-gooders long on commitment and short on technical expertise.  No wonder that today’s progressive agenda overflows with unrealistic schemes that may make matters worse. Think of the disastrous consequences of “bail reform.”

Two factors may explain this newfound academic infatuation with “social justice.” First, the need for warm bodies, particularly black students, at a time when attracting students has proven troublesome. Specifically, college costs are skyrocketing — five times faster than family income since 1981 — and schools want students who can pay or to take on substantial debt. So, whether this means luxury-hotel-like dorms or trendy “gut” majors — got to fill the classrooms. Similarly, enrollments are in decline and, if that were not bad enough, add the growing threat of bankruptcy among many schools. Also, compared to teaching STEM, social justice is dirt cheap. It gets worse: enrollment of full-tuition students from abroad has sharply declined, so schools must now dig deeper into the domestic supply, and fashionable majors might be the solution.

As for recruiting blacks, the good news is that black college enrollment is about proportional to white enrollment. The bad news is that top schools are hard pressed to achieve proportionality, and easy-to-pass social justice majors might boost minority enrollment. Further add that recruiting social-justice faculty is a convenient tactic to hire blacks without having to satisfy traditional disciplinary standards.

The second explanation is ideological: program enrollees are the Left’s useful idiots in their transformative agenda. Cannon fodder, to be blunt. In some instances, this is also faculty economic self-interest. Fulminating against the misogynist patriarchy is far easier than pursuing serious scholarship, and together with inflated grades means larger enrollments that will put bread on the table.

Why is this political masochism tolerated?  Has any society allowed its educators to bite the hand that feeds them? Surely the well-being of colleges and universities is not more important than the survival of America itself. It is hardly the end of the world if a few colleges cease to exist due to falling enrollments. There are serious trade-offs here.

Imagine if American universities during the Cold War openly taught students how to advance communism?  For example, to infiltrate big-time philanthropic foundations to redirect their efforts to destroy the underpinnings of capitalism and private property. And do so openly, even boasting of this mission to attract students, particularly those from rich families. At least then, unthinkable. What has happened?

There is something very wrong here. 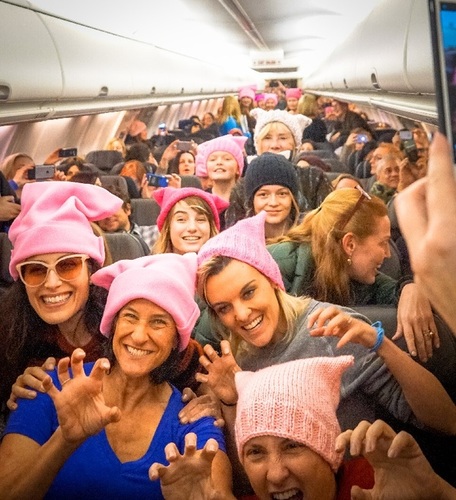