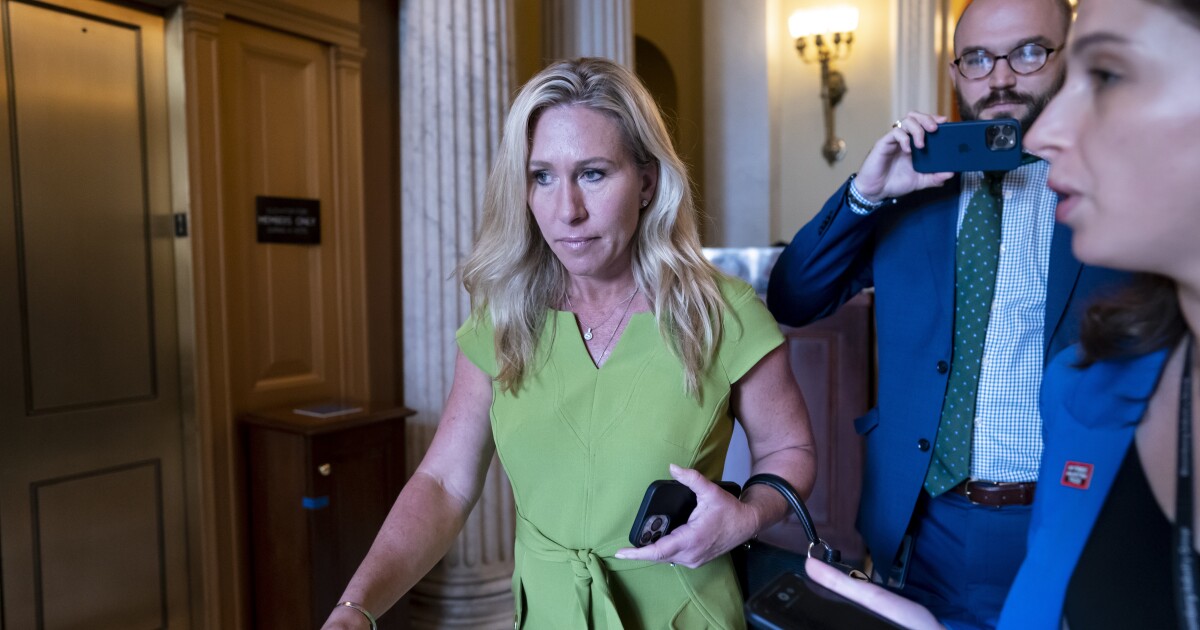 Greene said the shortage is “probably because men are buying tampons” and that tampons are being placed in men’s restrooms.

“I’m telling you the truth,” Greene said during an appearance on Right Side Broadcasting Network. “You can look it up. Look it up on the internet. Everything’s true on the internet.”

The major tampon manufacturers, Procter & Gamble, Edgewell, and Kimberly-Clark, have cited COVID-19-related limitations on employees’ ability to work and travel, shipping and transportation bottlenecks, and difficulty sourcing raw materials for the tampon shortage that has hit the U.S. over the last several months. Cotton and rayon, key ingredients for the manufacture of tampons, have been in high demand throughout the pandemic, which has also led to higher costs. Procter & Gamble, which manufactures Tampax products, the most popular tampon brand in the U.S., said the company has increased manufacturing at its Maine plant to operate around the clock to meet increased demand, according to Time.

Greene also alluded to other shortages plaguing the U.S. The Georgia congresswoman asked whether anyone has “checked the warehouses at the border where all the baby formula is stocked,” a reference to the baby formula shortage.

Has anyone checked the warehouses at the border where all the baby formula is stocked floor to ceiling on shelves?

Or maybe some men’s restrooms?
Apparently they are available there. https://t.co/q76NhRB1YE

The shortage is a result of both a recall of powdered formulas by Abbott Nutrition in February and supply chain problems caused by COVID-19. Abbott Nutrition’s plant in Sturgis, Michigan, where the recall had been ordered, became operational again on June 4, nearly four months after a mandated closure.